Education is the only way to free yourself from racism 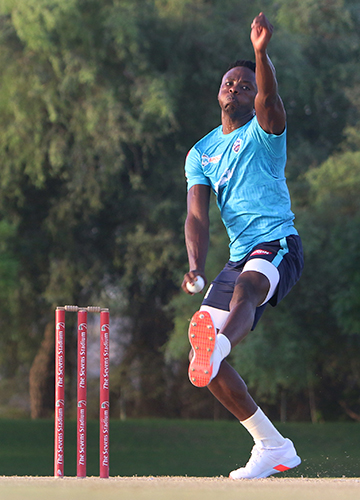 It is not easy to return from a long break and bowl brilliantly in your first game, even more so in the Super Over that sealed your team’s win. Kagiso Rabada did just that in the Delhi Capitals’ first match of the new Indian Premier League season. The 25-year-old South African has been the pace spearhead of his country for a few years now. He shoulders a similar responsibility in DC’s pursuit of an elusive IPL title.

Rabada is representing South African cricket during one of its worst phases. The national cricket board’s coffers are dry and it has been taken over by the national Olympic association; the board is facing allegations of financial mismanagement, corruption and racism. As the Black Lives Matter (BLM) movement picked up around the world, the cricketing world was not left untouched. And, a storm is on in South Africa, with the country still struggling to overcome the scars of apartheid.

It started with fast bowler Lungisani Ngidi stating that South Africa must take a stand on BLM like rest of the world, leading to several retired stars making public their experiences of discrimination as players. Their voices reiterated the fact that despite South Africa’s quota for coloured players in its cricket teams, inequality persists in terms of opportunities at every level.

In an interview with THE WEEK, Rabada shares his thoughts on the sensitive BLM movement and the need to educate society on racism. He also expresses how grateful he is to be able to play cricket at a time like this. Excerpts:

How does it feel to be in the IPL bio-bubble?

It feels surreal that we cannot leave the hotel. But you learn to look at the positives. The threat of Covid-19 is real. This [bubble] gives us a chance to bond with each other.

Having played no competitive cricket in five months, how hard is it to get back in form for a T20 tournament that is tough on bowlers?

It has not been too bad. I got in and slowly built [my form]. I guess it is because we have been doing this for many years. It does not take too long to get back to where you left off. The build-up has been gradual but steady.

We have analysts to give us an indication of scores. Generally, that gives an idea of how the wickets will be. Getting a feel in the nets also helps. We have a good idea of what to expect, but you never know what will happen in a game. As professional cricketers, it is about adapting to whatever happens.

What are your takeaways from DC’s season last year?

To be honest, why change something that has worked in the past? So we are going to play with the same attitude. The mindset is to win, but I think we have been gelling quite nicely as a team. That is what is important. My role is to try and not go for runs and to get wickets.

Recently in SA, past and present players expressed their views on BLM. What are your views?

West Indies legend Michael Holding was very emotional about it recently and spoke of how education can eradicate racism. Do you agree?

Yes, 100 per cent. Racism comes from somewhere. It does not just come by mistake. Racism is expressed in many ways. There are reasons why people are racists. So I think it is about understanding that. That is how you free yourself, make an informed decision and not just do something because others are doing it. The only way to do so is through education and from credible news.

Will you take the knee in the IPL?

I have already expressed that people know where I stand. But if they say we must, we will do it.

What is your main aim this IPL in terms of bowling? Is there pressure since DC is yet to win the IPL title?

For DC to win, I need to make sure I hit my straps. If I do, it increases the chances of winning. That is what I was talking about, team dynamics. If everyone performs, we give ourselves a real chance of winning. As a player, you want to come and play well, and understand that if you play close to your best on a consistent basis, the chances of your team winning are high.

How is it playing under a young skipper like Shreyas Iyer?

I have known him since our Under-19 days, so we have played together and against each other since 2016. He is quite cool and the same age as me. We have tried to keep in touch over the years and met at the NBA All-Star weekend in Chicago. A familiar face for me, Iyer has done well as captain so far. He is a solid player and an interesting guy.

How tough will it be for you mentally to play a long tournament like the IPL and remain in a bubble?

We came here to play cricket. That is what one must remember. We are actually grateful to be able to do it. So many people around the world are losing their jobs and we have an opportunity to come and earn, better yet, doing what we love. It is a bummer to not be able to go out and explore such a unique place like Dubai. But at the end of the day, there are too many blessings to count as opposed to the cons of being in a bubble.

➧ CSA mandates that in a season, the national team must field an average of six players of colour, including two black Africans