The fight goes on 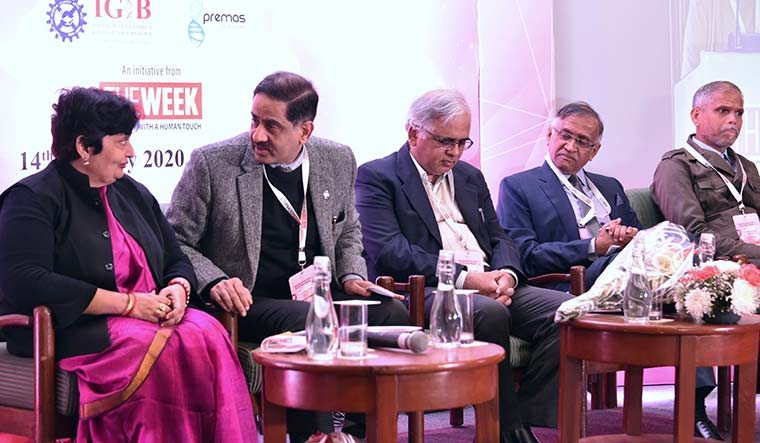 Screening for breast cancer and diagnosing it early are the only ways to win the war against the dreaded disease. The emphasis on preventive action and making women ‘breast aware’ was a key takeaway from a day-long THE WEEK Connect conference in Delhi. The theme was ‘expanding breast cancer care for Indian women’.

The event, which top oncologists, researchers, medical students, survivors and journalists attended, saw vibrant discussions on the disease that kills more Indian women than any other cancer. Experts from premier institutions such as AIIMS, Tata Memorial Centre and Institute of Genomics and Integrative Biology talked about the rising incidence of breast cancer and the genetic links, the importance and nuances of screening, the relevance of genome sequencing, latest treatment modalities, and the experience and practical issues that confront a patient.

The low survival rates for breast cancer patients (50 to 60 per cent) were “embarrassing” for a country that aimed to be the world’s leading economy, said Dr Shekhar Mande, secretary, Department of Scientific and Industrial Research, and director general, Council for Scientific and Industrial Research. Mande said the centre would undertake a large-scale genomic sequencing project that would help control diseases that affect Indians.

In her keynote address at the conference, Preeti Sudan, secretary, Union ministry of health and family welfare, said that the government had screened 92 lakh women in India for breast cancer at the health and wellness centres under Ayushman Bharat. “Of these, 29,820 women have been diagnosed with breast cancer, and 17,108 were already undergoing treatment,” Sudan told the audience. She also revealed how her mother was diagnosed with breast cancer at the age of 70—and recovered fully—and emphasised that women should be made aware of symptoms of the disease and report it early. “Though she was aware of it, my mother hid it from us. Women in India tend to hide the disease. They should report the slightest inconvenience,” she said. 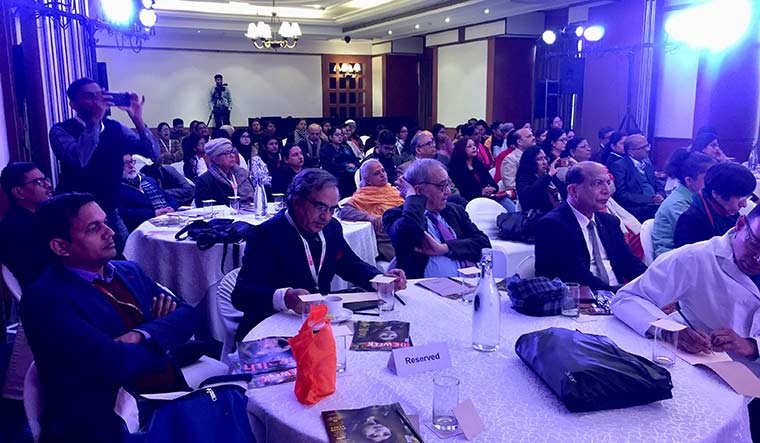 All ears: The audience at the breast cancer awareness event organised by THE WEEK in Delhi | Aayush Goel

To address the growing burden of cancer in India, Sudan said the government had approved 20 tertiary care centres, 18 state cancer institutes had been set-up and work was on to strengthen medical colleges. Under the Ayushman Bharat-PMJAY, the government was also providing 150 oncology packages to the needy. “I urge everyone to visit the newly set-up National Cancer Institute in Jhajjar, where the latest equipment for cancer treatment is available,” she said.

Dr Balram Bhargava, secretary, department of health research, and director general, Indian Council of Medical Research, said the government had embarked on an ambitious programme to screen for non-communicable diseases through the planned 1.5 lakh health and wellness centres. 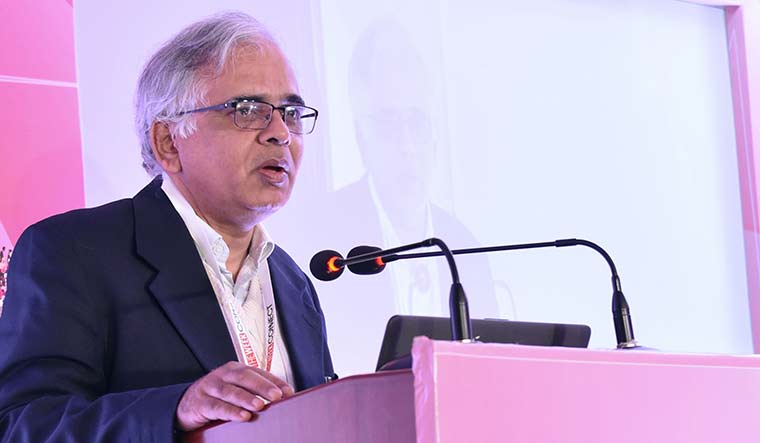 He also emphasised the importance of self-examination. “Though the incidence of breast cancer in Indian women is one-third of that in the west, the numbers diagnosed early in our country is much lower,” he said.

The department of health research had found, through several cancer registries, that breast cancer cases in India had doubled since 1990, he told the audience. “Affordability remains a key issue in our country. Treatment with a new drug such as Herceptin, which was giving excellent results in advanced breast cancers, for instance, costs Rs10 lakh to Rs12 lakh a year. The government is providing Rs5 lakh under Ayushman Bharat-PMJAY, but more needs to be done to fill the gap.” 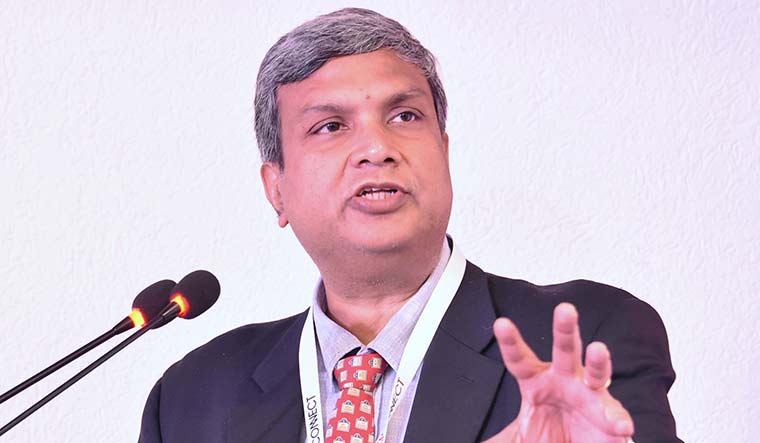 Younger, pre-menopausal women, particularly, needed to be more alert because their cancers were less receptive to latest treatments and more aggressive than in the post-menopausal women, several experts including Bhargava said.

In his presentation, Professor Ravi Mehrotra, CEO, India Cancer Research Consortium, highlighted the trends in breast cancer in India. “Eighteen lakh women in India have this cancer in this year, 2020, and 76 per cent are advanced, at stage 3 and 4,” said Mehrotra. Breast cancer is now the number one cancer in the world, he added. “It is a trend that has been seen across many countries undergoing transition... as economic standards improve, the cases of breast cancer go up, cervical cancer goes down,” he said. 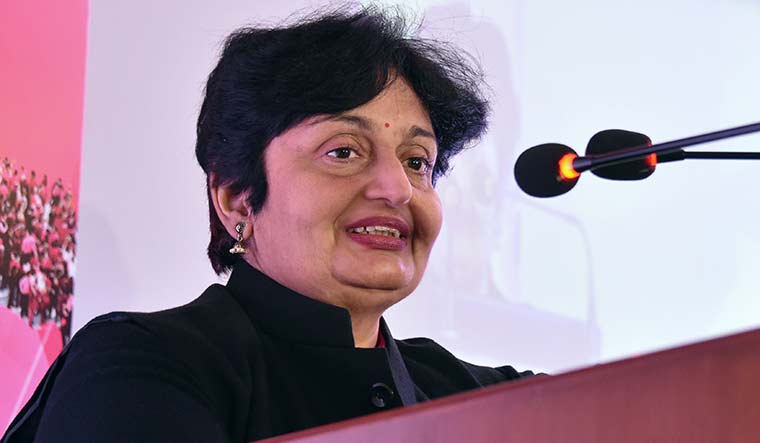 Several experts also deliberated on studies that have shown how breast cancer in India is different from that in the west. In India, the cancer peaks twice, and it is the more aggressive version of the disease. “In India, the cancer peaks first in the 30s and 40s [and later in the 60s],” said Professor Chintamani, department of surgery, Vardhman Mahavir Medical College, Delhi. “We see younger women getting it; this cancer is aggressive, and progresses fast. This is as opposed to an 80-year-old getting cancer, where the disease is not as aggressive... which is why our screening programmes have to be different.”

Professor Rajiv Sarin, Tata Memorial Centre, cautioned that India was staring at an “epidemic” in a few years. “One of the big risk factors is the changing lifestyle,” he said. “Though our numbers for breast cancer are one-third of those in the west, the numbers will soon catch up due to changing lifestyle, when women born in the 1980s and the 1990s reach their 50s and 60s.” 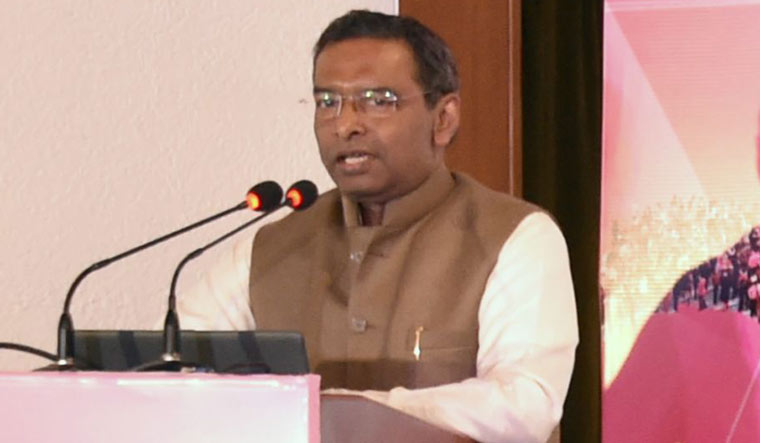 The pros and cons of mammograms, which have been a preferred, albeit controversial tool for detecting breast cancers in the west, were also discussed. “Screening through mammograms is an expensive modality for India, and would require trained professionals to interpret the images,” said Chintamani. “As of now, when patients walk into the clinic, they already have lumps, and are symptomatic and in need of treatment.”

Self-examination also does not work in younger women, when the breast tissue is dense, has more fat and the tumour is smaller than one centimetre, said professor H.S. Shukla, former dean, Banaras Hindu University and ex-president, World Federation of Surgical Oncology Societies. The women are able to detect malignancy themselves only after they are 45, he said, which means that a trained medical professional needs to conduct the examination. He added that mammography also works only after 40. 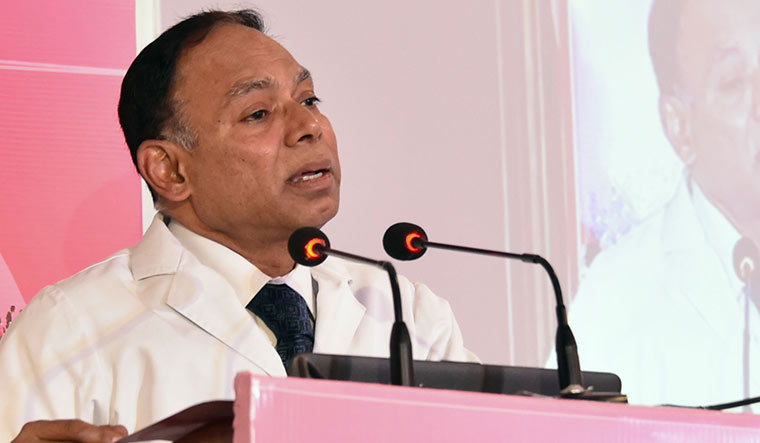 “In India, we have a shortage of radiologists. Besides, to interpret images, you need special training, too,” said Dr Anjali Agrawal, senior consultant and head, Teleradiology Solutions, Bengaluru, and general secretary, Society for Emergency Radiology, India. “In mammography, another issue is that the equipment needs high-quality maintenance, too. To overcome this issue, we can use ultrasound, which is cheaper and works especially in the case of younger women. However, the use of ultrasound, too, requires additional training since you are looking at a narrow body part, and specific characteristics of the tumour. There is also MRI, which is highly sensitive and is being used for younger patients in the high-risk category.”

Sarin also pointed out that the number of women who would have to be screened to save one life would run into hundreds and the government would need extensive resources to run such a programme. Instead, he emphasised on “low-hanging fruits”—genetic screening for women who had family history of the disease.

The conference also saw doctors and survivors narrate their experiences. “It is one of the few cancers that is curable,” said Dr Ramesh Sarin, surgical oncologist, Indraprastha Apollo Hospitals, Delhi. “Women should be made aware of that, including the risk factors. The death rate in the US has been going down progressively, owing to screening through mammography and early diagnosis. In India, too, we need to screen at least those who are at high risk of getting the disease.”

Dr Neeti Leekha Chhabra, founder and president of the NGO Yes to Life, said that the cost aspect of treatment remained an important factor. “Patients have to wait in long queues for treatment,” said the survivor. “The government is rationalising prices and putting caps on the prices of drugs, but they need to keep a check on production and distribution as well. Besides, insurance companies do not provide cover for you if you get cancer again.”

At the closing of the session, Dr Anurag Agrawal, of the Institute of Genomics, said that the way forward lay in capitalising on the silver lining—the willingness of different sectors to collaborate on the issue, the scope of early intervention, and, importantly, management of those who are diagnosed as high-risk patients. “To fight the disease, we need to understand the tumour through better studies using all novel technologies that are available,” said Agrawal. “Multiple partners such as those on the clinical side, research [side], [those in] technology, and academia, government and young entrepreneurs need to be brought together for a mega programme.”