My encounter with Xi Jinping's father 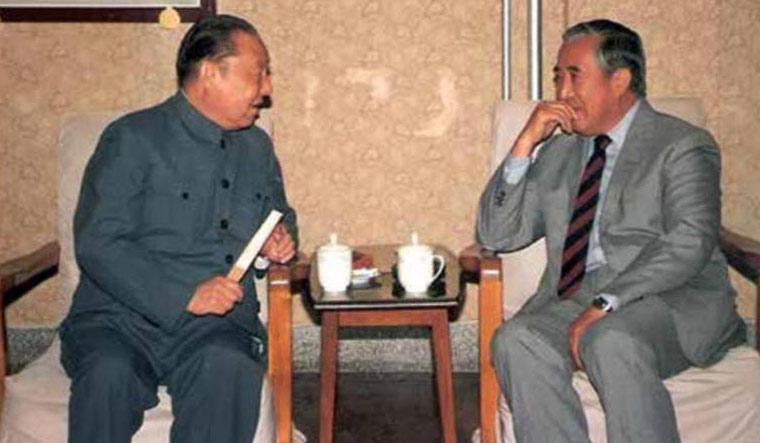 Xi Jinping is unlike any other princeling I knew in China. He was born in Beijing but he grew up in the countryside where he got brainwashed by Mao Zedong’s ideology. Today, he is the only second generation princeling who can be called a modern day Red Guard. It is the biggest qualification that sets him apart and could help him get a third term, if not life term, as president.

During the time I spent in China, I discovered that the princelings were brainwashed by the official line. I was there along with my father, Gyalo Thondup, who was the Dalai Lama’s first personal representative. From 1980 to 1993, I followed my father to China. It was during those visits that we got acquainted with Xi Jinping’s father, Xi Zhongxun. He was a politburo member and one of the leading officials who interacted with the Dalai Lama when he visited Beijing in 1954 to meet Mao. Xi Zhongxun was a reformer who realised that China had committed a lot of mistakes in Tibet. The Dalai Lama got along very well with him and even gifted him a Rolex.

I remember the time when Xi Zhongxun invited us for dinner. When we met him, he told us that they had arranged a trip to our homeland. “Where is our homeland?” we asked him. Xi Zhongxun replied that since we were born in Qinghai, we were being sent there. My father got very irritated and said, “But you promised us that you would send us to Tibet.” Xi Zhongxun, however, said it was not possible to guarantee our security there. My father told him that we were not interested in visiting Qinghai and that we were discontinuing the dialogue. He also announced that we would be returning to India the very next day. Xi Zhongxun was perplexed and promised that we would be allowed to visit Tibet the next time. But my father told him that the Chinese were not sincere.

Prior to our departure for India, I arranged to meet some Tibetans who had come to Beijing for a visit and gave them 10,000 photos of the Dalai Lama to be distributed in Tibet. So my father and I managed to outsmart our minders. But can anyone outsmart the modern day Red Guard? It seems like a tough job.

In my conversations with many second-generation princelings in and out of China, I have been told that Xi Jinping has only a basic education. His mindset is completely influenced by his idol Mao and his strategy is to get rid of all competition by using anti-corruption laws and the ruse of national security.

As the 20th National Congress of the Chinese Communist Party progresses, Xi Jinping is preparing for a third term at the helm. An important aspect of his last two terms has been the expansion of the concept of national security. He has turned national security into a key paradigm that permeates all aspects of governance. His quest for a comprehensive national security framework has resulted in a state of hyper-vigilance with wide-reaching impact on state-society relations, China’s economic growth model and the manner in which the leadership enforces its interests abroad. This “securitisation of everything” extends beyond Xi Jinping’s tenure and will continue to define China’s domestic and international behaviour until there is a substantial ideological shift.

The author is the son of Gyalo Thondup, the Dalai Lama’s elder brother and his former personal representative to China.