Taiwan's democracy can be a viable model for China: Kuomintang leader Chih-Yung Ho

He says Chinese culture is Taiwan’s valuable legacy and heritage 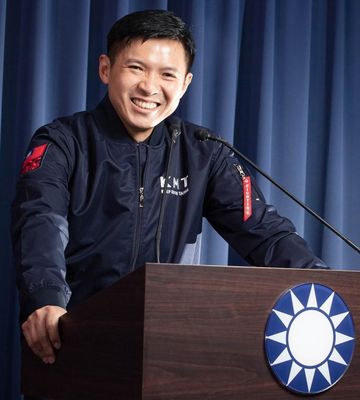 THE KUOMINTANG, the founding party of Taiwan and the island’s largest opposition party, is performing a delicate balancing act. Even as Taiwan encounters a major national security crisis, the Kuomintang tries to keep both China and the US happy at the same time. While China fired missiles and performed aggressive military manoeuvres in the Taiwan Strait after the visit of US House of Representatives Speaker Nancy Pelosi, Kuomintang vice chairman Andrew Hsia flew to China, much to the displeasure of President Tsai Ing-wen. Speaking exclusively with THE WEEK, Chih-Yung Ho, deputy director of the Kuomintang’s department of culture and communication, conceded that within his party there were different perspectives about Taiwan’s political future.

Q/ The Kuomintang looks like an ageing party with an old perspective.

A/ The Kuomintang traces its establishment to the Revive China Society overseas in 1894 supported by young revolutionaries. So, of course, we are a century-old political party. In the modern age, we hope to attract young people by convincing them that we are a moderate, professional and responsible force. On national identity, I believe that the Kuomintang should remain loyal to our history. Based on history and international law, Taiwan’s sovereignty belongs to the Republic of China (ROC). Since the times of the late Ming and Ching (Qing) dynasties, Taiwan has been an ethnic Chinese society, and more than 95 per cent of our population today are Han Chinese. While we inherit pluralistic western, Japanese, indigenous, and even southeast Asian influences, Chinese language and culture predominate. Chinese culture is Taiwan’s valuable legacy and heritage. We have a responsibility to preserve our Chinese culture in Taiwan, but also let it evolve and flourish with modern, creative Taiwanese characteristics.

Q/ How do you view the Chinese aggression in the Taiwan Strait?

A/ The Kuomintang has reiterated the importance of maintaining peace and stability in the Taiwan Strait. We urge authorities in Beijing to recognise the fact that Taiwan exists, and cease its coercive tactics so that cross-strait relations can move forward. We believe that international friends like Speaker Nancy Pelosi have a right to visit Taiwan. But both sides of the Taiwan Strait and international stakeholders like the United States should exercise restraint, so that we can avoid misjudgment from unnecessarily escalating tensions. As cross-strait tensions rise, Taiwan should stress that while it does not seek war, it is not afraid of defending its sovereignty. During times of peace, we should strengthen our military preparation so that we can safeguard the security and well-being of our people in the times of crisis.

Q/ Does the Kuomintang support Taiwan’s unification with China?

A/ There are diverse perspectives within the Kuomintang about Taiwan’s political future. Basically, the party is opposed to Taiwan’s independence and the “one country, two systems” formula proposed by Beijing. Our position is grounded in the ROC constitution and the party charter. In the interest of cross-strait peace and stability, we should maintain the status quo for now. But ideally we want Taiwan and mainland China to be peacefully reunified under a democratic political system, or at least develop peaceful relations. The 1.4 billion compatriots on the Chinese mainland should also enjoy a way of life based upon freedom, democracy and equitable distribution of wealth. We believe that Taiwan’s democracy can serve as a viable political model for the entire Chinese nation.

Q/ President Tsai Ing-wen completes her term in 2024. How do you see the next presidential elections? Do you expect greater Chinese interference?

A/ Chairman Eric Chu has pledged that the Kuomintang, after being out of power for eight years, will nominate the strongest candidate to run in the 2024 elections. We are working hard to democratise and modernise our party so that it can attract younger voters. We hope that in 2024, the people of Taiwan will give the Kuomintang an opportunity to move Taiwan forward. We are a sovereign state and we are proud that Taiwan is the first and only Chinese democracy in history. While we expect tighter policies and retaliatory measures against Taiwan, we call upon mainland China to respect the will and opinion of our people.