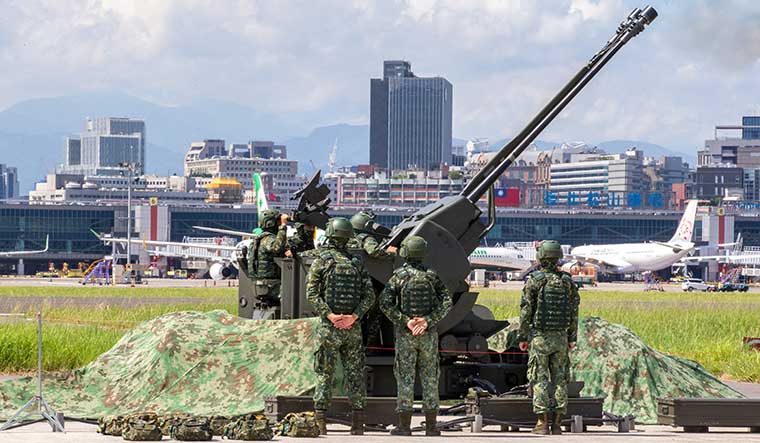 Getting ready: Taiwan Air Force soldiers operate an anti-aircraft gun during a military drill at Taipei Songshan Airport in Taiwan on August 8 | Reuters

Taipei is usually peaceful. Only an occasional horn or siren cuts through the gentle winds in the capital of Taiwan. Recently, though, something happened in the high skies and the deep blue ocean around it that has caught the attention of the militaries of several countries. On August 2, US House speaker Nancy Pelosi landed on the island and brought with her a political storm. Despite stern warnings by China, Pelosi flew in and met President Tsai Ing-wen. As soon as she left, the Chinese People’s Liberation Army Rocket Force (PLARF) fired multiple ballistic missiles, reportedly 16 of them, into the waters surrounding Taiwan as part of a series of military drills. Taiwan said 11 missiles were fired, Japan observed nine. Japan said five of the missiles landed in its exclusive economic zone, which has contiguous waters with Taiwan.

But, the bigger question being asked by the militaries is: Were there more missiles and, if so, where did they go?

Either the radar systems missed them or they were untraceable. The latter possibility is a matter of concern in missile warfare. A third possibility is that a few missiles failed immediately after China launched them. The discrepancy in the numbers can be a worry—especially for China—at a time when Russian missiles in Ukraine failed to hit targets and even malfunctioned, making the US sit up and take notice.

This is a scenario Xi Jinping would not want repeated after the Pelosi visit. Speculation is already on, and militaries of other countries are also talking about it in closed circles. Officially, there is no word from Taiwan, Japan or China.

“Unlike 26 years ago, when the Taiwan Strait missile crisis happened, we are watching China closely this time. If some of the missiles are missed, whether it is one or four is not the point. The fact is there is some trouble, which means that even if a fraction of their missile launch failed, it puts a big question mark on the PLA’s capability,” said Dr Ying-Yu Lin, assistant professor at the Graduate Institute of International Affairs and Strategic Studies at Tamkang University in Taiwan.

He claimed that the PLA’s capabilities were definitely not enough to engage in a full-blown military escalation on the Taiwan Strait. It is clear by now that Taiwan is not alone; friendly countries like the US can assist it in various forms, not just militarily.

“Therefore, China’s military exercises are a giveaway of their capabilities this time, which shows that only numbers do not matter,” said Ying-Yu. “You can fly as many missiles in different directions, north or south. What matters is the strategy that demonstrates the actual military capability of any force. If this was a joint exercise of the PLA forces, the strategy was missing.” 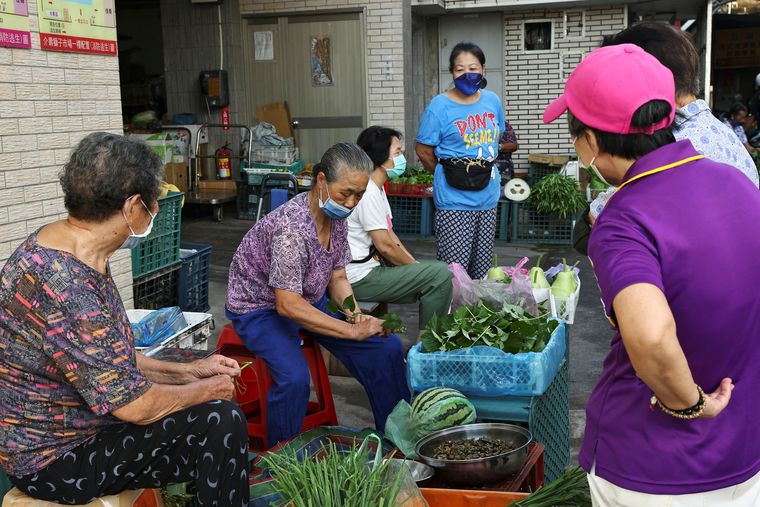 Life goes on: A vegetable market on Nangan island of the Matsu archipelago in Taiwan | Reuters

This is not the only reason the Taiwanese do not seem afraid of China, despite the looming threat of war. Another reason, a more pleasant one, is their opinion polls. Several institutions, including some international ones, regularly conduct surveys on current happenings and even ask the Taiwanese people their take on the government’s decisions. Around two dozen such public polls are published frequently.

One of the questions in two recent surveys—World Values Survey (foreign) and Asian Barometer Survey (Taiwanese)—was whether democracy was suitable for the country. Almost 90 per cent agreed.

The citizens participate eagerly in these surveys, and the findings are quoted in classrooms and conferences, and within military circles. The common man also takes cues from these polls to make up his mind about where he fits in with the China discussions and within the political spectrum of Taiwan. The two major parties are the ruling Democratic Progressive Party, with a green flag, and the Kuomintang, with a blue flag. Red is not an option in Taiwan. In fact, this reporter saw just one Chinese flag in Taipei. 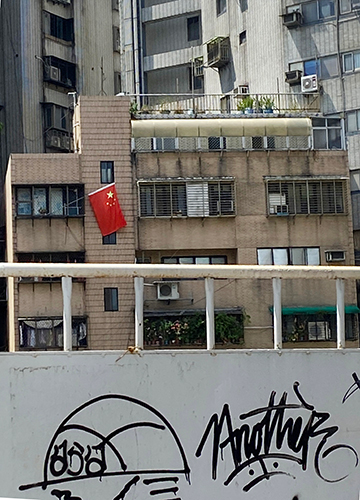 Xi Jinping might be the all-powerful leader in China, but when it comes to Taiwan—about 160km east of mainland China—his image apparently does not evoke the same reverence or fear. The latest political trends in Taiwan (what we call “waves” in India) do not bode well for him.

Most of the realtime opinion polls are conducted using landlines because mobile phones can be hacked. Different pollsters call Taiwanese households randomly, and most people do not hang up. They participate and are excited to see the results later. Slowly, some pollsters are moving to mobile devices, as many young people do not have landlines. This is likely to be a challenge for cyber defence teams in future.

As for the latest polls, there is one on Pelosi. In the Taiwanese Public Opinion Foundation survey, 53 per cent respondents welcomed her visit to Taiwan; 24 per cent did not. Also, 78 per cent said they were not afraid of Chinese drills; 17 per cent were. Political expert Fu-Kuo Liu agreed that most people welcomed Pelosi’s visit, but said that opinion polls were just for reference. “They are not to be taken too seriously as very few are conducted inside universities and are apolitical,” said Fu-Kou, who is executive director of the Taiwan Center for Security Studies. “So, if we see different public polls, the outcomes are different as they are indirectly supported by political parties.”

Other polls conducted at different times have shown that only a small percentage of the population was leaning towards unification with China. More than 50 per cent chose “status quo”, followed by those who wanted independence. The results keep varying, but the sentiment on the streets is largely pro-status quo.

This is not just a statement on Xi’s diminishing influence on Taiwanese society; it is also reflective of the popularity of President Tsai Ing-wen and her Democratic Progressive Party, which supports status quo. “President Tsai continues to insist that democracy is the way of life for people in Taiwan,” said Dr I Chung Lai, president of Prospect Foundation, a think tank based in Taiwan. “She emphasises Taiwanese nationalism. Within DPP, a section may feel that she rarely projects it as a driving force to resist China, but the fact remains that she openly supports democracy and that is something the people like.”