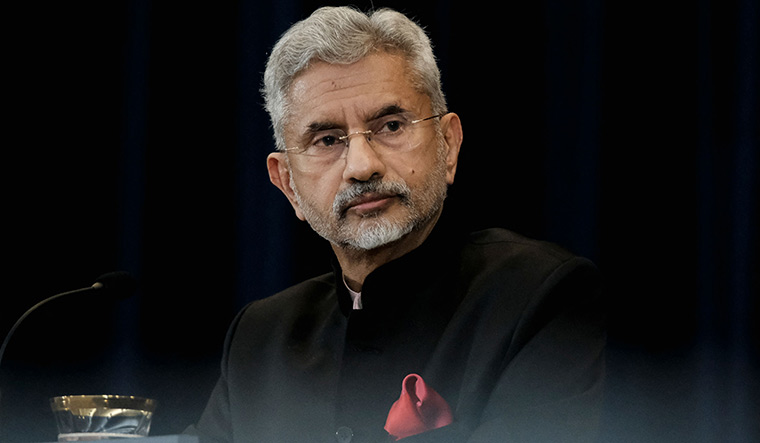 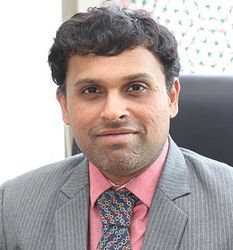 THERE IS A straight-talking toughness in the way India is expressing itself these days on the world stage. Call it self-confidence or swagger, it is a discernible characteristic of Indian diplomacy in the Narendra Modi era. India is displaying strategic clarity in defining its national interests, articulating what it thinks in unambiguous language, and pushing back without mincing words when its choices and stances are subjected to attacks in international forums.

Leading this assertive transformation is External Affairs Minister Subrahmanyam Jaishankar, who, while defending India’s domestic and foreign policies, has shown the mirror to foreign critics. When US Secretary of State Antony Blinken said, in April, “we’re monitoring some recent concerning developments in India, including a rise in human rights abuses,” Jaishankar retorted: “We also take views on other people’s human rights situation, including that of the United States.”

Adding that this particular issue was not central to the overall India-US strategic partnership, he explained that vested “interests, lobbies and vote banks” in America were driving a propaganda to smear India’s reputation. On an earlier occasion, he pointed to “liberal fundamentalism”, “prejudice and ideology” as the root causes of the anti-India campaign in the western media and said India’s “reputation is not decided by a newspaper in New York”.

When some western research institutions downgraded “the quality of democracy” in India, Jaishankar called them “self-appointed custodians of the world, who find it very difficult to stomach that somebody in India is not looking for their approval, is not willing to play the game they want to be played.” Pointing to the irony of US-based think-tanks berating India’s alleged intolerance and autocracy, he quipped that “nobody questions our election. Can you say that in those countries?” The reference was to Donald Trump’s refusal to accept Joe Biden’s election victory in 2020, and Jaishankar was conveying that India was not willing to be lectured and hectored by hypocrites.

Jaishankar has also done some epic takedowns of European sceptics who tried to embarrass him over India’s alleged complicity in enabling President Vladimir Putin’s war machine in Ukraine. On being asked why India was buying oil from Russia despite Putin’s invasion of Ukraine, he matter-of-factly reminded his interrogator that “our purchases for the month would be less than what Europe does in an afternoon.” At a high-profile forum in Slovakia in June, he challenged the moderator with an objective reality check and counter-questioned: “Is buying Russian gas (by Europe) not funding the war? It’s only Indian money and oil coming to India that funds it, but not the gas coming to Europe?”

There is a well-honed method in Jaishankar’s counterattacks. He first disagrees with the basic premise of prickly questions, turns the tables by citing empirical facts and asking the critics to introspect about the policies of their own countries, and then delivers the coup de grâce by hinting at a well-oiled conspiracy by partisan transnational forces who lack democratic credentials but want to dictate how the world’s largest democracy, India, should behave.

This counterpunch diplomacy is different from how Indian politicians and diplomats of the Cold War era fought fire with fire. The diatribes hurled during the Indira Gandhi regime, for example, alienated the west and cost India access to western markets and technology.

What Jaishankar is doing is more realpolitik-based and is aimed at sowing doubt about hate-filled lobbies that control intellectual discourse in the west. In the era of social media and ‘infowar’, India cannot remain a mute bystander as invectives are hurled at it using flimsy evidence or selective interpretations.

While engaging in international verbal duels, Jaishankar is careful not to antagonise the governments, corporations or the people with whom India has built deep bonds of trust, trade, technology and defence cooperation. The attempt is to isolate the critics in these countries as biased, uninformed and motivated persons or institutions, while not upsetting India’s broader strategic partnerships with these nations.

A similar tactical public diplomacy is evident in the way India has handled Muslim-majority countries. When they objected to derogatory remarks made by a BJP spokesperson and another functionary against the Prophet, India conveyed regrets and distanced itself from the remarks. But allegations of the Organisation of Islamic Cooperation (OIC) about “systematic harassment of minorities in India” were refuted as “motivated, misleading and mischievous comments.” It was a dualistic firefighting strategy meant to preserve India’s key strategic partnerships in West Asia, while attempting to discredit exaggerated accounts of India’s flaws.

India’s counterpunch diplomacy is unlike the crude, over-the-top belligerence of China’s ‘wolf warrior’ diplomats. Its combative style of public diplomacy is based on logical reasoning, factual narratives, and politely but firmly unmasking the double standards of the western liberal commentariat or of Islamists based in countries like Turkey and Malaysia.

Chinese strategists envy that India enjoys a ‘favourable international strategic environment’ compared with China, because western powers see in India a lynchpin for mobilising ‘international anti-China forces’. India’s so-called image problem has not hindered the enhancement of its strategic appeal and attraction in the west as a whole.

Yet, Jaishankar is giving it back forcefully when India is wrongfully portrayed in order to demonstrate that a rising power takes no nonsense and will not quietly allow ideologically misleading narratives to go unanswered. India’s soft power is at stake and hence the decision to go on a counteroffensive.

The information and broadcasting ministry is also getting into the act with a proposed new TV channel, Doordarshan International, which will present an intelligent and strategically sharp Indian perspective on ongoing international developments to world audiences. Much work lies ahead in countering negative stereotypes and patronising swipes aimed at India from foreign quarters. But Jaishankar’s sophisticated and hard-hitting ripostes have announced the arrival of a ‘new India’ that does not fear the consequences of standing up and speaking up for its bottom lines.