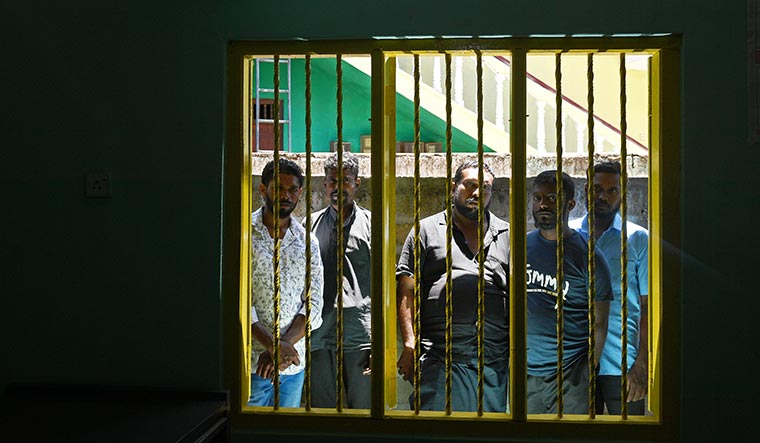 Free, for now: Lavakumar Lavan (centre) and his friends were released from jail after 18 months as the charges against them could not be proved | Bhanu Prakash Chandra

SELVANAYAGAM NESAN, 37, lay speechless for six days in a Colombo hospital. “I [was made to] drink Harpic kept for cleaning toilets. I could not withstand the physical torture,” he says. He says he was hung upside down, and was asked to sign a confession that he was linked to the Liberation Tigers of Tamil Eelam.

More than 13 years after the Sri Lankan civil war, many Tamils in the country’s north and east still fear persecution. The government has used the Prevention of Terrorism Act (PTA), 1979, to arrest what it calls dissidents and has allegedly tortured them into submission. Under the PTA, any “suspect” can be arrested without warrant for “unlawful activities” and placed in detention without being produced before a judge for 18 months.

“We do not have the right to even organise a remembrance event every May 17 to pay homage to our loved ones,” says Lavakumar Lavan, a friend of Nesan who held a Mullivaikkal memorial event in Batticaloa in the east in May 2020. The Terrorist Investigation Division allegedly abused him physically and verbally. Every May 17, Sri Lankan Tamils remember those who perished in the final battle, fought in the northeastern village of Mullivaikkal.

Nesan, Lavakumar and their friends Arumugam Gnanasekaran, Alagarathinam Krishnan and Singarathinam Sathiarasan were released last week as the charges against them could not be proved. All of them spent more than 18 months in prison. “We are used to this torture. We will certainly do it (organise the event) this year, too,” says Lavan.

“We are Tamils. No one protested for us when our women were tortured and physically abused,” says Leela Devi, whose son Anurajh surrendered to the army in 2009. She lives in Kodaigamam near Jaffna. “No one hit the streets to say that torture was against the law. The Sinhalese celebrated. I remember the day when the Sinhalese shared their traditional kiri bath (rice cake) to celebrate victory in the war. I cried for the Tamils. They are protesting because they are hungry. Not for rights.” 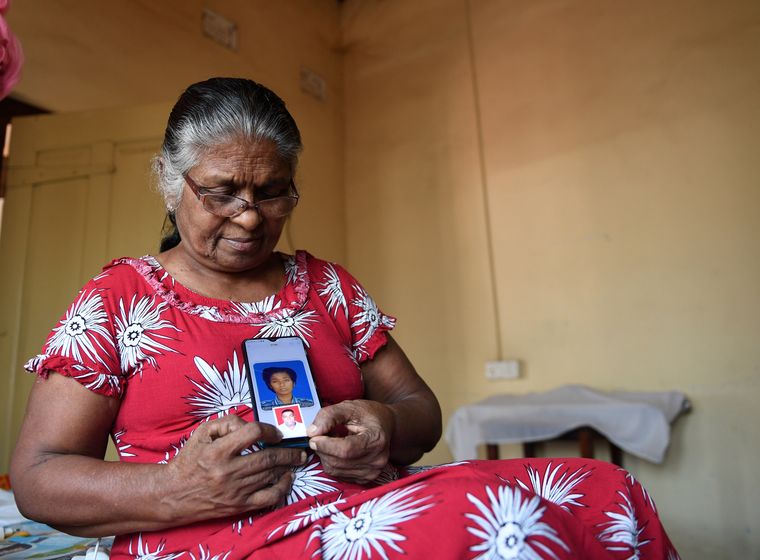 A 2020 report by the Human Rights Commission of Sri Lanka found that 84 per cent of PTA prisoners were tortured after arrest and they are regularly held for up to 10 years without trial. The Sri Lankan government has been accused of using the “draconian” law to stifle criticism. “The detention order can be renewed for a further 90 days and continue to be renewed for up to 18 months,” says Ambika Satkunanathan, a human rights lawyer and former head of the human rights commission. She has written several research papers on the “abusive” PTA. “The Sri Lankan authorities have acknowledged the inherently abusive character of the PTA but have failed to repeal it as promised,” she says. “The last government proposed its own legislation to replace the law, but failed to [do so].”

She recalls meeting a motorcycle dealer during one of her visits to the Boossa detention centre in the south. “He was arbitrarily detained,” she says. “By the time he proved himself innocent and came out, his business had fallen apart.”

Murugaiah Komahan, who was arrested under the PTA for his alleged links with the rebels in 2010, has started working for PTA detainees. His Voice of the Voiceless, in northern Jaffna, gives them legal help. “The confession statement [in such cases] is in Sinhala,” he says. “The detainee will be physically tortured and made to sign it.” Most of the detainees end up signing it even though they do not know Sinhala. “The police tried to force me to sign a confession,” he says. “When I refused, I was severely beaten. An officer even threatened to shoot me. When I complained to a judge about being tortured, I was beaten even more.” 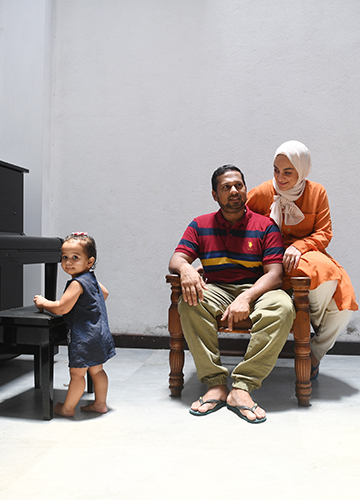 Komahan fasted for nine days in jail to protest his arrest. In 2016, he was freed for lack of evidence. But, even now, he is under constant surveillance.

For Joseph Freeda, who lives on Komahan’s office premises, it is not as bad as it was in 2009. However, the fear is still alive. Her husband, Vincent Florence Joseph, was an English teacher and a translator with the LTTE; he surrendered in 2009. He was released a few years later, but was arrested again during the pandemic. Freeda says Vincent had been tortured in jail. He was released soon after, but died of a heart attack. Freeda is alone now; her daughter, Nishani, who was part of the LTTE, disappeared before the end of the war.

Komahan’s friend Robert (name changed) does not want to talk about those dark days. He and his wife spent 23 years in jail under PTA. “We were tortured, beaten and harassed. I was in the Colombo prison during the war,” he says. He was first sentenced to 17 years, during which time there was no inquiry or leave. “The judge told me that I will be released if I spend 10 more years in prison. I signed the document because I did not know Sinhala,” says Robert. He eventually got out after six more years (taking away the leave, an inmate has to spend eight months in jail for a one-year sentence).

At Mullaitivu in the north, Ganesan Chithra Saraswathi, 58, is waiting for her son Dharshan to be released from jail. “I do not know for what he was arrested,” she says. “But I want him to come back soon to take care of his younger brother. I know my son was physically harassed.” Every month, she goes to see him at the Vavuniya court in the Northern Province when he is produced before the magistrate. The authorities had picked him up as he was with the LTTE during the last phase of the war.

Muslims in the country have also allegedly been targeted, especially after the 2019 Easter bombings, which killed more than 250 people. Hejaaz Hizbullah, a prominent human rights lawyer who had appeared in court against former president Mahinda Rajapaksa, was jailed on charges of hate speech and spent 22 months in jail. He was released on bail this February as the charges against him could not be proved. During the Covid-19 lockdown, Hizbullah had got a call saying that he has contracted the disease; he was asked to stay at home till the health authorities arrived. Hours later, Criminal Investigation Department officials reached his home and cuffed him for his association with Mohamed Ibrahim, the father of the Easter bombers. Hizbullah’s pregnant wife, Maram Khalifa, had to open his office room and get the files connected to the cases he was representing in court for Ibrahim. After hours of interrogation, even though they reportedly found no evidence, the officials arrested Hizbullah under the PTA. When no proof was found of his connection to the bombings, there came another case—a school supported by Save the Pearls, a charity he and Ibrahim were part of, was accused of preaching “extremism” and providing children “weapons training”. Again, the authorities could not establish any links, and, after international intervention, Hizbullah was let out on bail. “I was falsely implicated in a case that was in no way linked to me, because I appeared as a lawyer... against Mahinda Rajapaksa,” says Hizbullah.

Human rights activists and Muslim leaders point to Hizbullah’s arrest as an example of how the Rajapaksas have used the PTA to silence critics and gain political control of the Muslims and the Tamils.

The Lankan government apparently does not have comprehensive data on the number of PTA detainees. “It may be anywhere between 100 and 400,” says Satkunanathan. “At least 100 Tamils and 300 Muslims would be in prison under PTA.”