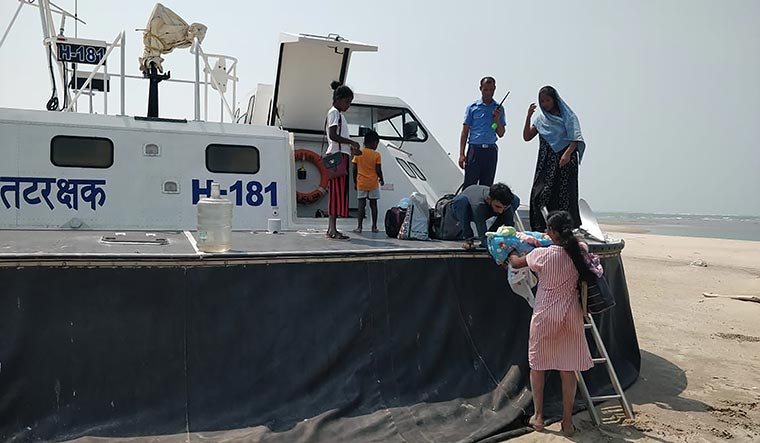 Return to safety: Mary Clary arriving in Dhanushkodi with her newborn, after she was rescued by the Indian Coast Guard.

ON MARCH 21, Mary Clary boarded a boat from Kokupadaiyan near Jaffna in northern Sri Lanka to Dhanushkodi in Tamil Nadu’s Ramanathapuram district. The 23-year-old made the perilous crossing with her husband and their newborn child. Mary knew the dangers involved in crossing the Palk Strait, but she was more worried about her child starving.

“My only thought was to flee hunger and feed my baby,” Mary told reporters as she landed in Dhanushkodi on March 22, after being rescued by the Indian Coast Guard. Mary, her husband, Gajendran, and the baby are now lodged in the Mandapam transit camp, an exclusive settlement for Sri Lankan refugees near the temple town of Rameshwaram.

Sri Lanka’s acute economic crisis has led to a new wave of refugees fleeing the country to find food and livelihoods. Tired of waiting in long queues for rations, Mary and 15 other Sri Lankan Tamils became the first group to flee to India. “We were dropped off in an island; we did not know the place,” said Diuri, a 28-year-old refugee. “Finally, we were rescued by the Coast Guard. I am glad we could reach here alive.”

A second group of refugees—10 people belonging to two families—landed in Dhanushkodi the same day. They were from Vavuniya, in northern Sri Lanka.

Hardly 30km from Sri Lanka, the coastline of Dhanushkodi has always been within the reach of distressed Sri Lankan Tamils. People have fled ethnic conflicts and economic crises in Sri Lanka to land in Dhanushkodi, live in camps there and, if they are lucky, migrate to Europe. Sivasankanthathai, a refugee from Vavuniya, said thousands of people were waiting to flee to India. “[We only want to] live a life free from hunger,” she said. “We don’t know how else to survive.”

“We can’t live there anymore,” said Sivasankanthathai. “We boarded the boat knowing that we would either reach India or perish in the sea. We were marooned for a whole day, unsure whether we would ever reach land. Finally, we reached Dhanushkodi.”

According to officials in Sri Lanka, those waiting to flee the country are mostly refugees who had returned after the end of the civil war in 2009. “Most of them were once refugees in India and came back in 2016-2017,” said an official in Jaffna. This time, though, the Indian Coast Guard is expecting the Sinhalese refugees, too, based on intelligence reports. 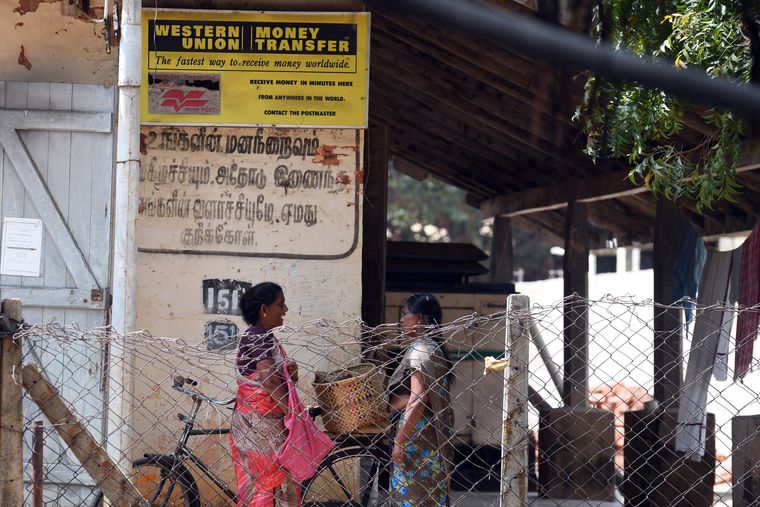 Tamil refugees from Sri Lanka first came to Dhanushkodi in the early 1980s, when the island nation was facing its first-ever economic crisis, forcing even the Sinhalese to flee. A few families landed in Tamil Nadu and then migrated to Bodh Gaya in Bihar and to other Buddhist pilgrim spots in India. They returned to Sri Lanka when the situation improved.

It was after 1983, when the Liberation Tigers of Tamil Eelam began to lead the insurgency, that the influx of Sri Lankan refugees to India grew. As per records of the Tamil Nadu government, at least 1.34 lakh Sri Lankan Tamils fled to India between 1983 and 1987. In 1990 alone, around 1.22 lakh Sri Lankan Tamils landed in Dhanushkodi. The Rajiv Gandhi assassination in May 1991 changed India’s attitude to Sri Lankan refugees, though. Between 1991 and 1995, around 55,000 refugees were sent back.

In 1995, when the ethnic conflict in Sri Lanka plumbed new depths, the flow of refugees increased again. Crowded boats from the island nation continued to reach Indian shores throughout the 2000s, and 108 refugee camps were set up across Tamil Nadu. The influx touched a new high during the last phase of the war in 2008, pushing the total number of refugees who had crossed the Palk Strait since 1983 to 3.04 lakh.

According to the United Nations High Commissioner for Refugees, at least 11,283 refugees returned to Sri Lanka between 2009 and 2012, after the war ended. Nearly 1.01 lakh refugees still live in Tamil Nadu. Among them, as many as 58,822 Sri Lankan Tamils—or 19,000 families—live in the 108 refugee camps in the state, while 34,087 people live outside the camps and are registered with the local police.

Of the 16 refugees who recently landed in Dhanushkodi, at least four people had earlier lived in refugee camps in Tamil Nadu and returned to Sri Lanka in 2017-18. “My mother lives in a refugee camp in Gudiyatham (in Vellore district),” said Diuri. Her hope, she said, was that she would be able to live with her mother. 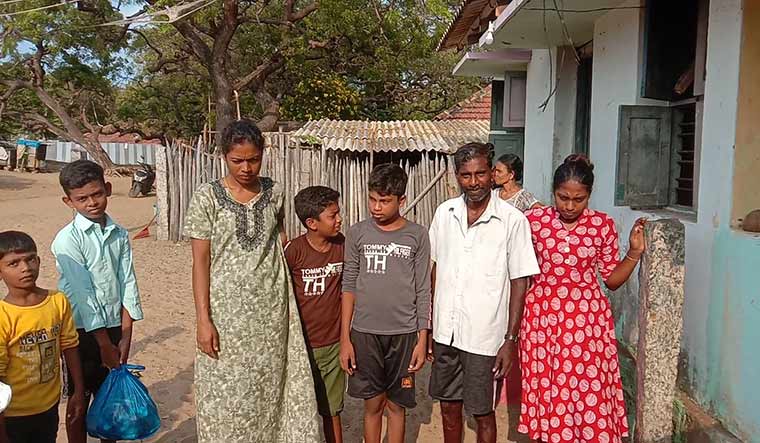 Better prospects: Most refugees who are already in India refuse to return to Sri Lanka.

But, if refugees fleeing the war were given asylum earlier, Diuri and others have been detained now for attempting to illegally enter India. In the absence of laws concerning refugees in India, some of them have been booked under the Passports Act and the Foreigners Act. They cannot be given asylum or granted refugee status, apparently.

“This is the first time in decades that refugees have come during an economic crisis,” Jacintha Lazarus, the Tamil Nadu government’s commissioner of rehabilitation and welfare of non-resident Tamils, told THE WEEK. “There is no refugee law in place in India. The rule position is that when they come because of armed conflict, they can be detained as illegal migrants. But we decide on a case-to-case basis. But for an economic crisis, that [provision] is not there. So we are waiting for the Union government to tell us what to do.”

On March 23, a day after the new group of refugees arrived, the adults among them were remanded to 15-day judicial custody in Puzhal Central Jail in the outskirts of Chennai. Two children were allowed to stay with their mothers in the prison. Diuri’s nine-year-old daughter, Esther, was sent to live with her mother at Gudiyatham.

“Life is better here,” said Sothilingam, who came to the Mandapam camp in 2006. “I don’t want to go back to Sri Lanka. My children are studying here.”

Sothilingam, who hails from Vavuniya, works as a labourer in Rameshwaram. He still remembers the horrors of the last phase of the war. “One of our neighbours was sexually harassed by the Sri Lankan army,” he said. “We could not help her, even though we were next door. As there were women in my family, too, we decided to flee the country. Life is peaceful here, but we are not happy since we are not in our homeland.”

Welfare schemes announced by successive Tamil Nadu governments have benefited most refugees in the Mandapam camp. Apart from rice distributed free of cost, each refugee family gets Rs1,000 as monthly assistance. The DMK government has promised to build 3,510 houses and renovate 7,469 houses for them. It has also vowed to provide assistance for children who are seeking higher education.

The inmates of the camp have come to the help of the new refugees, supplying them with essential items. A friend of Sothilingam who did not want to reveal his identity said the situation was dire. “There is famine in our homeland,” he said. “How can people live there?”