'There is no crisis': Central Bank of Sri Lanka governor 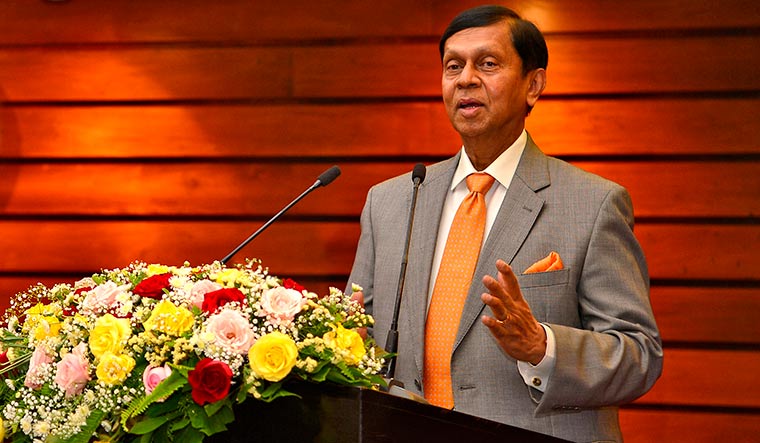 In an email interview with THE WEEK, Ajith Nivard Cabraal, Sri Lanka’s new central bank governor, denied reports of food shortage in the country. While he admitted that there were economic “challenges’’, he added that recovery had started. The Rajapaksa loyalist also stressed that debt owed to China was not the cause of financial problems. Edited excerpts:

Q/ Is there a food shortage in Sri Lanka? The country seems to have invoked emergency regulations because the banks have run out of foreign exchange reserves to finance imports.

A/ No. There is no food shortage. We have invoked emergency regulations to counter hoarding.

You cannot say we do not have money to finance imports. Imports have increased by over 10 per cent this year. There have been excessive imports of certain food items, particularly sugar, which is being hoarded to create an artificial shortage (to make more profits).

Import of turmeric and certain other spices has been discontinued as farmers were able to grow required quantities. There is no shortage of turmeric or any other spice.

Q/ The government’s overnight decision to go 100 per cent organic is being seen as a threat to the country’s food security. What was the rationale behind it, during the pandemic?

A/ The government’s decision of growing 100 per cent organic food has been discussed for more than 10 years, in the face of the massive increase in kidney-related and other diseases in the country. The need to change over to organic food cultivation had also been referred to in the manifesto of President Gotabaya Rajapaksa.

In implementing this strategy, the government is well aware that there would be challenges, and already, many challenges have been addressed while special teams are working to deal with those that are emerging. The outcomes so far have been reasonably satisfactory, with many stakeholders in the different processes adjusting well. Therefore, the government is confident that this vital transition to organic cultivation would take place quite smoothly. As with any major change, there are pockets of resistance and various groups continue to lobby against this decision. Such resistance has sometimes been picked up by various local and international agencies and used to convey a more-than-actual resistance.

Q/ What about the economic crisis? The Sri Lankan economy shrank by 3.6 per cent last year. By when do you expect to recover?

A/ That is true. But, the economy is growing by an estimated 4.5 per cent this year. 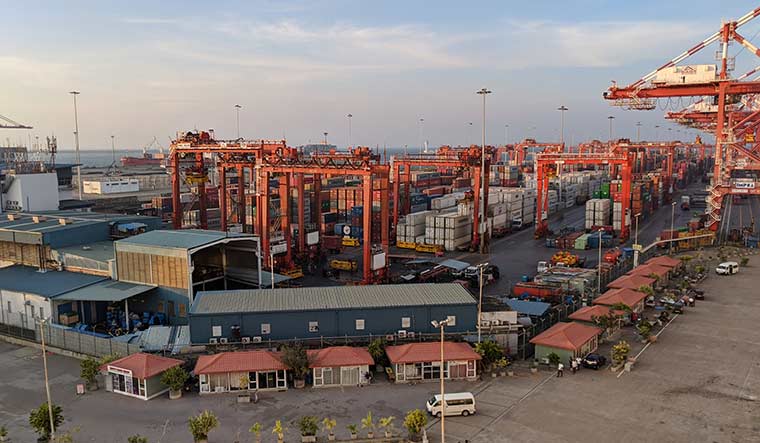 I want to reiterate that there is no food crisis, and accordingly there is no crisis to recover from. Inflation is in mid-single digits. Every single debt instalment has been paid on time. Of the Covid-vulnerable population, 99 per cent have been vaccinated with the first dose, while 65 per cent have received the second.

Exports and remittances are rising. The banking system is vibrant and stable. New Laws for the Securities and Exchange Commission and Colombo Port City have been passed recently—this will encourage future investment. Interest rates are at reasonable levels. The LKR (Sri Lankan rupee) has faced challenges, but is now stabilising.

Therefore, while it is true that Sri Lanka is facing economic challenges, just like all other countries, the situation is being managed satisfactorily. Improvements are taking place in Sri Lanka even amid the pandemic.

Q/ But Sri Lanka’s Central Bank increased the interest rates to shore up the local currency, say policy analysts. Is this true?

A/ It is not true. Increasing the interest rates was a Central Bank action which dealt with the anomaly where the local currency interest rates were less than the Forex interest rates. The situation was addressed with a suitable policy action.

A/ Forex reserves dropped in July because of the settlement of $2 billion of international sovereign bonds within one year. But, the reserves increased to $3.8 billion by the end of August. Sri Lanka can also access a [currency] swap of $1.5 billion from the People’s Bank of China, which means available reserves are around $5.3 billion. With the expected inflows, there is no risk of [being unable to] settle due payments.

Q/ What is the debt that Sri Lanka owes to China and what is the annual interest? Is this pulling the country into greater financial trouble?

A/ The debt payable by Sri Lanka to China is around 10 per cent of Sri Lanka’s total debt. In fact, there are several other creditors who hold larger shares of Sri Lanka’s debt. Therefore, it cannot be said that Chinese debt is causing any financial trouble to the Sri Lankan economy. Many projects have been supported by Chinese loans and that has been an important factor in Sri Lanka’s growth over the past few years. Furthermore, there is a perception that the interest rates of Chinese debt is higher than what is charged by others. That is not so. In fact, the rate of the interest paid for international sovereign bonds is substantially higher.

Q/ Economists recommend going to the International Monetary Fund to get help to tide over the current challenges. Will Sri Lanka go to the IMF? If not, why?

A/ Some economists think the IMF is the panacea for all economic ills, while others can only see a crisis, but no solutions. From the time the new government came into office in late 2019, these economists seem to be fixated on an IMF solution. They fail to understand that the IMF can’t bring 2.5 million tourists who would deliver inflows of $4.5 million or increase worker’s remittances or increase gem exports.

Nevertheless, the government has assessed the challenge and has already developed a realistic plan which deals with the pandemic-induced economic problems, including debt, reserves and investment. Those plans are now being implemented and the government is confident that with the effective implementation of those plans, the current weaknesses would be addressed.

In these circumstances, there is no need for Sri Lanka to go to the IMF and thereby cause unnecessary pain to its lenders and investors.

Q/ How long does the government think it will take to come out of this food and economic crisis?

A/ I want to reiterate that there is no food crisis, and so, there is no crisis to come out from.

Further, this year, Sri Lanka will record an economic growth of over 4.5 per cent. Inflation is in mid-single digits. Every single debt instalment has been paid on time. Of the COVID-vulnerable population, 99 per cent have been vaccinated with the first dose while 65 per cent have received the second. Exports and remittances are rising. The banking system is vibrant and stable. New laws for the Securities and Exchange Commission and Colombo Port City have been passed recently, which will encourage future investment. Interest rates are at reasonable levels. The LKR has faced challenges, but is now stabilising.

Therefore, while it is true that Sri Lanka is facing economic challenges just like all other countries, the situation is being managed satisfactorily.

Q/ What kind of support is Sri Lanka getting from India? What more are you looking for?

A/ India provided initial support to Sri Lanka in the first phase of the pandemic when it provided the first few consignments of vaccinations. Also, it has supported several projects. There is also support by way of investments by several Indian companies in the Sri Lankan economy.

Over the next few years, we would like to see more Indian businesses investing in Sri Lanka, and such support to the economy would definitely be very helpful. Investment that is already committed towards the Western Terminal of the Colombo Port is one of the larger investments that is due to be undertaken by an Indian company. We hope for more ventures of the Indian private sector into the Sri Lankan economy.