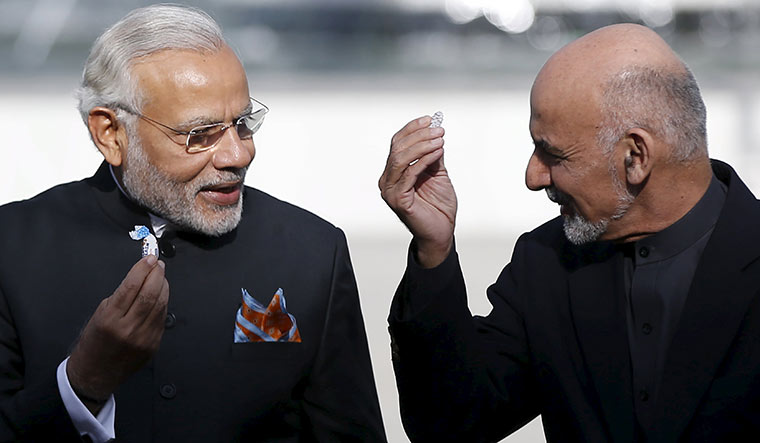 AFGHANISTAN IS ON the edge again. Emboldened by the vacuum created by the retreating western forces, the Taliban is steadily gaining control over Afghan territory. Despite claims that it is not keen on disrupting urban infrastructure, the fight for control between the Afghan military and the Taliban is intensifying in cities like Herat.

Even as the Taliban wrests territory by force, it talks the language of peace, claiming that is the first option for resolving internal differences. The world has acknowledged that the Taliban is a reality in Afghanistan that cannot be wished away. For any conversation towards the country’s future, the Taliban is a stakeholder they have to speak with. The Taliban, eager for legitimacy and acceptance, is in a mood to talk, and every country from China to Switzerland is having conversations with the group.

India may perhaps be the only entity to show extreme reluctance in engaging with the Taliban, as it would be against the country’s stated policy of talking only with the democratically elected representatives of Afghanistan. The jury is divided on whether India has already missed the bus to the Hindukush, though it is generally accepted that some good opportunities have certainly gone by. “Ideally, India should have reached out in 2018 itself, we have lost much leverage,’’ said Kabir Taneja, a fellow of the strategic affairs programme at the Observer Research Foundation.

Both Indian government and the Taliban are vehement in denying that there have been any efforts at conversation. In June, when External Affairs Minister S. Jaishankar visited Doha, there were reports that he had met with the Taliban leadership. But the ministry of external affairs denied it as “false and mischievous’’. Yet, most observers are certain that India has made some backend efforts at reaching out, but the conversations, if any, appear not to be making much headway. The Taliban is on the offensive mode with India. Some days ago, it said the air attack over Lashkar Gah, the capital of Helmand province, in which a hospital got bombed, was done by helicopters India had supplied, and called it a “war crime”.

While India has resolutely kept its boots off the Afghan soil, it helps train military cadres. In 2019, India gave Afghanistan four Mi-35 attack helicopters and three Cheetah light helicopters. On the one hand, there is pressure from the Afghan government for spare parts to keep these aircraft operational, while on the other, the Taliban sees these gifts as India taking sides in an internal conflict.

India’s decision to evacuate staff from its consulate in Kandahar last month underscores the threat India perceives from the Taliban. India has spent between two to three billion dollars in Afghanistan in various development projects. It has also helped capacity building, training Afghans in establishing democratic institutions, and grass-root level empowerment. Afghanistan has been a good example of the success of India’s soft diplomacy. The goodwill for India is immense among the people of Afghanistan, who flock to Indian cities for education and medical care. 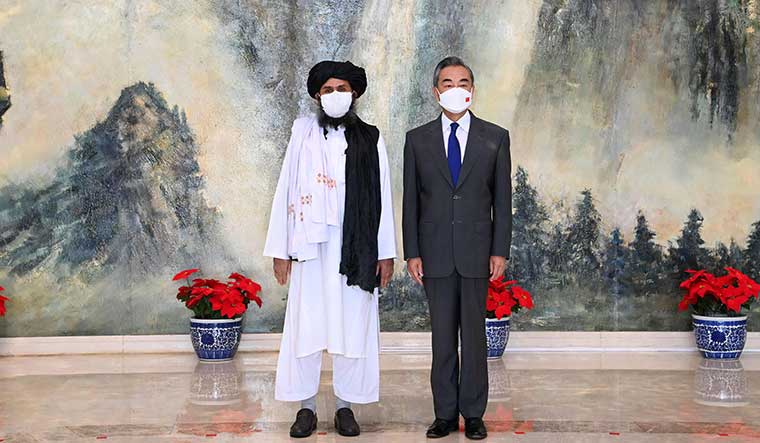 “That goodwill will continue, irrespective of the future,” said Manjeev Singh Puri, former Indian ambassador to Kathmandu. The Taliban, so far, has not targeted any of the big Indian projects, well aware that those will be required even when it comes to power. However, with the Taliban’s recent anti-India outburst, the future seems uncertain.

Engaging with the Taliban, observers say, is crucial if India wants to keep its infrastructure in Afghanistan secure. The Chabahar project, which gives the landlocked country a sea port access in Iran, may have met blocks towards further development. But, even in its present form, it gives India access to Afghanistan bypassing Pakistan. Keeping this connectivity secure is crucial.

Much of India’s success in Afghanistan hinged on the US providing the so-called peace. With the Americans leaving, time has come for India to engage with other big stakeholders in Kabul. Russia is an important player, it even brokered intra-Afghan talks in 2018. It is strong on engaging with the Taliban and is critical of the Afghan government’s “hypocritical” approach to the talks.

India is swiftly being edged out from many new groupings around Afghanistan, because of its reluctance to part with historical baggage. The US formed a new quad with Pakistan, Uzbekistan and Afghanistan. China is grouping with Pakistan, and Russia has several initiatives, including one with the US, China and Pakistan.

So, what really happens if India misses the bus to Kabul? Given that the US blueprint on Afghanistan has nothing about economic reconstruction, India might be facing a bleak future. Predominant Pakistani influence and rise in regional terrorism are the likely adverse outcomes. With China already thinking of extending the China-Pakistan Economic Corridor to Kabul, the toe-hold India had on Afghan soil could be stomped out ruthlessly.

So how does India salvage the situation for itself? It needs a special envoy for Afghanistan reconciliation, as most countries like the US, Russia and China have. “We need to talk to everyone, even the Taliban, even if that causes a domestic backlash,” said an observer, requesting anonymity.

“We need to engage at special multilateral platforms on Afghanistan,” said Puri. “With India in the UN Security Council right now, we are ideally placed to initiate discussions on peace in Afghanistan.” Could a UN-led peacekeeping force be an option?

The Shanghai Cooperation Organisation contact group for Afghanistan and the Russia-China-India trilateral, too, are opportunities. Though equations with China have dipped because of the border conflict, and with Iran over New Delhi toeing the US line against it, India has to engage with both over Afghanistan.

A bolder approach could be to support Mullah Yakub, one of the two deputies in the Taliban leadership, against Sirajuddin Haqqani, whose Pakistani affiliation is greater. India’s aim, according to observers, should be to ensure that while the Taliban becomes part of Afghanistan’s legitimate future, it does not become the absolute power in Kabul. “We don’t want to meet the Taliban for the first time in the parliament building we built in Kabul, do we?” asked Taneja.

The great game is on. And if India wants to stay in it, it has to play with extreme dexterity.