Scared yet pragmatic, Afghan youth prepare themselves to face a civil war 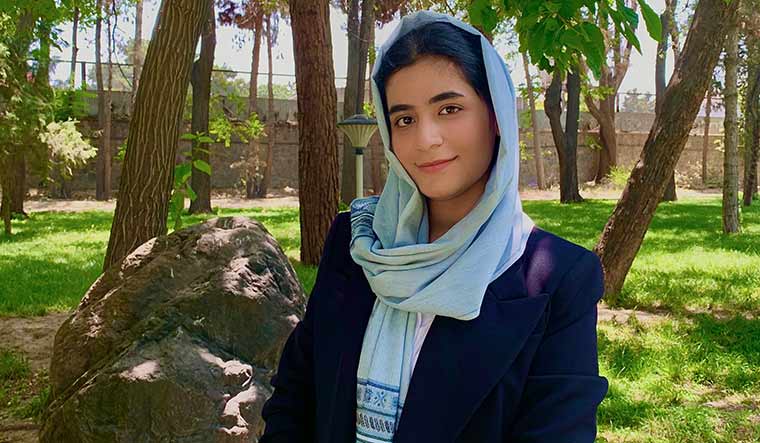 Uncertain future: Razma Parwani, 20, returned to Kabul from India, where she studies economics at Delhi’s Jamia Millia Islamia, a few months ago.

RAZMA PARWANI, 20, is upset. She grew up hearing that peace was just around the corner in Afghanistan. “But we are spiralling back into a civil war,” she says. Parwani is angry with the US. “They came uninvited into a messy situation, made it a bigger problem and have now dumped it on us, leaving without resolving anything,” she says. She is angry with the Taliban, which is putting up posters in provinces saying women cannot step out without a male escort. She is angry with fate. “We were a generation with dreams. We thought we would take Afghanistan towards progress and development. I wanted to be that symbol of hope for my country. My dream is shattered,” she laments.

Parwani returned to Kabul from India, where she studies economics at Delhi’s Jamia Millia Islamia, a few months ago, and the initial thrill of homecoming soon fizzled out as power supply became patchy, internet connections weak and news from the provinces scary. “We go to bed every night in the fear that the Taliban will take over, and we wake up every morning wondering whether the city has fallen. Is this any way to live?” she asks.

For a generation of Afghans who grew up in the post-Taliban era, the developments of the last several weeks—western forces withdrawing, the Taliban growing stronger and the threat of anarchy looming large—is a return to a past it had only heard about, or vaguely remembers. “We grew up with experiences Afghanistan had never had,” says Samiullah Mehdi, 37, a Kabul University lecturer and journalist. “We experienced freedom of expression, a connectivity with the outside world, given our isolation for decades. Women got a chance at education and employment. We took part in a dozen elections [since the Taliban’s fall in 2001]—four presidential, four parliamentary and several provincial ones. Afghanistan is a young country; 75 per cent of our population is under 35. I am already an old man. This war, therefore, is on the new generation. That is why they are attacking schools and colleges.”

As this generation sees the country slipping back from gains of past years, it grapples with a gamut of emotions—anger, fear, disappointment. It feels betrayed by the west and its own leaders. “We had 20 years and billions of dollars coming in as help, yet our leaders were not able to secure our homeland,” says Jebrael Amin, 28, who works with the US-aided District Peace Dialogue, helping remote communities become self-sufficient. His tours have stopped now, and stress has eroded his devil-may-care demeanour. The fun-loving boy I met in Kabul three years ago wanted to live life to the maximum, because “one never knows when a suicide bomber decides to say ‘Allah hu akbar’ and take us away with him”. 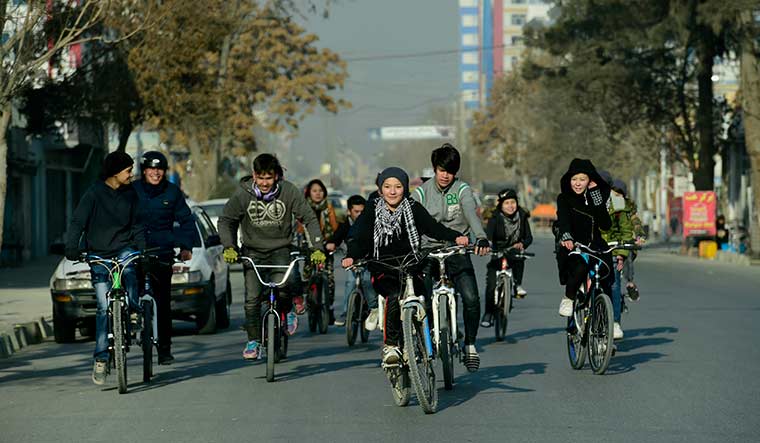 Today, Amin is an insomniac, grateful if he can get two hours sleep. Sleep mostly brings nightmares. He dreamt of being beheaded one night; another time, he was in a battle, gun in hand, but with no courage to shoot. He has lost 10kg, as he works out plans to secure his family.

Amin would rather not leave Afghanistan. He hated his stay in Pakistan, where his family fled to during the earlier tumult while he was still in the womb. “The Pakistani boys used to address me as ‘you mohajir (refugee)’,” he recalls. “I hated them. I got into so many brawls.” 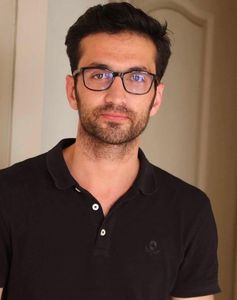 The scramble to leave the country has begun. Some are slinking out illegally, the pandemic-induced closed borders making it harder to do so. Choices are further whittled as many do not want to go to Pakistan, as they blame it for their present problems, and Iran is in its own turmoil. Most prefer Turkey, with hopes to get into Europe. Some are seeking refuge in Uzbekistan, Tajikistan and even India. “This is a regional issue, not our problem alone. The help from our neighbours is very important, before it becomes a bigger problem,” says Wahaj Raz, 25, with a wisdom belying his age. He had started a cement supply business, but no one is thinking of building anything right now.

The passport office and the one issuing the national identity card are seeing serpentine lines. People are braving the baking heat for hours to get their documents in place, in case they have to flee. The internal exodus, too, has begun, with villagers fleeing towards cities. Kabul, already bursting with internally displaced refugees, is bracing itself for more.

After the Taliban damaged some supply stations, most of Kabul is without electricity. Residents fear that while the capital is still secure—most of Taliban’s gains are in remote provinces—it could come under siege if the Taliban secures the highway that brings in supplies from Uzbekistan.

Although global leaders believe Taliban is the reality Afghanistan has to reckon with, and are therefore involving it in intra-Afghan peace talks, this generation rejects the Taliban. “They will not change. They have proved it with their proclamations about women,” says Rikhteen Momand, 33, from Jalalabad. 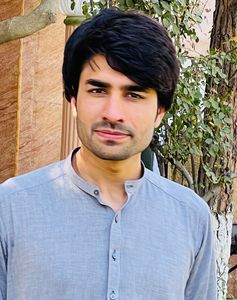 There is, however, a sliver of hope, even though Amin says he is now searching for it with a magnifier. News that Taliban has captured 80 per cent of the country, say the youth, is just propaganda. “They have taken over 100 of 400 districts,” explains Mehdi. “Taken over means they have control of the district government and police offices; it still does not mean they have control of the entire land.”

Kabul airport has installed an anti-missile system; our troops are well-trained, they say. “For some time now, our forces were providing the bulk of security. The western troops had reduced their help,” says Mehdi. That the Taliban is struggling to hold onto territory gained, like Qala-e-Naw, capital of Badghis province, gives Afghans hope.

This is a pragmatic generation. “There will be peace one day, but not tomorrow. First there will be a civil war,” says Momand. They know that the price of that elusive peace will be high—many will lose lives, livelihood and homeland. But the crowds at Slice, a popular fast food chain in Kabul, give a peek into the minds of these youngsters. They are making the most of whatever good time they can grab, Covid restrictions notwithstanding, before they brace for blood and battle. That is the resilient Afghan spirit.