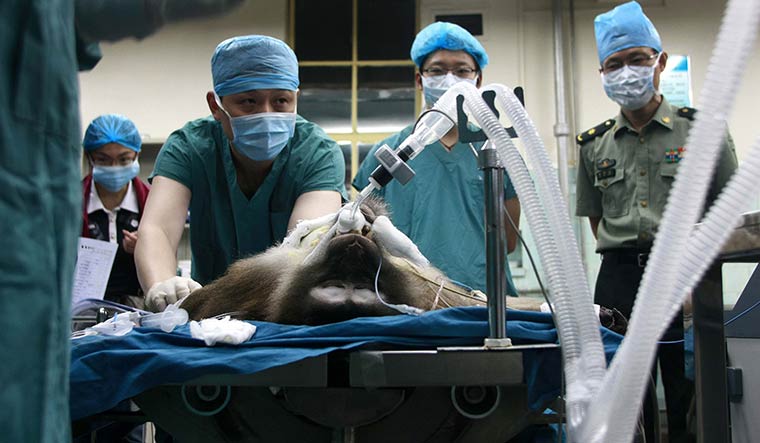 Frontier science: The liver from a transgenic pig being transplanted into a Tibetan macaque at a military hospital in China’s Shaanxi province | Getty Images 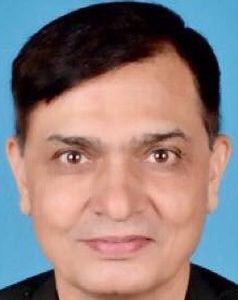 Iain Stewart, the president of Canada’s Public Health Agency, recently defied the country’s parliament. He refused to share details of why a Chinese scientist couple was expelled from a high-security microbiology laboratory in Canada in 2019. Stewart said the details being sought by parliament were “extremely sensitive or potentially dangerous”. The media had earlier reported that the couple not only helped ship two dangerous viruses from the laboratory to China’s Wuhan Institute of Virology, but also trained a researcher affiliated to the People’s Liberation Army (PLA).

In 2020, after the US Justice Department indicted six Chinese researchers for hiding their PLA connection, more than 1,000 PLA-affiliated researchers fled the US because of similar charges. Even senior scientists from prestigious institutions like Harvard University and Massachusetts Institute of Technology have been indicted for allegedly working for China. The pattern is clear: PLA’s hunger for technology acquisition is as insatiable as China’s hunger for world domination.

PLA used to look at war as a battle of wits that could be won with trickery and deception. But, about 20 years ago, it realised that its old strategies were inadequate for present-day warfare. Thus began its quest for technology. In 2002, the PLA strategist Bingyan Li wrote in the journal China Military Science: “We should make traditional strategy merge with modern science and technology and scientific methods to restore the original intent of the Sun Tzu strategy.”

A 2003 paper in CMS cautioned that unless PLA combined high-tech weapons and improved stratagems, it will not be easy to win military operations. PLA has since been focusing on mechanisation, information technology and artificial intelligence.

In 2013, a landmark development in biotechnology attracted PLA’s interest. A revolutionary tool called CRISPR made the process of gene editing easier, quicker, cheaper and more precise. It enhanced scientists’ capabilities to create designer microbes, crops, livestock and even human babies.

The PLA lost no time in exploring the possibilities. In 2015, its scientists and strategists saw biotechnology as a “new strategic commanding heights of the future revolution in military affairs”, and they strived for “biological deterrence” and “militarisation of biotechnology”. With its jun-min ronghe (the civil-military integration programme), China now leads in trials of CRISPR in animals and even in humans. Its scientists have already produced designer pigs, monkeys, mice, rats, rabbits and dogs. In 2018, a Chinese scientist shocked the world when he claimed to have created three human babies with gene-editing technology. Such research is considered unethical and unsafe worldwide. Though the Chinese authorities reportedly jailed the scientist later for his “illegal medical practices”, it is now suspected that China’s military leaders are supporting human gene-editing trials.

The Academy of Military Science (AMS), which is directly under China’s Central Military Commission, oversees military research and doctrine development. China overhauled AMS in 2017 to further sharpen its focus on technology. The divisions dealing with doctrinal development were consolidated into two new institutes: the War Institute and the Military Political Work Institute. Three institutes that dealt with technical research and were earlier directly under PLA—the Military Medicine Research Institute, the System Engineering Institute, and the National Defence Science and Technology Innovation Institute—were brought under AMS. 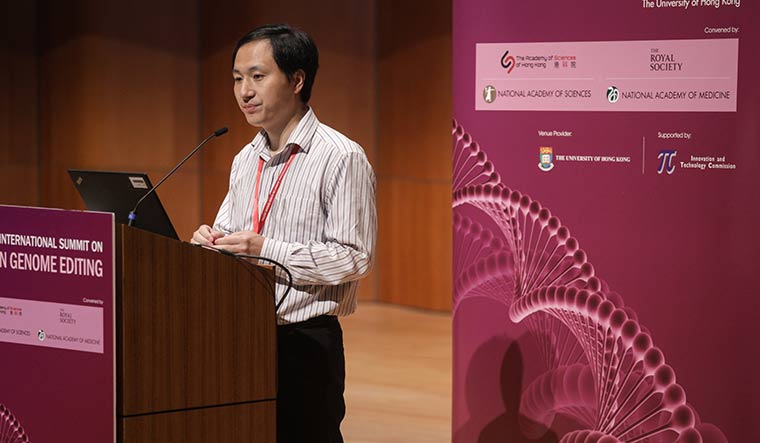 Under jun-min ronghe, AMS has also created linkages with several private biotechnology companies and scores of Chinese civilian universities for training military scientists and pursuing defence research. The Beijing Genomic Institute, the largest Chinese biotech company, is working on several PLA projects. Though the company reportedly accepts only its academic alliance with the military and denies other linkages, its opaque system of reporting further raises doubts.

Many PLA-associated universities have brazenly sent thousands of researchers abroad to learn crucial technologies, wrote Alex Joske in a report for the Australian Strategic Policy Institute. “There is a growing risk that collaboration with [Chinese] universities can be leveraged by PLA or security agencies for surveillance, human rights abuses or military purposes,” Joske wrote.

Earlier, only uniformed personnel staffed military research, but from 2017 onwards, a large number of civilian scholars are being enrolled. Their number has since seen a five-fold increase. The Military Medicine Research Institute, which spearheads medical research, happens to be the second largest recruiter of scholars among the 10 AMS institutes, wrote Kai Lin Tay of the International Institute for Strategic Studies in London.

Accordingly, PLA’s expertise in medical research has grown tremendously. The ongoing pandemic has established this—PLA scientists were in the forefront to develop the world’s first coronavirus vaccine for restricted use. Zhou Yusen, a prominent military biotechnologist who had partnered with the Wuhan Institute of Technology for research, had applied for a vaccine patent as early as February 24, 2020. He died mysteriously three months later.

PLA has, unsurprisingly, focused on using biotechnology to manipulate the brain. The aim is to acquire capability to alter and distort the adversary’s cognition on the battleground and to develop a “combat brain” for the future battlefield. This combat brain is likely to enhance not only the situational understanding in a battlefield, but also transform decision-making. PLA has adopted a two-way approach in this field: it is studying brain development for memory enhancement through gene editing in monkeys, and developing a brain-computer interface for integrating human intelligence with AI.

AI is thought to be at the centre of the PLA’s future-war scenarios. “Chinese academic and military medical institutions have concentrated on the expansion of military brain science, which has been prioritised for funding,” wrote Elsa B. Kania, a fellow with the Centre for a New American Security, in PRISM, the US National Defence University’s journal.

PLA is also passionately interested in designing genetically modified super soldiers by enhancing human performance. The aim is to create combatants who are stronger, healthier, smarter and faster than adversaries. In December 2020, John Ratcliffe, the US director of national intelligence, shocked the world when he wrote in an op-ed article: “China also steals sensitive US defence technology to fuel President Xi Jinping’s aggressive plan to make China the world’s foremost military power. US intelligence shows that China has even conducted human testing on [PLA] members in the hope of developing soldiers with biologically enhanced capabilities. There are no ethical boundaries to Beijing’s pursuit of power.” Although Global Times, the Chinese Communist Party’s daily, termed Ratcliffe’s article as “an overhyped sensation”, there is worldwide recognition of China’s problematic ethical standards and opaqueness.

The most alarming use of biotechnology is in developing “genetic weapons”. The integration of biology with AI computation has facilitated scientists’ understanding of how different population groups have differing susceptibility to diseases and disorders, and their responses to medicines. It has now become possible to design and develop precise genetic weapons that could be deployed stealthily over wide areas, and such weapons would affect only targeted people, of specific ethnic group or race.

“When bioscience reveals microorganism mysteries between different races, groups and individuals, and explains mechanisms of memory, emotion, decision and thinking functions, then it is possible to filter out targets at the biomolecular level with a weapon system attacking biological functions that de-capacitate forces,” wrote Timothy Thomas, quoting from a 2016 paper in CMS, in a 2020 study sponsored by US Army Futures and Concepts Center. “When genetic roots and cognitive space are understood, commanders will be able to weaken the will of people and control people’s consciousness from the ‘inside of people’.”

No doubt, the new gene-editing technology is exciting and powerful. But it carries great risks, particularly when used for manipulating large and complex genetic structures, as in the case of human and animal embryos. The experiments have proven that it can cause long-term, unintended or even harmful effects—like cancer and partial loss of genetic structures. Consequently, a 2020 report by the International Commission on the Clinical Use of Human Germline Genome Editing strongly recommended that the practice be ended. But the question remains: can these recommendations deter a totalitarian state that blindly aspires to become the most powerful nation on earth?

Military writings from China proclaim PLA’s intentions and efforts to integrate biotechnology with the traditional ways of waging war. PLA considers biotechnology as a crucial means of attaining strategic dominance over adversaries. With China’s low ethical standards in research, lack of transparency in reporting, and indiscriminate hunt for technology, PLA is determined to attain its obvious goal.

And, the belligerent and figurative language used by Xi while addressing the recent centenary celebrations of Communist Party of China gives a loud and clear message to democracies: Be wary, and be prepared.