All Muslim nations will have ties with Israel when issue is resolved: Palestine envoy

Interview/ Adnan M.J. Abualhayjaa, ambassador of the State of Palestine to India 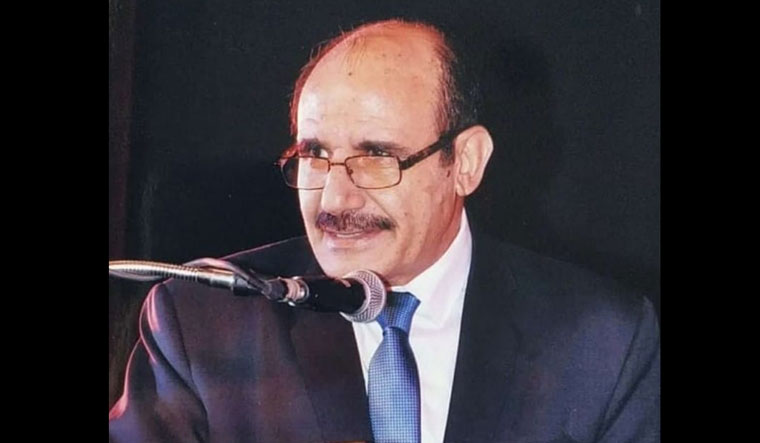 Q/ Why did Hamas fire rockets into Israel?

A/ It comes from what happened in Jerusalem, at the Al Aqsa mosque during Ramadan. The Israeli police entered such a holy mosque's premises and they shot at the Palestinians. They say they used rubber bullets, but not all were rubber bullets. At least 150 metal bullets were found on the worshippers at the mosque, and that also, on the upper half of the torso. We cannot stay forever watching our people being troubled or killed. Earlier, they were evicting Arabs who have historically lived in the Sheikh Jarrah area. This is happening in Jerusalem, which is the capital of Palestine.

The main problem is the occupation of Palestine. We have agreed to accept 22 per cent of the original historical land of Palestine, which is the West Bank, Gaza and Jerusalem. But the Israelis continue to occupy even these lands. They send militia in the garb of settlers, and they are later aided by the Israeli forces. How long will we continue to just sit and watch? They want the Palestinians to live forever under occupation. What are we supposed to do—raise our hands and say we accept to live as slaves? They mete out an apartheid-like treatment even to Israeli Arabs; there are different laws for Jews and non-Jews.

Q/ You have, however, killed innocent civilians and escalated the fight.

A/ You think Israelis are not killing civilians? [On the night of May 15] alone, they killed eight children and two women. There is heavy shelling on our cities; their cannons are not aimed at military people but at civilian homes. We have had 139 deaths so far.

Q/ Are you not willing to have talks?

A/ We are always ready for peace and negotiation, but not on the terms of the Israelis. Israel has proved it is above international law; it has violated all the agreements. It has refused to apply any of the resolutions passed by the United Nations General Assembly or the Security Council. Or, for that matter, any peace plan. We signed the Oslo Accords in 1993. Have they honoured it? If that has not happened, what are we expected to do—start negotiation all over again?

The world is calling for a two-state solution. Israel, however, is going about confiscating land, closing borders and killing people. They are still making settlements in the West Bank, evicting hundreds of our people. They had the support of [Donald] Trump and we still do not see any real pressure by the [new] US government on Israel.

Q/ Many Islamic countries in the region now have diplomatic ties with Israel. Does that not trouble you?

A/ Even they have condemned Israel's actions. We do not recognise these diplomatic ties. When we are able to solve the Palestinian problem, then not four or five, but all 57 Islamic countries will have relations with Israel. We are looking for support from the international community for our cause.

Q/ What are your expectations from India?

A/ India is well aware of the situation. I hope it will take up the Palestinian cause and support us politically.