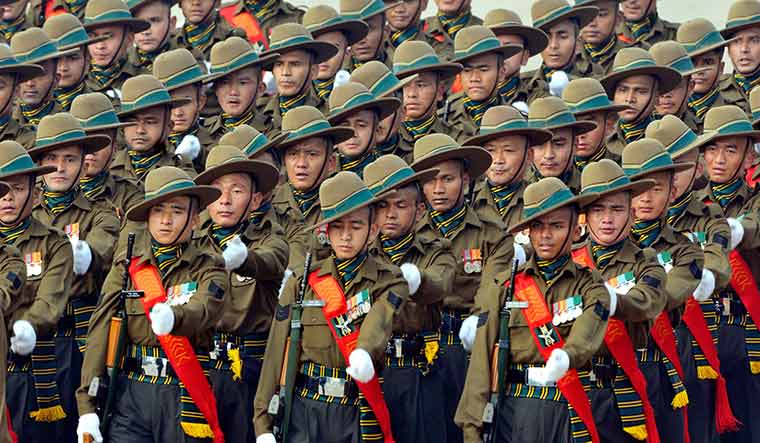 Binoj Basnyat, a retired major general of the Nepali army, has fond memories of his time spent in Delhi 10 years ago, pursuing a course at the National Defence College. He bonded quickly with Indian officers from the Gorkha regiments, including General Bipin Rawat, now chief of defence staff. Basnyat, who has seen several ups and downs in India-Nepal relations, is confident that the friendship will last despite the recent crisis in bilateral ties, even as China tries to drive a wedge between the neighbours.

In a move that signals China’s intent, its embassy in Kathmandu has engaged a local think tank called the China Study Centre (CSC) to explore what motivates young Nepalis to join the Gorkha regiments of the Indian Army. The study will also look at the areas in Nepal where such recruitments are popular, the socio-economic impact of the recruitment and the level of interest of potential candidates in joining the armed forces of foreign countries. The move has caught the attention of the Indian military establishment as it has come at a time when India and China are engaged in a tense border standoff. “The closeness between Nepal and India has always troubled China. It has never liked Nepali youth joining the Indian Army,” said Basnyat.

As Sino-Indian tensions grow, China is increasingly making use of the CSC, said to be funded by the People’s Liberation Army, to gather information on Indian activities. The Indian military intelligence has repeatedly expressed concern over the growing influence of the think tank at a time the Nepali government is headed by a decidedly pro-China K.P. Sharma Oli and the Communist Party of Nepal.

According to a report by the Sashastra Seema Bal, more than two dozen CSC offices have come up in Nepal, with half of them operating close to its 1,751-km-long border with India. While the CSC maintains that it is engaged in teaching Chinese language and disseminating cultural information about China and its various art forms, Indian security agencies believe that it spreads anti-India propaganda.

Nepal is the only foreign country whose nationals are part of the Indian Army. Close to 40,000 Gorkhas serve in the seven Gorkha regiments of the Army, which have won numerous gallantry awards, including two Param Vir Chakras. The Gorkha regiments have given several chiefs to the Army including the legendary Field Marshal Sam Manekshaw and also its last two chiefs, General Dalbir Singh Suhag and General Bipin Rawat. The Army presently operates 16 recruiting centres across Nepal.

It was commander Sir David Ochterlony of the East India Company army who first recognised the bravery of the Gorkhas, a sturdy hill tribe, during the Anglo-Nepalese war (1814-16), and invited them to join his army. Since then, the Gorkhas have been part of multiple military campaigns including the 1857 rebellion, the Afghan wars and the two world wars. In 1947, India, Britain and Nepal signed a tripartite agreement after which seven of the 11 existing regiments of the Gorkhas in the British Indian Army joined the Indian Army while the remaining four joined the British army. 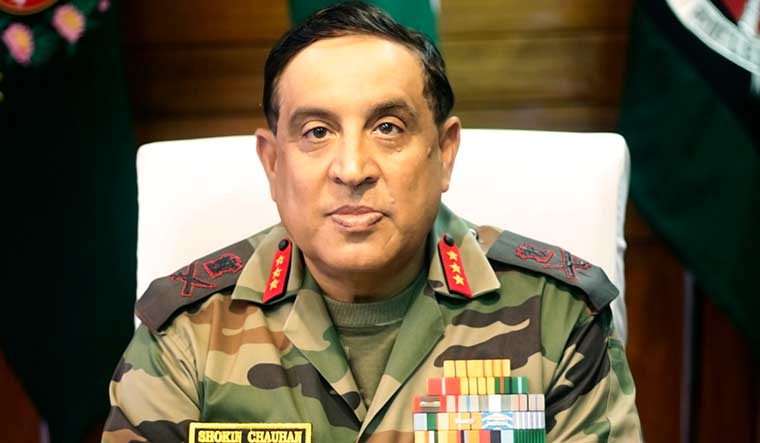 More than 70 years of meritorious service of the Gorkhas has come under some strain recently because of the deterioration in India-Nepal relations. Last year, Nepal Foreign Minister Pradeep Gyawali said the 1947 agreement had become “irrelevant” in the “changed political context”. A section of the Nepali intelligentsia and lawmakers, meanwhile, has started questioning the practice of the country’s youth serving in foreign armies.

Sundar Nath Bhattarai, officiating chairman of the CSC, meanwhile, denied that his organisation was conducting any study on behalf of the PLA. “China knows that the Nepalese Gorkha join the Indian Army under a tripartite agreement between India, Nepal and Britain. There is, however, a view that the Gorkhas should not join Indian Army,” Bhattarai told THE WEEK. “We have been operating in Nepal for over 20 years and we indulge only in academic research on China-Nepal relations. There is no ulterior motive.”

The Indian foreign policy establishment thinks that Nepal is playing the China card against India. The bonhomie the two countries used to share no longer seems to exist. In May, when Nepal objected to India’s road construction in Lipulekh, Army Chief General M.M. Naravane pointed out that Kathmandu’s reaction was at someone’s behest, in an apparent reference to China.

Retired Indian officers believe that the CSC’s exercise is backed by China. Former northern army commander Lieutenant General (retd) D.S. Hooda, who was with the Gorkha regiment, said the Chinese military was trying to exploit the differences between India and Nepal. “The intention could be to get information and subsequently to exploit it for spying,” he said. “We need to be careful about their moves, especially as we have close to 40,000 Gorkha soldiers.”

Lieutenant General (retd) Vinod Bhatia, who was director general of military operations, said the CSC was controlled and funded by the Chinese government. “The ongoing study is part of the Chinese military’s psychological operations, its three-warfare strategy of psy ops, public opinion and legal warfare. It is aimed at putting the adversary in a dilemma.”

But the move faces pushback from within Nepal as well. Colonel (retd) Dhan Bahadur Thapa, who served in Indian Army’s 11 Kumaon regiment, said it was a proud moment for any Nepali to join the Indian Army. “It is a tradition and a norm in Nepal,” he said. “China is using this as propaganda. The Chinese military is now standing against Indian forces (in eastern Ladakh) and they are trying to put pressure on the Nepal government to stop the youth from joining Indian forces.” But he said the 1.3 lakh Gorkhas who retired from the Indian Army would oppose any such move.

India’s ties with Nepal transcend political leadership, according to Lieutenant General (retd) Shokin Chauhan, an officer from the 11 Gorkha Rifles and former Indian defence attaché in Kathmandu. “The two countries have a ‘roti-beti’ relationship and the Army and the Gorkhas form the bedrock of the relationship,” he said. “China is trying to find out the motivation for Nepali youth to join the Indian Army. It could be an attempt to infiltrate the Army or to lure the Nepali youth to the PLA. But Gorkhas have a very strong emotional connect with the Indian Army.”