Being cost-effective and climate-friendly, digital diplomacy is here to stay 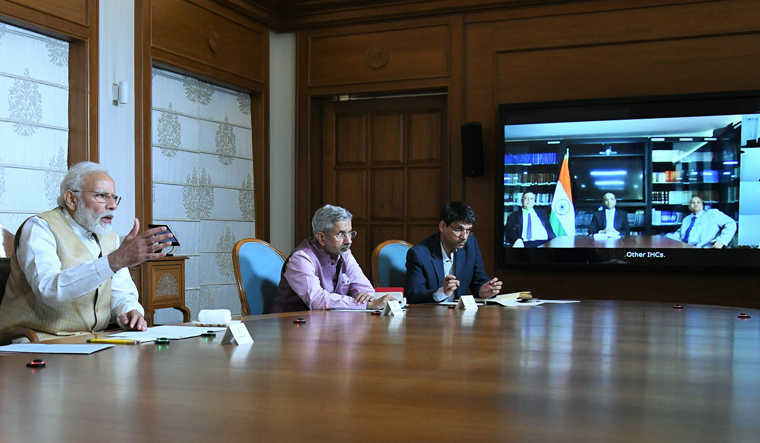 Declassified documents from the British foreign office on the 1942 Moscow summit between British prime minister Sir Winston Churchill and Soviet premier Joseph Stalin show that the breakthrough came in the wee hours of August 16. After hours of tortuous negotiations failed to bear fruit, Stalin invited Churchill to his apartment in the Kremlin to continue negotiations over dinner, which featured copious amounts of alcohol and food, including a suckling pig. Finally, at around 1am, Churchill summoned his permanent undersecretary, Sir Alexander Cadogan, and gave him the good news.

In comparison, the virtual summit between Prime Minister Narendra Modi and Australian Prime Minister Scott Morrison, scheduled to be held on June 4, will be a staid affair, despite its historic nature. The summit will certainly be a success, but there will be no drinks, food or photographs, only a joint statement. The warmth in bilateral ties, however, will be felt across the digital divide. “Covid has brought about disruption in all aspects of life. Diplomacy is no exception,’’ says Australian High Commissioner Barry O’Farrell, who digitally presented his credentials to President Ram Nath Kovind last month.

Welcome to diplomacy 2020, where the rules of engagement have changed. The virtual has replaced the real. Diplomats have learnt to adapt to zero physical interaction to enhance cooperation and even to signal displeasure. India, for instance, issued a virtual demarche to Pakistan in April over the killing of civilians on the border. It involved a terse phone call to the Pakistani high commission, followed by an email. And, now, the MEA is all set to virtually host the Australian prime minister. 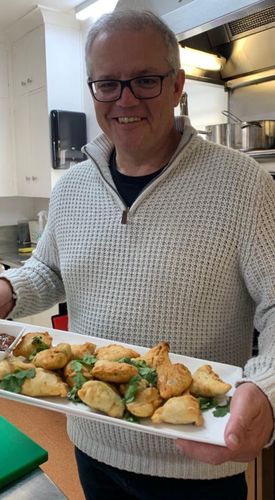 “While this may be the first time we are hosting a virtual summit, engagement with world leaders over digital platforms is not new for us,’’ say MEA sources. “Our leadership has virtually connected with our partners across the globe in the past few weeks.”

Between March 1 and May 11, External Affairs Minister S. Jaishankar has had 52 conversations with foreign leaders over telephone or via videoconference. Modi, meanwhile, has held 42 such meetings. “Virtual diplomacy will be the new normal in post Covid times,’’ assert sources in the MEA. “We are fully prepared to use technology and innovative tools to ensure business as usual.’’

Gopal Bagley, the Indian high commissioner to Sri Lanka, became the first Indian to present his credentials virtually. Syed Akbaruddin, one of India’s most illustrious permanent representatives to the United Nations, retired from service with a virtual namaste.

Multilateral interactions, too, are happening virtually. From the extraordinary G20 summit held on March 26 to the World Health Assembly held on May 18 and 19, multilateral engagements have moved online. Diplomats have realised that prickly conversations and lobbying can happen without leaving the comforts of their seats and offices. The UN is looking at a virtual General Assembly meeting this year with pre-recorded speeches. India’s election to the non-permanent seat in the UN Security Council, which involves hectic lobbying, seems a certainty, with diplomats working the phones.

“The digital [era] is also transforming the space for track-1.5 and track-2 diplomacy,’’ says Sanjay Pulipaka, who has co-authored a paper with Mohit Musaddi on digital diplomacy. “These initiatives have all moved online.” With digital platforms being more cost-effective and climate-sensitive, virtual engagement is likely to be the way forward. The decision to hold a digital summit with Australia has shown that concrete outcomes with like-minded countries do not always require in-person interaction.

Pulipaka and Musaddi point out in their paper that digital diplomacy existed and thrived even before Covid-19. “Ever since the telephone found its way into diplomatic conversations, it has remained indispensable,’’ says the paper. US president George H.W. Bush made 35 calls in the first 10 days after Iraq invaded Kuwait on August 2, 1990. President Barack Obama went ahead with the now-dead nuclear deal with Iran following a telephone conversation with president Hassan Rouhani.

Handling trickier relationships, however, will continue to be a challenge. “Virtual diplomacy works for normal, day-to-day affairs,’’ says retired diplomat Ashok Sajjanhar. “But where there are critical and vital issues, whether it is trade or security, you need to see the person and look him in the eye to make a judgment.’’

Hard negotiations almost always happen behind closed doors, often with a little help. The Russians believe in vodka diplomacy, with the liquor helping in loosening tongues. The Chinese rely on their unending banquets. The Finns are proud of their saunas. Back in 1960, Finland’s president Urho Kekkonen men ded ties with the Soviet Union by hosting a birthday party for Nikita Khrushchev in a sauna. Indira Gandhi used to send Alphonso mangoes to the shah of Iran. Modi, too, has used gifts as a diplomatic tool. The shawl sent to Pakistan prime minister Nawaz Sharif’s mother was a perfect gift in a less than perfect relationship.

When diplomacy turns digital, such tools, however, may not be available, especially while dealing with challenging relationships. “It is certainly successful in the case of India and Australia where there is commonality of views,’’ says Harsh Pant of the Observer Research Foundation. “I am sceptical how effective it will be when there are divergent views, and diplomacy is really needed.’’ The 2018 Wuhan summit between Modi and Chinese President Xi Jinping, which helped bring down temperatures after the Doklam crisis, could not have taken place in a virtual format.

Tough situations, even now, need old-fashioned diplomacy. As the Afghanistan situation seemed to be getting out of hand, US Special Representative Zalmay Khalilzad flew down to Qatar, India and Pakistan in early May to salvage the situation. While in Delhi, he suggested opening a channel of communication with the Taliban. Such a conversation could never have happened over a screen. But for now, digital diplomacy might just be the way countries engage with one another.