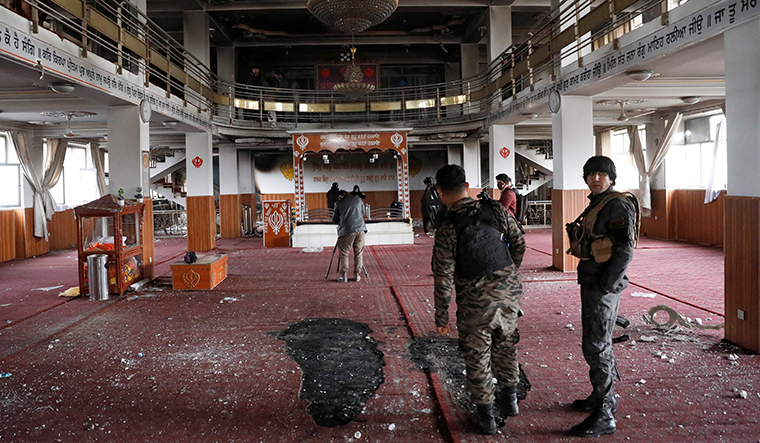 Five years ago, Parwish Kumar left his home in Helmand, Afghanistan, in the dead of night. He did not want his neighbours to notice. “My father needed blood,” says the Afghan Sikh. “But everyone refused. No one wanted to give blood to a kafir.” His father later died in hospital.

“Those who have been left in Afghanistan are just waiting to leave,” says Kumar, who now lives in Delhi and is waiting to find a home in Canada.

The March 25 attack on the Har Rai Sahib Gurdwara in Shor Bazaar, in the heart of Kabul’s old city, exposed the vulnerability of the Sikh community in Afghanistan. The gurdwara was home to more than 50 families, who have now been taken to another gurdwara in Karte Parwan. Kabul now has three gurdwaras; it had 70 in the 1970s.

After videos of the terrorist attack went viral, the global campaign to save the Sikhs in Afghanistan was intensified. At the helm of this effort is Canada, which is emerging as the promised land of Sikhs. Jagmeet Singh, the leader of Canada’s New Democratic Party, tweeted, “The plight of Afghan Sikhs and Hindus is one of tremendous suffering....”, and called on the government to save their lives.

In a letter addressed to the prime minister and Canadian ministers, poet Rupi Kaur wrote: “Canada is the best and perhaps the only country able to help this vulnerable population. Nearby countries like India are not an option.”

The reasons cited for rejecting India include it not being “a signatory to international protocols and conventions on refugees”, and also the 1984 riots.

There is precedent for Canadian concern. In 2015, Manmeet Singh Bhullar, the first turbaned Sikh to hold a cabinet rank in Alberta, started a project to help 250 Sikhs in Helmand leave. Kumar’s was one such family.

Later the same year, Bhullar died in a road accident while trying to help a motorist, and his siblings took over the Manmeet Singh Bhullar Foundation. “We have helped 250 people [leave] the province,” said Tarjinder Bhullar, his sister. “That roughly translates to 65 families. Sixteen of them have since come to Canada.” The foundation provided the families with passports, visas, tickets and even homes in Delhi.

Bhullar is not the only one. United Sikhs, a UN-affiliated organisation, has been helping Sikhs in Afghanistan since 2012, and has now stepped up its campaign. “We have launched a parliamentary petition,” says CEO Jagdeep Singh. “Unfortunately, with Covid-19, the parliament is not in session.”

There is also a letter-writing campaign, wherein ordinary Canadians urge their MPs to take a stand. The idea is to liken their situation to that of Syrian refugees and point out the discrimination. “We are working with the US state department, too,” says Singh. “Our hope is that we can get a country like India or Pakistan to take the Sikhs, till they are granted immigration in Canada.”

One of the big drawbacks, he admits, is the processing time. “It takes five or six years,” he says. In this time, families keep waiting. United Sikhs is hoping to at least push for a faster process of under a year.

In India, too, there has been an outcry. Punjab Chief Minister Amarinder Singh tweeted to External Affairs Minister S. Jaishankar, saying that 200 Sikh families wanted to be evacuated and must be helped. This situation fits the BJP’s Citizenship (Amendment) Act narrative, wherein India would welcome persecuted minorities from Afghanistan, among other nearby nations. Delhi, however, will be treading with caution.

The Kabul attack comes at a time when Afghanistan is fragile. The Americans, desperate to leave, have chosen to throw in their lot with the Taliban. The government in Kabul is divided with both Ashraf Ghani and Abdullah Abdullah claiming the presidency following the elections in September. While India has chosen to back the Ghani government, as the Independent Election Commission had declared him a winner, Abdullah Abdullah is also an ally. 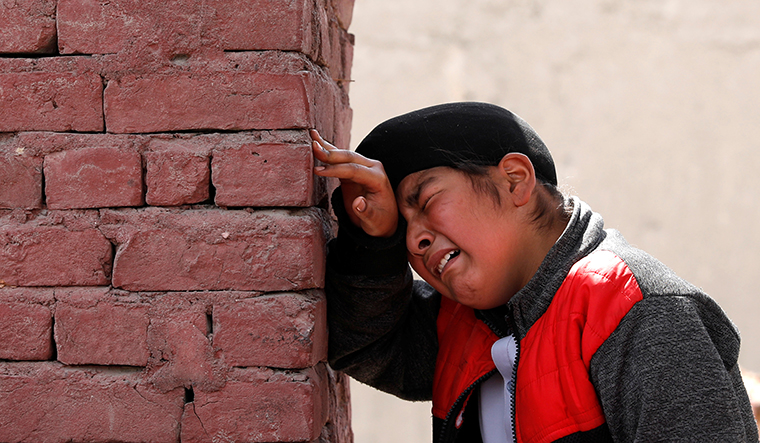 “India is an outlier in the US-Taliban deal,” said Kabir Taneja of the Observer Research Foundation. “It is in India’s interest to manage the security of the Sikhs through the Afghan government. India will not be seen as short-changing the government. India will also do nothing that will undermine the Ashraf Ghani government, which we back.”

The April 4 arrest of the mastermind of the attack—Mawlawi Aslam Farooqi, a Pakistani national and the emir of the Islamic State of Khorasan Province—shows the Afghan government’s commitment to its minorities.

Over the decades, Sikhs and Hindus have fled the country, the numbers dwindling from 25,000 to only 850. Yet, there are two Sikhs in Parliament. Anarkali Kaur Honaryar, the first non-Muslim woman, and Narendra Singh Khalsa. “This also riles the IS-K,” says Taneja.

Narendra’s father, Avtar Singh, was killed in an IS-K attack in 2018 when he was on his way to meet Ghani. “The Islamic State is a good brand to band under,” says Taneja. But while the group has taken responsibility, it is not black and white, he argues. “The umbrella organisation of the IS, like in Iraq and Syria, does not exist in Afghanistan. There was an internal feud in 2015-16, where the Pakistan-backed people from LeT (Lashkar-e-Taiba) had started [executing] much more orchestrated attacks with ISI (Inter-Services Intelligence) backing.” The targeting of Sikhs, says Taneja, serves the purpose of both splinters. “It serves the theological purpose. They are kafirs and must convert or accept death. It also antagonises India,” he says.

The situation has worsened over the years. Preeti (name changed) lost her father in the Jalalabad attack in 2018. “My mother refuses to let me even say Jalalabad out loud,” says Preeti. “She is so scared.”

The story of discrimination is not uncommon. Attacked several times himself, Kumar claimed that approaching the police did not help. “My sisters could never go out,” he says. “We could not even go out to cremate the dead.” All last rites happened under the cover of darkness at the gurdwara.

The Survey of Afghan Hindus and Sikhs, conducted by Porsesh Research and Studies Organisation between September 2018 and February 2019, corroborates his story. “Even now, they encounter hatred and are still unable to cremate their dead according to their traditions as most of the cremation sites are captured by warlords, and people living in the neighboring areas prevent them by means such as throwing rocks,” said the report. It also found that close to 97 per cent of Hindu and Sikh respondents fear for their safety and their families’ safety.

“Sikhs in Afghanistan are Afghans and they have equal protection of local law,” says Amar Sinha, former ambassador to Afghanistan. “While they were harassed and stigmatised during the Taliban regime, the democratic governments of Afghanistan have made sure that they feel at home. Some social prejudices persist though. Sikhs, like other minorities, and countless other hapless Afghans, are all easy targets for the terrorists, who seek cheap publicity through such acts.”

However, there is still hope. There are Muslim organisations that have come forward with offers to rebuild the Har Rai Sahib Gurdwara. And, the polarisation apart, the Sikhs and Hindus have left indelible marks on the Afghan landscape. In Gardez, Amardeep Singh, who is making a documentary called Allegory—A Tapestry of Guru Nanak’s Travels, stands at the spot where a gurdwara once stood. “A man came up to me and asked me to get the Sikhs to come back to reconstruct the gurdwara, so that he could eat the langar that he once ate as a child,” says Amardeep. In his journey across lawless Afghanistan, Singh found many such remains of a pluralistic past that have now become folklore.

And then there are those who refuse to leave their homes, even if it means being killed. “What is there to be scared of, once you have lost your loved ones?” asks Preeti. “My father was martyred and he said he was born here and would die where he was born. I am not afraid.”