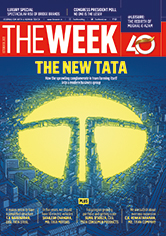 The Tata Group has come a long way, and it will continue to grow even as it transforms itself into a modern business group (‘Transforming Tata’, October 30). When Tata grows, India also grows. The Tata Group has made many big-ticket acquisitions in the past few years, and are leaders in important sectors. Consolidation is a theme that has been playing out across the Tata Group, of late. And it will continue to be like that. It is great to know that Tata companies are involved in a variety of community development projects. Very few companies do that.

I wish the Tata Group all success in the coming years.

Ratan Tata is a visionary who has shaped his company’s legacy. He provides inspiration to so many entrepreneurs in the country. But, who after Tata? We lost the talented Cyrus Mistry to a cruel road accident. N. Chandrasekaran brings with him a wealth of experience, and he will be closely watched. Tata’s biggest bet, I feel, is in the aviation sector. There are talks of integrating Vistara with Air India, which will pave the way for the group to be the leaders of the Indian aviation industry.

The story of the Tatas has been of transformation and achievements. From J.R.D. Tata to Ratan Tata, the Tata dream has never come to naught. Tata Nano catered well to people with modest means. For the Tatas, sky is not the limit. The country is indebted to them.

Xi Jinping will say that the world needs China, but we don’t need a China that is ruled by Xi (‘Coronation party’, October 30). It worries me that none of Beijing’s troubles have in any manner diminished Xi’s hold on power. If Xi’s absolute authority is not challenged, and goes unchecked, things are not going to be easy for the Chinese. The onus is on the Chinese Communist Party to hold a course correction, and inject young blood into the party. If Xi continues to rule like this, forever, no new leader will emerge in China. I also feel that in 10 years China will disintegrate like the erstwhile USSR.

The Congress is in a deeper mess today after it elected Mallikarjun Kharge as its president (‘Show of hands’, October 30). it is a given that he will be glued to the Gandhi family and their coterie. If it was Tharoor who was elected as Congress president, the change would have been evident.

Tharoor, as president, would have sidelined the Gandhis without disrespecting them. Like all true Congress supporters, I feel sad today.

The only ray of hope for the Congress was Tharoor. Now, it is back to square one. I am not sure whether Tharoor will be given a prominent role in the party. Kharge is a leader with a good track record and has sacrificed a lot, but he will not be able to save the Congress.

Tharoor should start thinking of his own future. There are many who feel Tharoor will one day become the prime minister of the country. I feel Tharoor should join the BJP and become its chief ministerial candidate in Kerala. Or, he should form his own party.

From the beginning, the writing on the wall was clear. In a political system laden with parochialism, no change in the system is possible or can be expected. One of the disadvantages of Tharoor was his grassroots level ignorance. Well, we have a “system of medicine” practised by certain families from time immemorial by virtue of the blessings from their great ancestors, propagated by faithful servants.

I enjoyed reading PowerDrive by R. Prasannan (October 30). Telangana Chief Minister K. Chandrasekhar Rao’s decision to rename the Telangana Rashtra Samithi as the Bharat Rashtra Samithi is a futile attempt, and it will not have any impact. Rao is not known outside south India. His national ambitions will fall flat.

I was a Govinda fan during my school days. I agree with Shobhaa De’s views on Govinda (‘Detour’, October 30). Govinda’s capabilities as an actor were always underestimated, and he was tagged as a comedian and a good dancer. Govinda should have focused more on his acting career, and chosen the right films. His foray into politics was extremely ill-timed. Govinda was only 41 when he contested the Lok Sabha elections in 2004.

Hardik Pandya may or may not perform on a particular day, but his presence in the team comes in handy (‘Bat, ball and belief’, October 30). He radiates positivity and is so energetic. Even in the recent T20 World Cup match against Pakistan, it was Pandya who pushed Virat Kohli to stay till the end.

Pandya remains calm in stressful situations, which is what players should strive for. He is focused and quickly accepts the suggestions made by seniors, unlike some other cricketers of today. That he is the captain of Gujarat Titans is also helping Pandya. Once Rohit Sharma retires, Pandya can be made captain of the Indian cricket team.