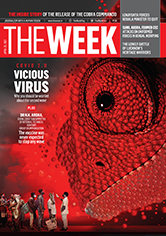 We are sitting atop a volcano (‘India on guard’, April 25). The situation is really alarming. There is desperation and despondency everywhere.

While experts say that multiple factors powered the second wave in India, elections and the slackening of public vigil during functions have definitely contributed to the malaise. While it is convenient to blame political parties and leaders, the rest of society cannot absolve itself. The media and the general public turned a blind eye to the flagrant violation of safety norms.

All is not lost even now. We must exercise our collective will to observe stringent rules and guidelines, in letter and spirit. We must not only set an example to others but also intervene proactively when there are violations.

A multitudes of countries and crores of people have already suffered due to the deadly virus, reported to have originated in China. But it is disheartening to know that neither the United Nations nor the World Health Organization have taken any action against China.

Vaccination will help in reducing the severity of the disease, thereby reducing hospitalisation and the death rate. The local authorities must focus on micro-containment zones, and strict action should be taken for any neglect.

The fundamental principle of public health is to save human lives, and we need to work together regardless of our political leanings and socio-economic status. It is only then that life will return to normalcy in the country.

K.V. Madhusudhanan, founder DIG of CoBRA, said that insurgents have the liberty to butcher soldiers in large numbers but to single out a Maoist from other civilians is a thankless exercise for which organisations like CoBRA have to answer and account for later (‘Fighting our people’, April 25).

Surely, on certain issues we have to change our ways like the US did while it crushed Osama bin Laden. Nobody questioned its action for a fair trial.

The article by Madhusudhanan was timely and highlights glaring loopholes in the deployment of the security personnel by spreading them thinly to cover large areas, thereby making it easy for the Maoists to attack them.

The time has come for the Union government to take drastic steps to liberate the strongholds of the Maoists. A warning should be given to insurgents, failing which they should be captured using force.

In the interview with S.N. Shrivastava, the police commissioner of Delhi, Namrata Biji Ahuja seems to have let him off the hook (‘Due procedure followed in case against activists’ April 25).

If due procedure was followed in the arrest of activists, then how is that practically every case lodged by the police is being questioned by courts.

Shrivastava does not tell us why a single hate-monger has not been hauled up in the manner that activists have been. The fact is Delhi Police has lost the respect of citizens.

The story on the NGO, Muskaan, was awe-inspiring; the strength that Pramod Bhasin and his wife Mridul are showing is admirable (‘A poignant smile’, April 25).

What makes Durva’s story so different is the initiative taken by her family. The Bhasins did not mourn the death of their daughter for long. Instead, they channelised their emotions into something that could change society.

Albert Einstein’s brain reportedly weighed only 1.23kg, less than the average adult brain which weighs about 1.4kg (‘Soundbite’. April 18). However, the density of neurons was greater. Einstein’s parietal lobes—which are implicated in mathematical, visual, and spatial cognition—were 15 per cent wider than normal parietal lobes.

As we are already aware of the empirical significance of our brain size in our becoming humans, our further enquiries must look at the factors responsible for our higher intelligence.

Your cover story on the India Against Corruption movement deserves fulsome praise (‘A spring to remember’, April 18). From the catchy and suitable title to the main article and interviews, Soni Mishra has covered every aspect.

It also shows how time and again the gullible janata of our country gets tricked as some selfish political party hijacks a well-meaning andolan.

The IAC movement was successful in many ways and has achieved in bringing the political establishment to agree to many of their demands. After reading the interviews in the cover story, it is quite evident that Arvind Kejriwal is a street-smart politician.

The measures initiated by the Union ministry of road transport and highways are commendable (‘Safe journey’, March 28). It will go a long way in curtailing accidents on highways.

The front seat co-passenger should keep an eye on the driver and see to it that he is not dozing off.