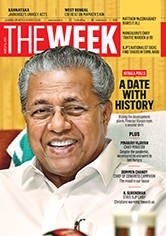 Pinarayi Vijayan’s office has become one of malfeasance, and people who believe in secularism, democracy and justice would vote out his government. People prefer strong leaders, not those who promote accumulation of illegal wealth, gold-smuggling and drug-peddling (‘Swing-state scrum’, March 14).

Rahul Gandhi should lead the UDF campaign in the coming days. Priyanka Gandhi should also actively campaign, as she can impress voters. The election manifesto of the UDF should be released by Sonia Gandhi to create belief in people, especially new voters.

It will be suicidal for the BJP to have any understanding with the corrupt ruling dispensation in Kerala.

Vijayan has every right to eye a second term. But it is less likely to happen. Kerala, after 1977, has alternated between the United Democratic Front and the Left Democratic Front, and I find no reason why that will not happen again.

Yes, the Congress in Kerala is known for infighting and has groups that are always at loggerheads, but it is the same situation in the CPI(M) and the BJP this time round, with many not happy over candidate selection.

It is a do-or-die battle for the Congress-led UDF. Its leaders know that if they don’t come back to power, the alliance will start falling apart, and the Congress will be the first casualty.

The UDF, the LDF and the NDA have done a good job with the selection of candidates. Even though the results in Kerala will not have much bearing nationally, it is going to be closely watched.

The LDF government is going to create history. The government stood with people during all kinds of difficulties. The disasters and tragedies did not stop the government from completing development projects in the state. Apart from raising unwanted allegations, the opposition failed to bring out anything substantial that affected the image of the government.

Kudos to THE WEEK for publishing the awe-inspiring story of traffic warden Joseph Gonsalves, who at sprightly 99, believes in discharging his obligations to society and in living life to the fullest (‘Knight at 99’, March 14).

Joe is a true hero to all those who have known him. He will soon shed his nonagenarian status by turning centenarian, and God willing see many more summers and win many more hearts.

Your report on Joe proves that old people are not obsolete. The armed forces bestow honorary ranks to achievers in exceptional cases. Can the police start a precedent by welcoming Joe with an appropriate honorary rank when he scores the century?

It is rare to find a person who enjoys every beat of his heart, food, music, gadgets and cares for the betterment of people in his town. Non omnis moriar, Joe.

Your cover story gave an insight on the lives of common citizens from different parts of the country (‘Weathering the storm’, March 7). It is our obligation to make the planet a better place to live in and we should be mindful on how the world will be in the coming years, rather than inflicting misery to future generations. As the famous statement goes, ’We do not inherit the earth from our ancestors; we borrow it from our children’.

Your cover report on ordinary people exploring climate issues in the country was meaningful and it made me sad. I will say meaningful because it set alarm bells ringing. It revealed how Puducherry lost its beautiful beach, how Delhi has become polluted to the point that pollution level has to be checked before one steps out of the house, and how turtles in Chennai are finding it difficult to dig a hole in the beach to lay eggs.

Perhaps, the saddest tale to me personally was reading how Bengaluru has taken a beating in the name of development.

Take the bull by the horns

Former Delhi Police chief Neeraj Kumar admitted that law enforcement agencies came close to achieving breakthroughs, but were unable to nab Dawood Ibrahim (‘D Company looks for a new CEO’, February 28). Kumar recalled having spoken to Dawood three times during his career. At another moment, which was pregnant with subtext, he wrote, “one of my seniors, whom I had kept in the loop, inexplicably asked me to stop talking to Dawood”. Who was the person? What was the reason to stop Kumar from continuing the interactions?

It is sad that Kumar alludes so much but doesn’t take the bull by the horns. The Dawoods of the world are not born; they are made. Who makes them? Why isn’t Kumar going further?

His article provides evidence of another failure in implementing police reforms despite the Supreme Court approving the suggestions placed in Prakash Singh & Others vs Union of India in September, 2006. Of what use is reforms when individuals like Kumar still hem, haw and hedge?

Why has Kumar not spoken a word about the political and corporate forces and pressures that covered and shielded the likes of Dawood? It has many parallels with some of our runaway billionaires abroad.