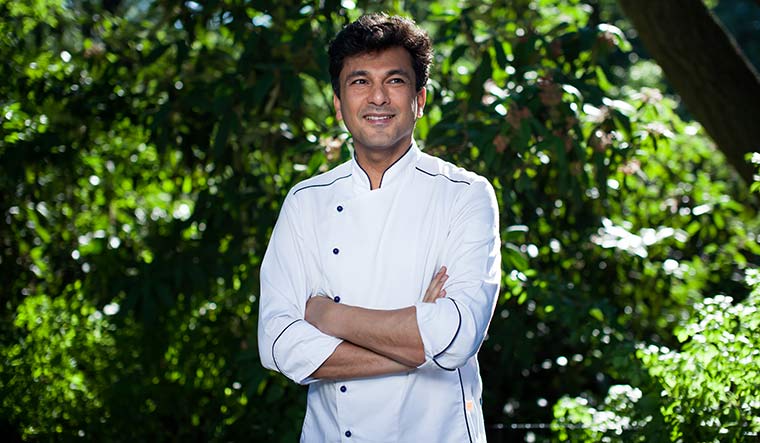 On Chef Vikas Khanna’s bulletin board in his New York office are a few keepsakes: A crumpled piece of paper on which are written the words, ‘They came to bury us, but they forgot that we were seeds’; a business card from his catering business in Amritsar, where he is from; pictures of him with his nieces…. But perhaps more precious than all these is a mauli (religious thread) tied to his wrist by Biji, his grandmother, when he left for America in 2000.

The 50-year-old chef believes the mauli conveys a spiritual energy that revitalises him at moments when his soul is dry. Khanna is big on spirituality, ever since the Dalai Lama touched his head at an event that he had attended when he was starting out in America, and his business had just collapsed. He took it as a sign. But even more than spirituality, he believed in his grandmother. Because he was born with misaligned feet, he could not go out to play with other boys his age. So, he spent much of his childhood in his grandmother’s kitchen. His culinary journey, in fact, began with a pot of tea that he made for her when she fell ill. Next came masoor dal. After that, there was no looking back…. The shy lad who hated biology in school because the skeleton reminded his classmates of his club foot, soon turned into the Michelin Star chef who was voted ‘New York’s hottest chef’; produced Utsav, the world’s most expensive cookbook, copies of which were given to Pope Francis, Queen Elizabeth II and the Dalai Lama; cooked for former American president Barack Obama and Prime Minister Narendra Modi, among others; and hosted several prime-time shows like MasterChef India, Twist of Taste and Mega Kitchens.

Perhaps he saw shades of his grandmother in the 100-year-old woman whom he met a few years ago. Karthyayani Amma, from Haripad in Kerala, came into the limelight when she passed a literacy test with top marks at the age of 96, four years ago, for which she received the Nari Shakti Puraskar from the government. The diminutive woman with a bent frame and frizzy white hair had to give up schooling at a young age because her father, a daily wage worker, could not afford it. Following the death of her husband, she raised her six children by working as a domestic help and sweeping the streets outside temples.

“She was so tiny and fragile,” Khanna tells THE WEEK, recalling the first time he met her. “Yet, there was so much power in her. The way she spoke about God, life and dreams; it was almost like poetry.” 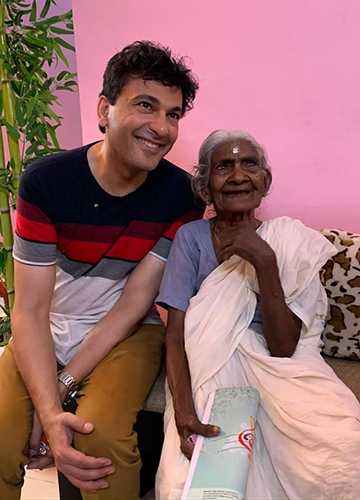 He decided to make a film and write a children’s book on her, because there were so many unnamed heroines like her whose stories are overlooked and whose lives are trampled underfoot in humanity’s great stampede to get ahead in life. “I found myself wondering what if my grandmother, too, had gotten an education like Amma,” says Khanna. “Where would she have reached? These women, though illiterate, know the secrets of life. They are so wise. My grandmother even used to give me sound business advice. But she never got a chance to study, because she was committed to nurturing and raising her children, just like Amma. When Amma turned 100 this year, we felt the project was complete.”

They say what does not kill you makes you stronger. When a personal tragedy struck Khanna earlier this year―the death of his younger sister Radhika from cancer―he could either let it crush him or make him tougher. He chose option two. “The sorrow was too much to bear,” he says. “Finally, my therapist told me about something called ‘sublimation’, where you take all your pain and brokenness and turn it into something else.” Khanna decided to channel his energy into the film and the book, which he has dedicated to Radhika. It was a coping mechanism that worked, and slowly, the wound began healing.

There are scars, though. After all, Radhika was his partner-in-crime during their childhood, and when they both moved to New York, the one with whom he would go restaurant hopping. He remembers dreaming of going to Chef David Waltuck’s prestigious restaurant ‘Chanterelle’, during his early years in New York. But when he saved enough for a meal there, he did not go. He continued saving until he could take Radhika, too, with him.

She would have loved Amma, because unlike Khanna’s other well-wishers and fans, she would have seen the unlikely parallels between them, as only someone who loves him could. “When I met Amma for the first time, her story struck a personal chord, because she was fighting a norm, and I knew all about that,” says Khanna. “Amma did something which most people would be afraid to. I, too, had a choice when I went to America. I could remain an unnamed face making chicken tikka masala in a deli for the rest of my life. Or I could put myself out there. Amma faced the same choice. I keep thinking how vulnerable she must have felt, and how she had to face the jeers of the other children. That takes a lot of courage.”

Perhaps, for Khanna, it would have been easier than it was for Amma, because he had a champion always rooting for him: the fourth link in his inspirational story―an invulnerable fortress of strength called Bindu Khanna, his own mother. “There is only one question in my mind when I start anything new,” says Khanna. “Would I make my mother proud?” She is the one who gave up most comforts in life so that she could educate her three children. She is the one who got him operated upon in Delhi to fix his feet in the middle of the 1971 war, even when the doctors told her that he would never walk. And she is the one whose words became the guiding light in his life anytime he stepped out into the unknown: “In the end, there is only one truth: The stars are waiting for you….” 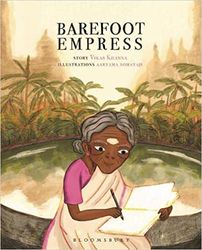