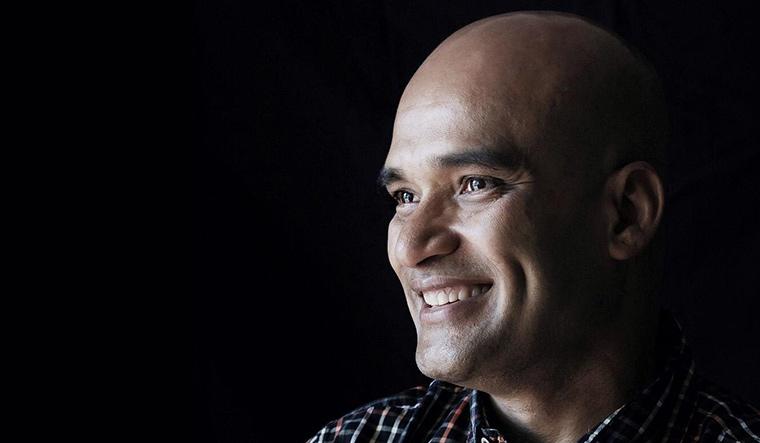 When Vasco da Gama found a sea route to India, all of Lisbon in Portugal danced for joy. King Manuel of Portugal could not contain his excitement at the prospect of the glory the new route would bring him. The ships were full of spices from India―pepper, cinnamon and ginger―heavy ivory and fine silks. The formerly poor king was now among the wealthiest rulers of Europe. Ironically, the prosperity of Lisbon steals the joy of the lovers Gabriel and Bella in Vasudhendra’s novel Tejo Tungabhadra―Tributaries of Time, as Gabriel decides to set sail to India with General Alonso de Albuquerque’s fleet to make his fortune and escape the ridicule of Bella’s father. In faraway Vijayanagara (Karnataka), the young couple Hampamma and Keshava are going through similar tribulations due to rigid traditions and religious violence.

Tejo Tungabhadra, published by Penguin and set in the late 15th and early 16th centuries, tells the tale of these four lovers set against the backdrop of social, religious and political upheaval in Portugal and India. The rivers Tejo and Tungabhadra bear silent witness to the unspooling tale of love, ambition, suffering and greed. The novel has set a benchmark for historical fiction in the country with its sweeping grandeur, deep research and complex plot.

“For me, history means the common man’s story and has nothing to do with the kings and queens,” says Vasudhendra. “Reconciling history is a challenge. The writings on Krishnadevaraya (emperor of Vijayanagara) recount the affluence of the period; apparently, even precious stones were sold on the streets of Vijayanagara. But Purandara Dasa, a saint and contemporary, observed that every man’s strife remained filling his stomach, hinting at the grave poverty that existed then. So, which version of Vijayanagara is true? It is clear that the glorious accounts of history are seldom speaking about the common man’s plight.”

A software professional from Sandur in Karnataka’s Ballari district, Vasudhendra quit his job to become a best-selling Kannada writer who is now making his foray into English literature through translations. He first came to the notice of English readers with the translation of his work Mohanaswamy, a personal account of him coming out as gay. This was followed by The Unforgiving City and Other Stories―a collection of stories that captures the fallout of urbanisation.

“While I looked closely at the Vijayanagara empire, which is 12km away from where I grew up, what was more fascinating was life in Lisbon, which underwent great turbulence because of India,” he says. He spent three years reading Spanish and Portuguese anthologies. What shocked him about the Vijayanagara chapter was the suffering of women in medieval times. While the queens in the harem suffered oblivion despite their wealth, the common women endured poverty, fell victim to inhuman traditions and the vagaries of war.

“Tejo Tungabhadra is a very ambitious book and, as opposed to most Kannada books, the story and language are interwoven,” says Maithreyi Karnoor, who translated the book into English. “A Kannada writer talking about Portugal is unique. We have seen European post-colonial works talking about India in their language, and now we are talking back, telling their stories in our language.” The original version which released in 2020 was a big hit and ran into eleven editions.

Plotting the story, set at the time of Vasco da Gama when Europe was witnessing the Jewish refugee crisis, was a daunting task as it required extensive research into an unfamiliar time and culture. Vasudhendra soon realised there was not much literature available in India. His friends in Europe and America helped him buy second-hand English translations of Spanish and Portuguese books. “I had no inkling about the challenges of sea travel,” he says. “So, I studied a book on the medieval Spanish sailor’s lifestyle. Writing about Lisbon was easier compared with writing about Vijayanagara for want of documents and reference material. I saw Vijayanagara through the travelogues of the Portuguese. For the Indian part of the novel, I studied the edicts of Krishnadevaraya’s period.”

At a time when the line between literature and politics seems to be blurring, Vasudhendra says he is neither left nor right. “In fact, I am not even straight,” he quips, urging aspiring writers to fiercely guard their freedom and to break stereotypes. 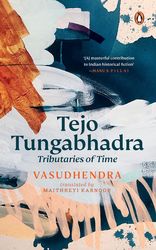