It is sensation on steroids 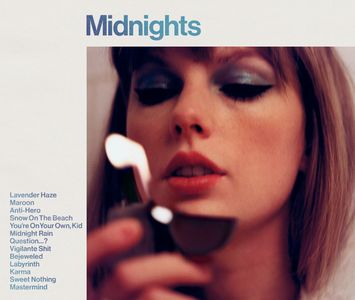 Taylor Swift is at her best when she is baring her soul. And she does it best in Midnights, her 10th studio album that has already broken the Spotify record for the most streamed album in a single day. It is like she has left pieces of herself strewn in the album’s nocturnal alleyways. She takes age-old themes like heartbreak, and gives it her own Swift spin. Like in ‘Anti-Hero’, the third track in the album―a throbbing number that Swift says is her favourite.

‘Snow on the Beach’ is about the surrealistic experience of falling in love with someone at the same time they begin to fall in love with you. ‘Maroon’ is a soulful song that shimmers with a sense of loss, as she recounts moments spent with her boyfriend.

But the album is not just about loss. Midnights teases out all sides of Swift―the narcissist, the villain, the tease, the dreamer.... In ‘Lavender Haze’, for example, she hits a wistful note. “I just wanna stay in that lavender haze,” she sings about an “all-encompassing glow” inspired by her boyfriend, Joe Alwyn.

The collection, as the name suggests, was penned in the middle of the night. The multiple Grammy winner describes Midnights as the story of 13 sleepless nights scattered throughout her life. “Midnights is a collage of intensity, highs and lows and ebbs and flows. Life can be dark, starry, cloudy, terrifying, electrifying, hot, cold, romantic or lonely. Just like Midnights,” Swift posted on Instagram.

The album is too syrupy at times, with the singer too focused on the idea of herself. She also does not venture too far sonically from familiar terrain. But despite its flaws, Midnights will serenade you on lonely nights. It is sensation on steroids.