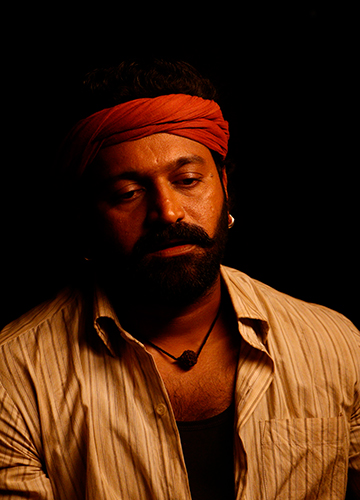 On a roll: Rishab Shetty in Kantara

The Kannada film Kantara―A Legend is making waves in the country and abroad ever since its release on September 30 for its powerful blending of cinema with the timeless tradition of daiva aradhane or spirit worship prevalent in coastal Karnataka. The story and narration of Kantara (mystical forest) are said to have set a new benchmark in cinematic excellence. It has done spectacularly well commercially as well, having grossed more than Rs118 crore within a month of its release, thus becoming the second highest-grossing Kannada film of 2022, after KGF 2.

Celebrated Kannada director Rishab Shetty, who has directed as well as acted in Kantara (after his debut in Bell Bottom in 2019), has earned appreciation for his versatility as the protagonist in the movie. Shetty, 39, rose to fame with the Kannada film Kirik Party (2016), which won several awards. His Sarkari Hiriya Prathamika Shaale (2018) earned him a national award for best children’s film.

With Kantara, the writer in Shetty has chosen a bigger canvas to narrate a legend, while unravelling spiritual mysteries that have always held the nation in thrall. Shetty shares with THE WEEK his journey of making the film, and why he thinks it has hit the bull’s-eye.

Q/ Kantara is having a dream run both critically and commercially. Did you imagine it would make it this big?

A/ In the last three weeks, I have seen the film turning into a phenomenon. I have been flying in and out of cities to promote it with my team. But the movie we sowed as a small seed is growing bigger each day into a giant tree. It is nothing short of a miracle, and I feel this run is fuelled by the daiva (spirit) himself. I did not expect it to grow this big, though I had an inkling that the film had the potential to pull the audiences, as the content was planned and packaged for commercial success.

Q/ Your style of narration stands apart as you combine a contemporary issue with a complex native tradition like spirit worship. How did you get these layers together?

A/ After my graduation in Bengaluru, I started assisting directors and also writing. With every film, I have grown stronger, and the life experiences and exposure have enriched my writing. As society keeps transforming itself, the writers too evolve and constantly align and realign with what is new. I finished writing the script of Kantara in four months, along with a couple of co-writers, and we shot the entire movie in my hometown, Keradi―a small village in the Uttara Kannada district―within 96 days. I strongly believe in approaching a subject with positivity. This story has nativity, our roots, beliefs, rituals and sentiments. I wanted to deal with a common subject avoiding any negativity. I wanted people to walk out of the theatres with a good feeling and energy. 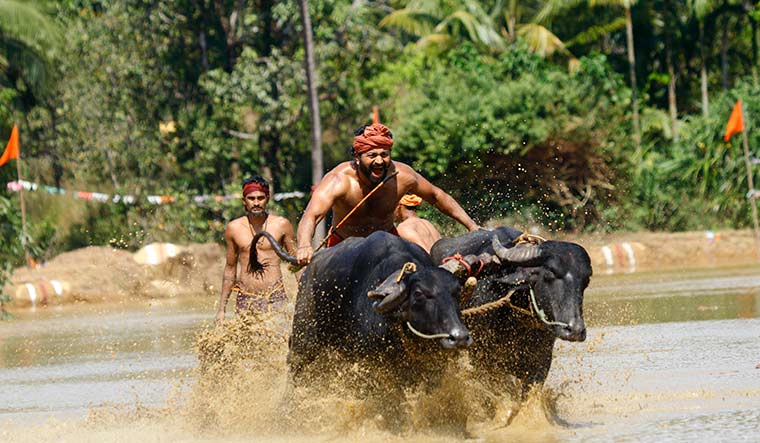 Q/ How do you explain the response of the audience, who had little idea about the spirit worship which is prevalent in coastal Karnataka.

A/ Daiva and naga aradhane are prevalent more in coastal Karnataka region. But I have always believed that what is regional is universal. It is only about taking local issues to the global audience. If I am talking of a ritual or belief prevalent in a village in south Kanara, every corner of India has something equivalent to it, but of course in a different form or format. The human emotions and responses are universal in nature, and that is why you find audiences comprehending and connecting with the film effortlessly.

In good faith: Stills from Kantara

Q/ How did Kantara’s story take shape in your mind?

A/ During the lockdown, I was in my native village and I believe the place inspired me to pursue this subject. I have observed these issues since childhood―the conflicts over land and the worship of the spirits who are actually the guardians of our lands. I had to choose a style [of writing] which would appeal to everyone. If someone does not believe in God, what is taking that space in them? It is either another set of beliefs or their self confidence or divinity in some other form. Like social reformer Basavanna says, “Kayakave kailasa” (Work is worship).

Q/ Did your collaboration with Hombale Films, which made the KGF movies, help to scale up the film?

A/ Yes, Hombale Films helped us scale up. We chose a bigger canvas as the film started developing on its own. Of course, the technological advancement and availability of ace technicians and equipment has been a major factor as it gave us the confidence and tools to make it big. Once into the project, I realised that the script was developing at a pace where the frames seemed inadequate to capture all the elements. So we kept expanding it. It became an enriching journey where we kept improvising on the shoot.

Q/ Your performance in the last 20 minutes of the movie, when the spirit manifests in you, has become a talking point. How did you prepare for the challenging role?

A/ I am a trained yakshagana (traditional theatre) artiste and used to don the role for six years, when I was younger. But nothing could have prepared you for a role like this one, as it has several shades. My character, Shiva, is an easygoing, romantic village lad who has shades of grey. When I enact the role of the daiva it is a spiritual experience. The kambala (buffalo race) scenes demanded an athlete, so I trained in martial arts for the film. I must have watched at least a thousand videos of bhoota kolas (animistic ritual dance) and interacted a lot with the community of daiva narthakas during the making of the film to get it right. I also followed a strict regimen, quit eating non-vegetarian food during the shoot and walked barefoot. During the shooting of the kola, I chose to fast.

A/ The song ‘Karma’ is a blend of different folk music of the region. We camped in Mangaluru for two days and recorded the tracks with traditional artistes. The song ‘Varaha Roopam’ is in the ragas todi and mukhari, and we tried to blend it with rock guitar to create fusion music that would appeal to audiences of different regions and age groups.