Through her new documentary, Kavita Lankesh wants sister Gauri's voice to live on 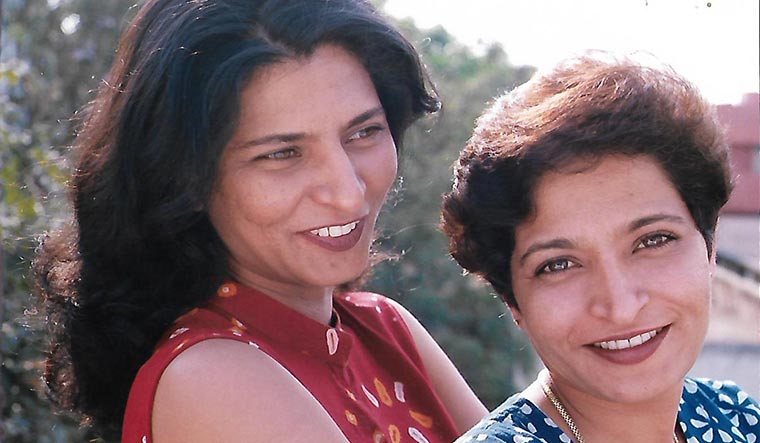 Fearlessness runs in the Lankesh family. First, there was P. Lankesh, the journalist, writer and poet who started Lankesh Patrike, a Kannada weekly that highlighted the plight of the marginalised sections of society. Then there was his daughter Gauri, the activist who was shot dead outside her home in Bengaluru in September 2017. And then there is Kavitha, whose latest documentary on her sister won the Best Human Rights Film Award at the Toronto International Film Festival in September. The film, Gauri, will be screened in Bengaluru shortly.

“I want my sister’s voice to live on,” says Kavitha. “She stood for secularism, democracy and constitutional rights. She always fought for women, dalits, tribals and the downtrodden. In some ways, Gauri was misunderstood because she was bold and outspoken. The documentary allows one to know her up close and personal.”

It took Kavitha almost two years to make the documentary. As part of research, she watched old footage of Gauri―old fungus-covered VCR tapes that had to be restored―and visited places like Baba Budan Giri and Dudihalli in Karnataka. Among the youth leaders interviewed are Jignesh Mevani, Umar Khalid and Kanhaiya Kumar, with whom Gauri shared a deep bond. She was, in fact, a beacon of hope for the youth.

The people’s love for Gauri was palpable. Many were inconsolable as they recounted stories about her; it was overwhelming at times, she recalls. Looking back, she feels Gauri’s commitment to the poor made her a fuller journalist. “She was not just writing about issues that concerned her or the society,” says Kavitha. “She made sure the issues were brought to the notice of the government. She would go, demand, intervene and follow up relentlessly. That is one thing most journalists do not do.”

Gauri was everywhere, says Kavitha. She would visit remote places in the country and interact with locals. She never hesitated to travel on a truck or stay in a hut. She wrote like a woman possessed even while in prison. When communal tensions were rising, she became the voice of reason, sanity and hope. She fought hard for the tribals who were killed by the police for allegedly being Maoist guerrillas.

It is not just Kavitha who misses Gauri terribly. There is also Kavitha’s daughter Esha, 18, to whom her aunt was more like a mother. “I remember this time when we went to this forest in Chikkamagaluru in the middle of the night and just sat there,” recalls Esha. “There were thousands of fireflies around us. It was such a beautiful and unforgettable moment.” But Esha was apprehensive when Kavitha told her she was going to make a movie on Gauri. Would her aunt’s fate befall her mother as well? Kavitha was well aware of the risks. Nevertheless, she could not but make the film. Courage, after all, is a family legacy.