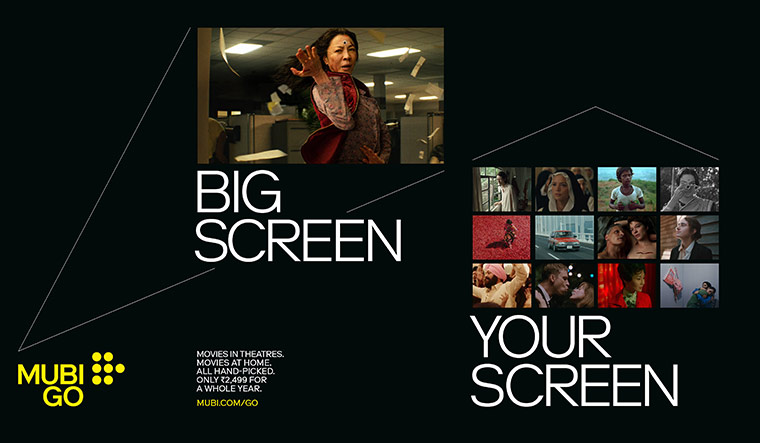 Before the pandemic, I saw Bong Joon-ho’s Oscar-winning Parasite and the charming 2019 iteration of Little Women starring Timothee Chalamet at PVR Cinemas for free. All thanks to MUBI, the global streaming service for hand-picked cinema—from cult classics to unheard-of gems. Introduced in 2019 for Indian audiences when the on-demand streaming service had just launched in India, MUBI GO was a special incentive for subscribers to go watch some great new cinema the way it should be seen—on the big screen.

Each week, MUBI’s curators hand-picked a new film opening in theatres as the ‘Film of the Week’. Members received a ticket code generated via the MUBI GO app that could be presented each week at participating theatres to claim one complimentary ticket. I had promptly subscribed to MUBI as soon as it had launched in India in late 2019, but learnt about the MUBI GO app much later in January 2020. Needless to say, the free run ended when a raging virus shuttered all cinema screens in March.

But now—to the joy of all those who hoped to hit the theatres with friends who are MUBI subscribers—MUBI GO is back. Subscribers can redeem their weekly ticket via the MUBI GO app and also receive full access to MUBI’s breathtaking library of brilliant cinema. New users can avail of an introductory offer of Rs 2,499 for a one-year subscription.

“MUBI GO received immense love and appreciation on its launch prior to the pandemic,” said Svetlana Naudiyal, programming director at MUBI, Asia. “We are excited that our members can once again watch amazing films not only online, but also in real cinemas across the country.” This week’s selection is a re-release of James Cameron’s Avatar in the run-up to the upcoming sequel, Avatar: The Way of Water.