Meet the man who fed the Taliban banana chips

This YouTuber has always been attracted to conflict zones 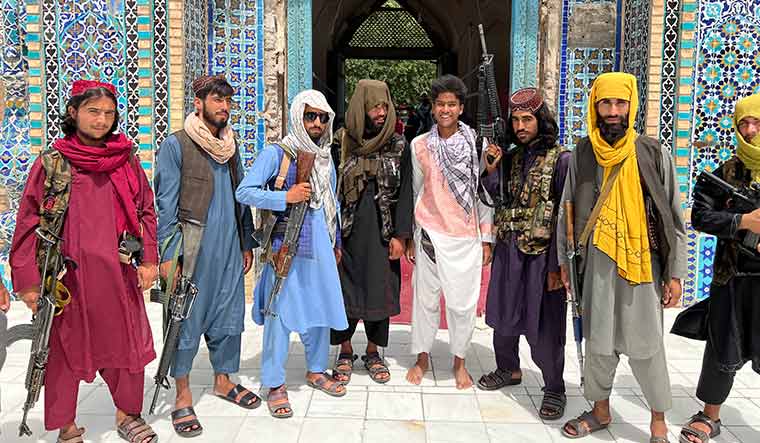 Taliban & i: The Taliban arranged his stay and travel, says Maheen.

In a spacious room with an intricately patterned ceiling recline four or five armed members of the Taliban. They might be ruling Afghanistan with an iron hand, but right now they are relaxed and ready to try a Kerala snack—banana chips. YouTuber Maheen S. from Kerala passes around a bowl. The men take a chip each, taste it and grin widely. They all give it a thumbs-up. The chips have passed the test, and so has Maheen.

Maheen’s video of him feeding the Taliban banana chips has clocked more than nine lakh views; it is one of his most popular ones. “Wherever I go, I promote Kerala,” he says. “Most of the people outside India only know about bigger cities like Mumbai. So I explain to them the culture and people of Kerala.” He is a college dropout, and his YouTube channel, ‘Hitchhiking Nomad’, has over five lakh subscribers. Maheen got hooked to travelling after reading travelogues as a child. Now 22, he has been hitting the road for three years. In school, he would take KSRTC buses to places that caught his fancy. Today, he has progressed to hitching rides in cars and trucks in foreign countries like Nepal, Uzbekistan and Tajikistan. And now, Afghanistan.

“I always wanted to visit Afghanistan and west Africa,” says Maheen, who has always been attracted to conflict zones. “I thought I would be proud of having visited them when I looked back at the age of 40 or 50.”

Initially, he had not planned to visit Afghanistan, but was swayed by the description of the country by a Russian friend he met in Uzbekistan. He then applied for a visa at the Afghan embassy there and crossed the “barren and isolated” Tajikistan-Afghanistan border. But once there, he was in for a few surprises. 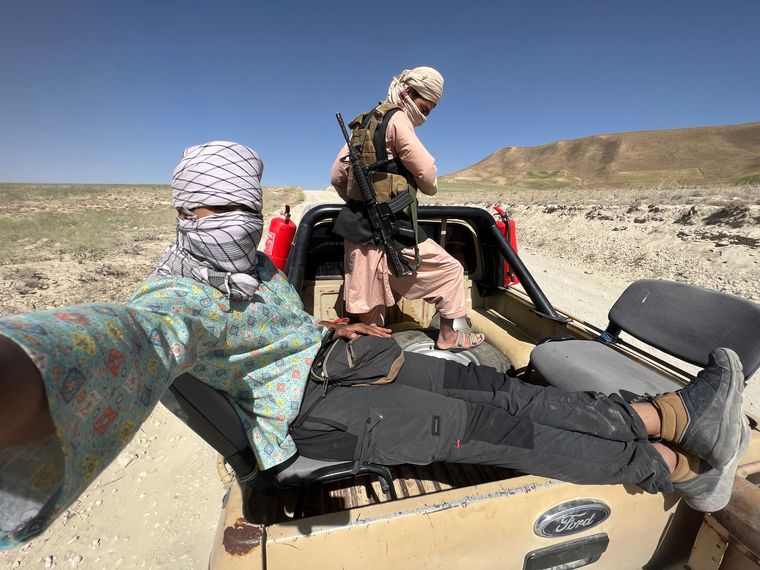 Afghan diaries: Maheen interacting with the Taliban in Afghanistan.

“When I saw the Taliban soldiers with guns for the first time, my heart raced,” he says. “I remembered all that I had read about them in the media. To my surprise, they told the taxi driver to charge me less at the border as I was a mehmaan (guest) from India. I got the impression that many of the locals as well as the Taliban like India.”

The biggest challenge for Maheen was taking videos in public places. Though he was warned multiple times, he managed to do his job. Dressed in traditional attire and with the help of a few Afghan friends from college, Maheen visited all the popular tourist spots, and also got a chance to observe civilian life one year after the Taliban takeover of the country. Through an 18-part series on Afghanistan, he took the viewers to interesting sites like the Band-E-Amir lake and the Bamyan valley, where one can find the famous Buddhas of Bamyan. He interacted with university students, experienced night life in Kabul and immersed himself in Eid celebrations there. In other videos, he is seen interacting with the Taliban, holding their guns and sharing their meals. He attests to the hospitality of the Taliban, who gave him free access to locations, arranged his stay and even saved him from a pack of street dogs once. 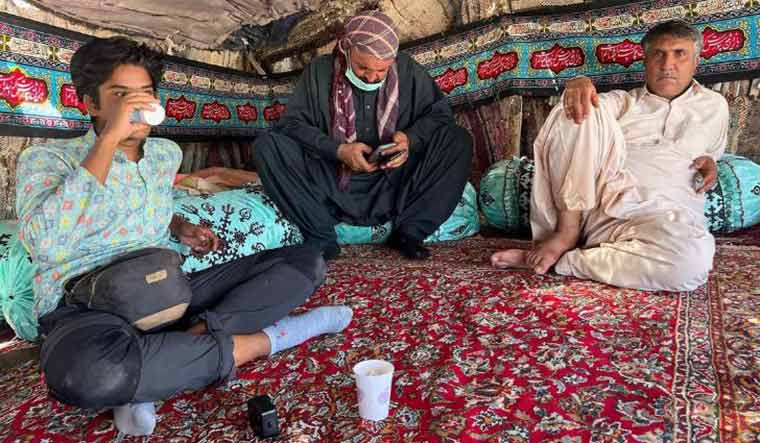 He says there is a big distinction between the Taliban members from the mountains and the more educated ones from urban areas. While some loved watching his TikTok videos, others called them “un-Islamic”. He has also faced criticism on social media for closely interacting with the Taliban.

“I was called a spy of the Taliban and accused of working for them,” he says. “Some said I was being funded by them. Some of my stories on Instagram were also being reported. But I don’t take all that seriously.” 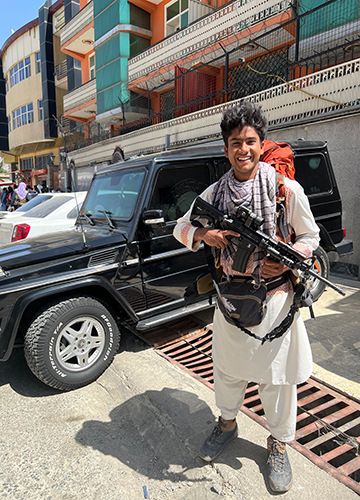 However, the Taliban and he have not exactly been bosom friends. His worst experience was in Kabul, when he visited the Pakistan embassy, which was shut then. The videos he recorded of it got him arrested.

“Since the Taliban were anticipating an attack from the Islamic State they were on high alert,” he says. “They felt I was a suspect and took me blindfolded to an unknown location. I was splashed with water and even slapped. I was so scared that I started crying. I spent around eight hours inside the prison. An intelligence officer of the Taliban interrogated me, but he treated me politely after I told him about my hosts who were also connected with the Taliban.”

While the Taliban were confirming his identity, Maheen was shifted to another cell with an Australian inmate. “We interacted for a bit. He seemed knowledgeable about politics and geography. He was hoping his government would intervene to secure his release,” he says. Maheen was let off soon, but the bitterness stayed on. He only told his mother about what he underwent after leaving Afghanistan.

Maheen claims to be the only earning member of his family and added that the revenue generated through his travel videos helps support them financially.

“My travel is not at all expensive,” he says, adding that he is not scared of the risks involved. He wants to visit 100 countries in the next five years. And, of course, promote Kerala. If he can make the Taliban appreciate banana chips, then nothing seems impossible.