Why 'Nope' marks a turning point for Jordan Peele

He burnishes his horror credentials and pulls the curtain on comedy 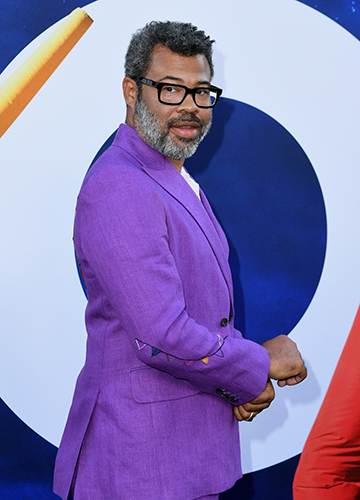 Ten years ago, while he was still finding his feet as a comedian, Jordan Peele gave away a solid clue about his well-concealed fondness for horror. He named his new production company after the famous horror story The Monkey’s Paw by the Englishman W.W. Jacobs, published 1902.

In the story, a British Army sergeant from India visits an elderly couple, Mr and Mrs White, in their country home in England. After a fireside chat and supper, the sergeant reluctantly passes on to the couple a mummified monkey’s paw. The thing is ugly, but also magical—a fakir has cast a spell on it. Anyone can make three wishes come true by holding it up and saying a prayer. But before he leaves, the sergeant warns the couple not to play the wishing game, because the wishes would tamper with fate and have grim consequences. But Mr and Mrs White try their luck anyway.

Thanks to Monkeypaw Productions, Peele’s many wishes have come true. His first project under the banner, a series of sketches for which he teamed up with fellow comedian Keegan-Michael Key, was wildly successful for its inventive, situational humour. Called Key & Peele, the sketches ran from 2012 to 2015, winning awards and garnering nearly two billion YouTube views.

Peele hit pay dirt in 2017, when he wrote and directed Get Out—a horror film in which a black man is trapped by his white girlfriend’s family, taken control of by her hypnotist mother, and imprisoned in a psychological purgatory.

Provocative and entertaining, Get Out won Peele a screenwriting Oscar and made a fortune for Monkeypaw. But, spookily, the success mirrors Mr and Mrs White’s first monkey-paw wish. They ask for money to pay off their mortgage; they get it as compensation when their son dies in a terrible accident in a factory.

The death of his comedy career seems to have been the price Peele has paid. Which is unfortunate, because he has been a meme-lord of the internet. In one of his most meme-fied sketches—titled ‘Obama Meet & Greet’—Peele’s Barack Obama runs into a roomful of black and white supporters. The whites get stiff handshakes from the president, while the blacks get exuberant howdies, high-fives, hugs and kisses. (Obama is momentarily stumped when he is introduced to a brown man, played by Key. He opens up only when he is told that the man is one-eighth black. “Afternoon, my octoroon!” coos Obama).

Like Obama, Peele, 43, is half-black, was raised by his white mother, and wrestles with race issues. Born in New York, he is an alumnus of Boom Chicago, an improvisational comedy group in Amsterdam that has influenced the who’s who of comedy on both sides of the Atlantic. He has also been an actor (most famously in the anthology crime caper Fargo), a show-creator (the ‘original gangster’ saga The Last O.G.), a TV show host (in the 2019 revival of the 1960s’ sci-fi landmark The Twilight Zone) and a producer (of the Oscar-winning Spike Lee drama BlacKkKlansman). 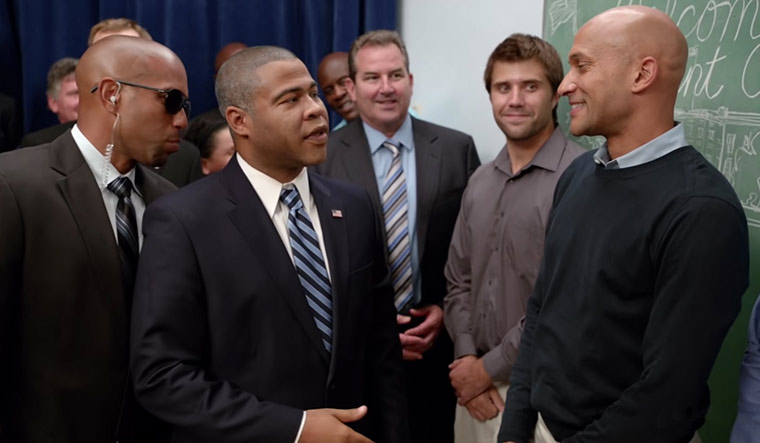 His Obama meets the “octoroon”.

But Peele’s run as an artistic all-rounder seems history now. Soon after his second film—Us, in which a black family is attacked by evil doppelgängers— he signed a multimillion-dollar deal with a major studio to produce exclusive horror content for it for five years. His third and latest film, the sci-fi horror mystifyingly titled Nope, is a fruit of that deal. Nope is about two siblings in a California ranch who discover that a UFO is hiding in a cloud above their property, and decide to make money out of it. Peele’s previous two films were made on a shoestring, but Nope is mounted on a grand scale—it is the first horror film shot with IMAX cameras. 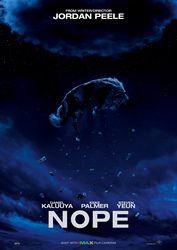 Visually, Nope has the feel of a Spielberg spectacle, but at its heart is a little-known piece of film history—the making of the Muybridge clip, which is an animated series of photographs shot in 1878 of a black man riding a horse. “In a lot of ways, this film is a response to the Muybridge clip,” Peele said while promoting the film. “We know who Eadweard Muybridge is—the man who created the clip—but we don’t know who the guy on the horse is. He is the first movie star, the first animal trainer, the first stunt rider ever, and no-one knows who he is!”

Peele says the siblings in Nope, who are black, are a shout-out to that forgotten hero. “They are,” he says, “trying to claim their rightful place as part of the spectacle.”

Is Nope any good? Yes, if you focus just on the breathtaking cinematography (by the Dutch-Swedish wizard Hoyte van Hoytema). But nope, if you tend to feel annoyed by Easter eggs in the story that you have no chances of figuring out. Nope is so jam-packed with those that you wonder whether Peele has run out of original ideas.

Perhaps, like Mr and Mrs White, he is trapped by the suffocating success of his damning first wish. In the story, Mr and Mrs White try to make everything right by asking the monkey paw to bring their son back from the grave—alive. Soon they hear terrifying knocks on the door at night, and Mr White, imagining the mutilated and decomposed body of his son waiting at the door, desperately makes his third wish. And the knocking stops.

Under his Monkeypaw deal, Peele will have to keep knocking for a while.