Rasika Dugal, Shefali Shah on how their relationship evolves in Delhi Crime season 2

This time, there is equal emphasis on their characters' personal lives 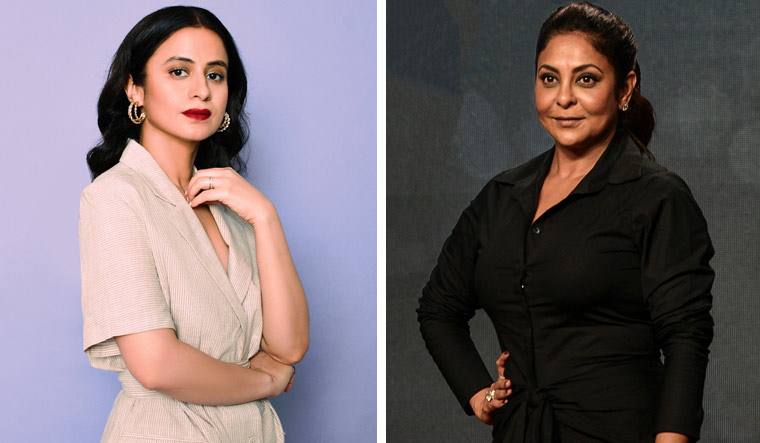 In cinema, the police are often depicted as ruffians and villains, brutally beating up suspects, shamelessly taking bribes or hiding evidence to protect the people in power. But three years ago, Richie Mehta’s Delhi Crime—which revisited the six-day-long manhunt following the brutal Delhi gang-rape of 2012—parted the curtains to give us a glimpse of what really goes on behind a police investigation. Its hope and hopelessness, the uncertainty, the relentless hounding by the media, the toll of witnessing human savagery at close quarters.... It was no wonder that the web series was the first from India to win an Emmy. Delhi Crime humanised the police force in a way that few shows had done before.

And now, it is time for the second season, and much is riding on it. The challenge for Delhi Crime season 2 was to retain the success formula of the original, while doing something totally different that would expand the world of the main characters—Madam-Sir DCP Vartika Chaturvedi (Shefali Shah) and her deputy, the promising young officer Neeti Singh (Rasika Dugal). The show releases on Netflix on August 26.

Three years after season 1, the plot has thickened and the lead actors have matured, both in their real and reel lives. Vartika has taken on additional responsibilities and her deputy has been promoted from a trainee to an ACP (assistant police commissioner). From a wide-eyed novice, she has become an officer with authority. Interestingly, this has also been the growth trajectory of the officer whom Dugal shadowed in season 1 to learn the ropes of policing. “In Delhi Crime season 1, I shadowed a lady cop who was also a probationer,” says Dugal. “We became close friends and would hang out in between shoots. So, when shooting for season 2 was about to begin, I got in touch with her, and she told me that she had been promoted to ACP and was posted in Chandigarh. That was exactly how I had also been promoted in the series. So I shadowed her again and spent more than a week as a fly on the wall in her office.”

Vartika’s character, too, has evolved. If the crime had become personal for her in season 1, every crime has started mattering to her in season 2. “In the first season, there was no wavering of moral compass,” says Shah about her character. “It was very straight. Vartika felt anger, frustration and pain, but now even though there is evidence pointing in a certain direction and there is a procedure she must follow, her instinct protests.” While the screenplay in season 1 had focused entirely on the crime as the centre of the narrative, this season fleshes out the interpersonal dynamics of its characters with added nuance and depth. Here, the women are self-assured and not shy of coming across as flawed and faltering at times. In an interview with THE WEEK, both Dugal and Shah say that the essence of Delhi Crime season 2 is how their relationship impacts and influences the larger crimes that they set out to solve. This season, too, is inspired by true events and fictionalised in part to make it a gripping watch. Mehta as showrunner, however, has been replaced by Tanuj Chopra, and Mehta only serves as a producer in this season. The plot follows Vartika and Neeti as they chase a gang involved in the brutal murder of senior citizens in the 1980s. 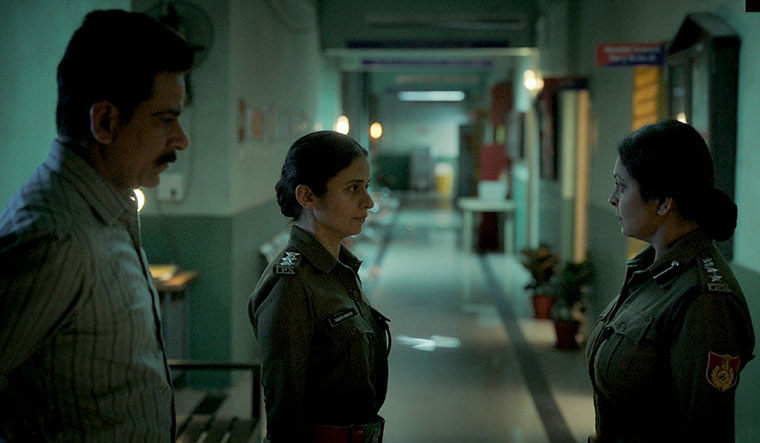 “But the focus this season is not only on the two leading officers solving crime in Delhi, but also on how they are trying to navigate their personal lives,” says Dugal. “And that, to me, was one of the moving things about my journey in season 2. Neeti’s relationship with her Madam-Sir has evolved so much that when I see them together in a frame, it forms the essence of the entire Delhi Crime plot. At times we have a face-off, at other times we support one another, and even though we are both very different externally, we are probably going through the same things within and know that about each other,” says Dugal. This is beautifully captured in a scene in the final episode when Vartika silently acknowledges Neeti’s personal situation and reaches out to her in a quiet, professional, non-patronising and non-intrusive way. Both women agree that this remarkable scene captures the essence of Delhi Crime.

Just like in the series, both Shah and Dugal have a lot in common when it comes to their career arc. Neither of them has worked as much as they have in the past three years. Both their popularity soared with the introduction of OTT, both have featured in immensely popular web series that have gone on to achieve cult status, and both have back-to-back releases coming up. Also, both have now become choosier about their scripts. Shah started the year with Human, went on to Jalsa, and then followed it up with the highly successful Darlings. Dugal experimented with a new genre in Postcards from Jharkhand, in which she takes us through the culture and beauty of her home state, and now awaits the release of Mirzapur season 3. She will also be seen soon in the horror thriller, Adhura. As the two ladies try to juggle “an overwhelming amount of work after spending long years in the industry as actors”, they both agree that they have become more confident than ever about their own “prowess and power”. “I think it has taken a lot to come this far, and now it feels as though it is just the start,” says Shah. “There is so much more to do and to achieve.”