The feral joy of watching Vijay Varma as flawed, devious and all too human 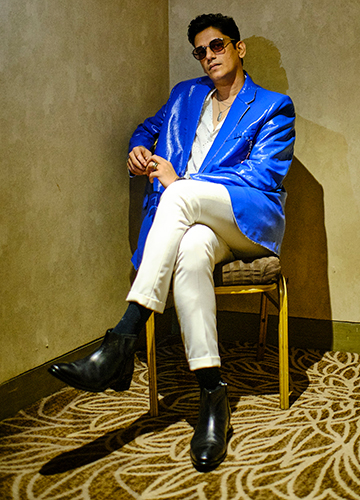 Vijay Varma does not have a reserve of malice to dig into. Fast moving centre-stage for playing morally ambiguous characters, the actor often has to grasp criminality and crookedness from random news stories.

Sometime during our interview, he pulls out a courtroom picture of the American serial killer Richard Ramirez, who terrorised southern California in the summer of 1985. So grave and relentless were his crimes that he earned 19 death penalties. Slick, remorseless and completely opaque, Ramirez is the terrifying “night stalker” in the images that Varma holds up on his phone through the Zoom screen. These pictures helped him style the look for Sasya—the fiendish yet charming drug dealer in the Netflix crime drama She, directed by Imtiaz Ali. She premiered in 2020 and the audience loved the sadistic, seductively volatile ways of Sasya, the catalyst in firing up the dormant sexuality of the central character Bhumi—an undercover cop played by Aaditi Pohankar.

“The way Ramirez is conducting himself inside a courtroom is so scary and chilling. I kind of went to the hair-stylist and said, 'We have to do something similar with my hair,'” says Varma, 36, as he remembers his journey with the character Sasya on a Sunday afternoon, dressed in easygoing white. The night before, he had wrapped up shooting for the third season of the Amazon Prime crime thriller Mirzapur, due to come out later this year. Just back from the gym, he almost forgot it was a Sunday until his trainer reminded him. Framed against shelves stacked with an enviable sneaker collection, with a gaming console of sorts next to it, Varma in his Sunday splendour will hardly remind you of the tangled, intense characters he has come to ace—be it a crude Delhi boy in Shoojit Sircar's Pink, where he plays a molester, or the twin Bihari brothers Bade and Chote Tyagi in Mirzapur. The Hyderabad boy has always had a knack for picking up the tone and accent of his characters as if he were from the badlands himself. Flawed, devious and human, Varma embodies the everyday contradictions with an electric presence. Also known for standing out in ensemble casts—from a street hustler in Zoya Akhtar's Gully Boy to an Urdu teacher in Mira Nair's A Suitable Boy—Varma was first noticed as a conflicted rookie cop in the 2013 neo-noir action thriller, Monsoon Shootout, which was shown at Cannes's official midnight screenings section that year. 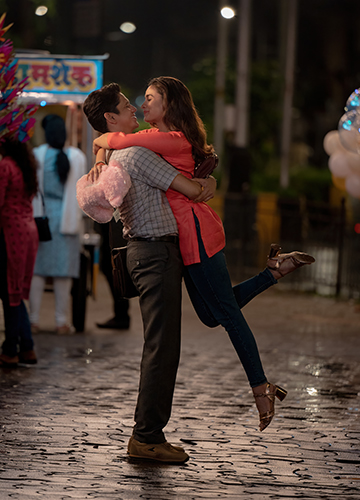 But it is really in the first season of She that Varma gets the space he truly deserves to unfurl the beast within and show the possibilities of his incredible range. “A strained moral landscape between a man and woman is something that I only explored in She. And will explore more of that in Darlings, which is again probably a byproduct of She. In fact, the makers of Darlings thought I would be a good fit after watching She,” says Varma who plays Hamza, Alia Bhatt's husband, in the Netflix dark comedy, Darlings, set to release next month. Produced by Gauri Khan, Bhatt and Gaurav Verma, under the banners of Red Chillies Entertainment and Eternal Sunshine Productions, Darlings also marks Bhatt's production debut.

Once in an interview, actor Tom Hanks was asked why he does not play the bad guy more often. “I recognised in myself a long time ago that I don’t instill fear in anybody....,” said Hanks in his defence. “I think I have a cache of mystery. But it is not one of malevolence... because bad guys, by and large, require some degree of malevolence that I don’t think I can fake....” Varma laughs when I read this quote and flip the question: How does he constantly manage to surprise with his darkly shaded characters or morph into a Kabir Singh-like dilli ka ladka with perfect ease without ever having visited Delhi? “I resonate well with Mr Tom Hanks when he says that people don't feel threatened by him, which is actually the case for me, too, in real life. But somehow, I don't think I was getting the opportunities to play the other person. And when people saw Pink, they just decided yeh toh villain hai (He is a villain). I just had to choose from what I had,” says Varma, who has had to work hard right from the beginning. 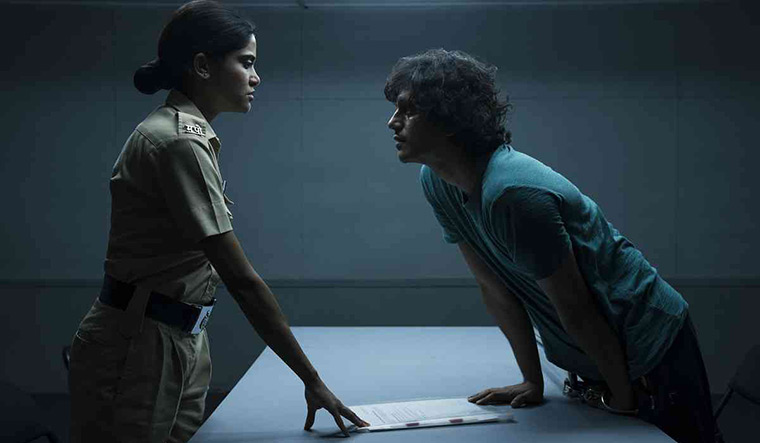 A still from She

He remembers a childhood in a typical Marwari household where his father was a handicrafts businessman who would have wanted his youngest son to study commerce. Varma dabbled in theatre in secret and secured a place at the Film and Television Institute of India (FTII), Pune, without telling anyone. When his father was not watching, he ran off to Pune with the help of a friend, who also funded his study there. FTII was never quite smooth-sailing. “I realised how inefficient and uneducated I was about the world that I was living in. Everyone out there knew far more than me. I was probably one of the weakest students in my class,” says Varma.

In a moving tribute to Irrfan Khan written last year for the Film Companion, Varma recalls how a generous Khan recommended his name to several producers after watching Pink—how the late legend once insisted, isko lo yaar. Today, Varma has his plate full with an exciting roster of releases—from Kahaani director Sujoy Ghosh's The Devotion of Suspect X with Kareena Kapoor Khan to Reema Kagti's web series Dahaad, opposite Sonakshi Sinha. In a complete role reversal, he was the lead, Morpheus, in the Audible adaptation of Neil Gaiman's Sandman in Hindi, alongside Tabu and Manoj Bajpayee. He voice-acted a character who is older than the gods in a fantastical world where living organisms are just beginning to dream. As Varma finally becomes more and more hero-like, he seems to have rediscovered his father too, who sent him a list of five must-watch films in the lockdown, including Ben Hur (1959), The Godfather (1972) and The Good, the Bad and the Ugly (1966). “His suggestions are brilliant. We have had serious conversations around these films. I found out this cool dude inside him who grew up on the right kind of films,” says Varma, unable to stop smiling. Of course, his family back in Hyderabad is now allowed to watch She.