Master chef’s guide to the galaxy 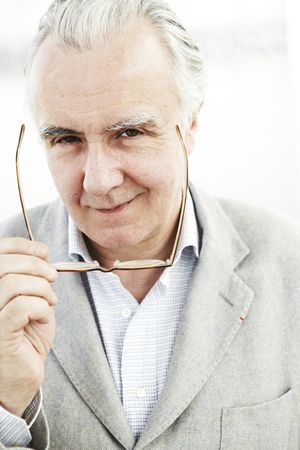 Every chef worth his salt dreams in Michelin stars. Earning one, however, is not an everlasting glory. There are yearly audits. An extraordinary restaurant might be riding high this year, earning three Michelin stars for “exceptional cuisine, worth a special journey”, but shot down the next with a re-evaluation: One star for not exactly keeping up. Or it might even lose that star bestowed for “high-quality cooking, worth a stop.”

Alain Ducasse earned his first three-star rating in 1989, when he was all of 33, for a restaurant called Le Louis XV in Monaco. By 2012, the French chef had garnered 21 stars with more than 30 restaurants, from New York to Hong Kong. The count now stands at 17, making him the only living chef with as many stars in the Michelin constellation. Not surprisingly, Ducasse is the only Michelin-rated chef to lay out a gourmet spread for astronauts aboard the International Space Station. His space food menu in 2015 included such piquant concoctions as duck breast ‘confit’ with capers and Riviera style swordfish.

How does he do it? “Well, I have several restaurants that do not have a star-rating. So that is never a goal in itself,” said Ducasse, on a bright, sunny morning in Delhi. Dressed in crisp white and navy blue, he came to India to inaugurate the plush, 75,000sq.ft culinary school named after him in Gurugram, Haryana. India’s first École Ducasse campus began operations last year at the Indian School of Hospitality (ISH) in the millennium city. For the students who finally got to meet the school’s eponymous master chef, it was a day of grand feasts and hectic networking. On his maiden visit to India, the 66-year-old chef got a taste of the country’s fine dining scene at ITC’s Bukhara and Indian Accent in the capital.

Ducasse’s visit is in interesting times when food and fine dining is looking more and more inward all over the world. It is all about elevating the hyperlocal, the regional, the communal. Asian food is bigger than never before. What happens to French cuisine, once considered the supreme expression of culinary craft? Media outlets across the world have begun writing obit pieces on how the appeal of French ‘haute cuisine’ is on a slow decline. Where does the hoary tradition of French cooking stand?

The question evoked the most passionate response from Ducasse; his translator was unable to keep up with his torrent of thoughts. “Forget about all the cliches you have heard about French cuisine. Because French gastronomy is reinventing itself permanently. The main actors are doing the same. We still have the best bistros and restaurants going back to hundreds of years. French cuisine is in a state of permanent creativity and evolution,” he said. 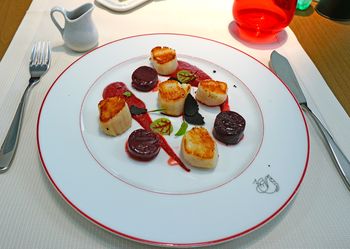 He could go on about it for the whole day. “What is the typical trademark of French cuisine? It is the technicality. We have to understand that the one cuisine which has taught probably many other cuisines to be so vigorous today is the French cuisine, because it’s the cuisine that is the most codified. And this allows us to be able to deliver our know-how in India. We are not here to impose the French taste. We are technicians and we are here to give the students a kind of tool-box so they deliver their own cuisine in the best possible way,” said Ducasse, braising, poaching, sautéing his words, holding forth on a style of cooking which is all about mechanics, logic and attitude.

There are no Michelin-starred restaurants in India, primarily because the Michelin series of guides have not landed in the country. But frankly, the world has gone beyond judging the merit of a restaurant on the basis of those much-vaunted stars invented by a tyre company in 1900 to help motorists find places to eat en route. Perhaps, Ducasse also wants the chef of tomorrow to discard these star-trappings. “The future chef will be very conscious of his responsibilities, especially towards the environment,” he said. “We want to train chefs here who will also be managers and entrepreneurs. They will be citizen chefs.”