Harry Potter@25: Three potions that we wish were for real 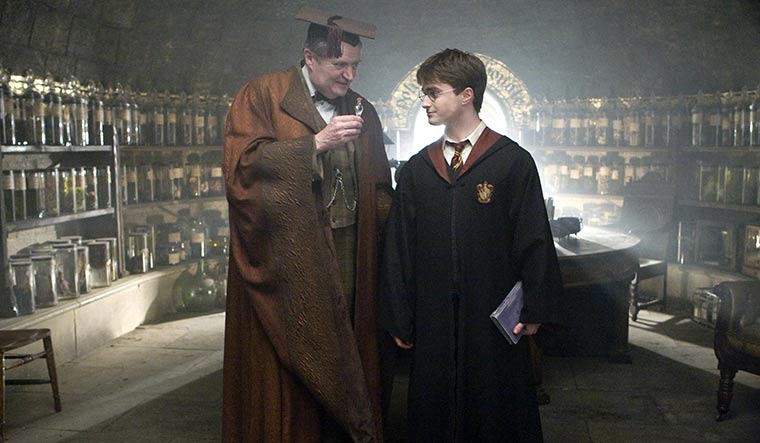 In most of the calls between the bestie and I, one of us is sure to mention apparition—a magical form of teleportation. “I wish I could apparate to you,” we often tell each other. ‘I miss you’ just doesn’t cut it for us Potterheads. As much as the magic though, it is the message behind it that has drawn in millions of fans over the last 25 years. And there is no denying that at the heart of the Harry Potter series lies love in its myriad forms. Love heals, protects and even softens the most hardened hearts. And, its transformative power is most evident in Severus Snape—a man flawed by nature, but redeemed by love. In an ode to the Potions master, here are three magical concoctions that we want to try our Muggle hands at:

Amortentia: It is called the strongest love potion, but what it does, at best, is create obsessive infatuation. True love, as they say, cannot be forced. If you do try it on a crush who is unaware of your existence, the most you will get is have them obsess over you for a few precious hours. Hopefully, their obsessive behaviour will get on your nerves and you will move on to the next eye candy.

Felix Felicis: While you may be unlucky in love, you can bottle some luck for matters other than those of the heart. Called ‘Liquid Luck’, this potion can make you lucky for a while, during which all your endeavours will succeed. But don’t go guzzling cauldrons of Felix Felicis, for it can go to your head and make you reckless.

Veritaserum: The truth serum is a favourite with interrogators, but it only works well on unsuspecting, vulnerable folks. Those with siblings could perhaps ask their parents who their favourite child is. Truth be told, they would see it coming.

P.S. Professor Snape would probably scowl at this list and dock points from Gryffindor.