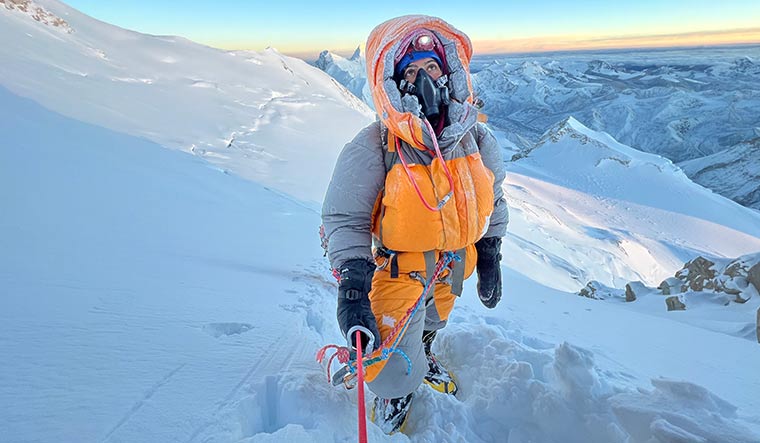 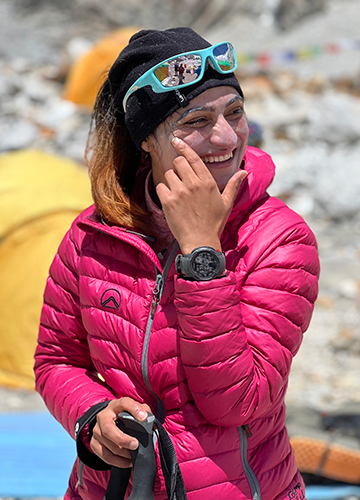 You would expect an ambitious mountaineer eyeing the coveted 8,000-metre-plus peaks to train hard in high altitudes. Endurance and strength training theories will tell you to find a hill and go for the hardest sprints on a bike. Yet, Baljeet Kaur, a chirpy 26-year-old mountaineer from Himachal Pradesh, was in Gurugram in the lead up to her 41-day expedition to Mt Annapurna and Mt Everest.

In her first ever visit to the millennium city, she was looking for sponsors to fund her long-cherished dream of climbing the Everest and attempting a couple of more 8,000-ers while at it. Even with money matters weighing on her mind, Kaur never wavered from her intense workout regimens in the six months that she camped at Gurugram—October 2021 to March 2022. Often, after a vigorous bout of exercise in a local gym, when her body would completely give up, Kaur would start running—upto 25km at a stretch on the dusty, traffic-clogged roads of Gurugram. “Only when my body got completely tired and drained, would I start running. I was obsessed that I had to do something,” says Kaur on a phone call from Mumbai, which is also a first-time visit, again for “sponsorship things”.

While the funding did not exactly come through then, Kaur became the first ever Indian mountaineer to summit five 8,000-metre peaks in 30 days in May—an unusual achievement for a young woman with very limited resources to fall back on. It was high-altitude climber Nirmal Purja, who climbed all fourteen 8,000-metre peaks in a record time of six months and six days in 2019. The former Gurkha soldier was 35 when he achieved this incredible feat. By then he was battle-hardened with his service in some of the world’s sketchiest combat zones and had managed to raise a good deal of money. Also, Purja, being a Nepal-born naturalised British mountaineer, did not have to worry about five of 8,000-metre-peaks being in Pakistan. Political compulsions make it that much harder for an Indian to attempt all 8,000-metre-plus peaks. Kaur, born to a now retired Himachal Road Transport Corporation driver, remains undeterred. “I am quite certain that in the next two years, if the governments exert their political will, I too, can climb all 8,000-metre peaks in record time,” says Kaur.

Kaur was the first Indian woman to climb Mt Dhaulagiri (8,167m) in October last year. In 2021 she was one of the few women mountaineers from India to summit Mt Pumori (7,161m) in the Nepal-Tibet region.

“I see young girls working very hard to get the opportunities they didn’t have earlier. My good wishes to all those who are thinking of climbing more peaks in shorter duration, and trying to create records in their life,” says Harshwanti Bisht, who became the first woman president of the Indian Mountaineering Foundation last year.

Born and raised in Plasta Panjrol village near Solan in Himachal Pradesh, Kaur’s first brush with mountaineering was as an NCC cadet in school. When she was 20, she was chosen for an NCC expedition to Mt Deo Tibba. This was followed by climbing Mt Trishul (7,120m) in 2015; it turned out to be a life-altering experience for Kaur who never looked back since, always hustling and grinding her way to realise her dreams. “I have been a yoga teacher, given acting lessons, and taught dance to differently-abled children. After college hours, I used to work in people’s houses, cleaning and cooking. I knew how to cook a full meal when I was eight,” says Kaur, who also took fitness classes online during lockdowns, “When I go back to my village after the current expedition, I may still have to pick up odd jobs, but I am certain there will be better payoffs for all us mountaineers in the future.”