Meet Harinarayan Rajeev, the Indian animator who made it big in Hollywood 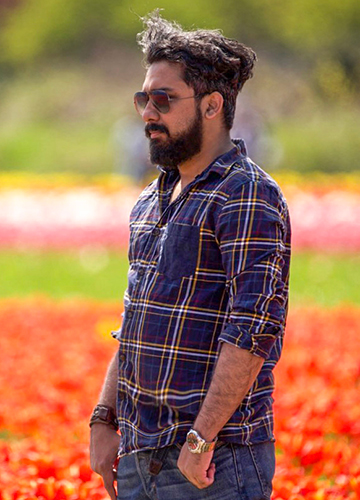 Harinarayan Rajeev was just six when Steven Spielberg’s Jurassic Park (1993) came out. He saw the film with his father at a theatre in Thiruvananthapuram. He still remembers his father’s reaction. “After the film got over, my father sat there in wonderment for some time,” recalls Rajeev, 35. “Then he told me this: ‘They [Hollywood] are at least 50 years ahead of us.’”

The meaning of those words was lost on him then, but now he knows. For, Rajeev has lived through the pain and struggle required to reach that level. And, his dedication has paid off. Today he is one of the most sought-after animators in Hollywood, having worked with leading filmmakers including Spielberg himself. Recently, he won the prestigious Visual Effects Society award in the ‘Outstanding Animated Character in a Photoreal Feature’ category for the character Jeff in Miguel Sapochnik’s Finch (2021).

Animation is no child’s play. “An animator has to know about acting, comedy, composition and drawing,” he says. “A good animator has to observe everything and understand the dynamics of everything—living and non-living.” For instance, before animating a racing sequence and a crash scene that involved snap zoom—a shot in which the camera zooms in and out quickly—in Spielberg’s Ready Player One (2018), Rajeev watched hundreds of real crash videos just to “train his mind”. The scene involved a car, bike and train, and it was shot as if the camera was realistically following the animated characters. That racing sequence was the most technically complicated scene he has ever animated, he says.

“I worked on Spielberg’s film for almost a year,” says Rajeev. “We used to have something called ‘daily’ [a virtual meeting], and Spielberg would comment on our work. To me, that was the best experience of my life because Jurassic Park was the movie that ignited [my passion for animation] and I got to work with the same director.” Moreover, when you work with a filmmaker like Spielberg, “you learn a lot of things from that experience”.

Rajeev has also worked his magic in Maleficent: Mistress of Evil (2019), Venom: Let There Be Carnage (2021), Avengers: Infinity War (2018) and Trolls (2016). In his 16-year-long career, he has been associated with some of the best studios in the world, including Dreamworks Animation and ILM (Industrial Light and Magic). Rajeev, who is now a senior animator at Sony Pictures, says that he saw his career as a game. “I wanted to master everything, so then it seemed like a game—just like moving from one level to another,” he says. “You need to spend six to 10 years to be at least somewhere in the [animation] industry.”

In filmmaking, computer-generated imagery (CGI) has two domains: feature animation, which you see in animated movies like Trolls, and visual effects that you see in films like Avengers. “A lot of people cannot do both.” But he can.

Rajeev now wants to use the knowledge he has garnered over the years to bridge the gap between Indian films and Hollywood. His short films Sawa (2022) and Adima (2019) have won awards in several international film festivals. “We have a lot of talented filmmakers in India, but have to do more to make our ‘good’ films great,” he says. A lot of animation studios outsource their work to India. “But we have to let the world know that India is not just a place that provides cheap labour,” he says. “So, for me, and a lot of other animators from India, our vision is to let the world know that we can also do things as good as them or even better than them.”