In Sparring Partners, Grisham returns to his favourite fictional town 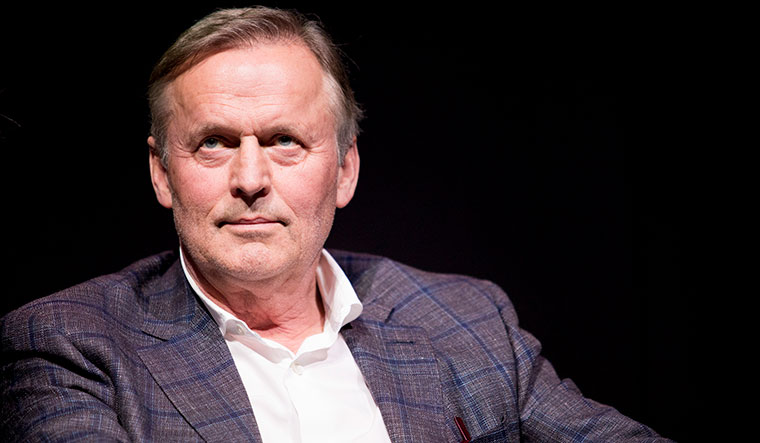 America has long had a fascination for lawyers.

Of the 46 US presidents, more than half have been lawyers, with only soldiers having had more luck with winning the presidency. Lawyers trump soldiers in the larger political battlefield, though—one of every three senators and congressmen are usually people with law degrees.

American lawyers have done well in the literary arena as well. Arguably, the first truly-great American writer was Washington Irving, who quit the legal profession to write such short stories as ‘Rip Van Winkle’ and ‘The Legend of Sleepy Hollow’. Erle Stanley Gardner, who created the detective Perry Mason, was a trial lawyer who defended poor Chinese and Mexican immigrants. Harper Lee’s To Kill A Mockingbird is as much a legal thriller as it is a searing indictment of racism in America.

None of them, however, has managed to keep readers in thrall like John Grisham has. A former small-town trial lawyer, Grisham has been churning out bestseller after bestseller—at least one each year; often two—that have sold 350 million copies combined in the past three decades. His specialty is plot-driven ‘legal thrillers’—in the form of dense novels like The Firm and The Runaway Jury. Over the past few years, though, he has also been trying to leap over the boundaries of commercial fiction with shorter, character-driven works. His latest, Sparring Partners, fits neatly into this project. It is his first collection of novellas—a literary form that is difficult to define and even harder to sell.

Sparring Partners contains three novellas, all of which are set in the American south. And Grisham, who was born in Arkansas, raised in Mississippi, and lives in Virginia, has the pulse of the south in the palm of his hand. “I wasn’t always a lawyer or a novelist, and I have had my share of hard, dead-end jobs,” he once wrote. “I earned my first paycheque watering rose bushes at a nursery for a dollar an hour. I was in my early teens, but the man who owned the nursery saw potential, and he promoted me to his fence crew.”

Such wry humour is the leading flavour of a standard Grisham book. He loathes injecting pathos, or sentimentality of any kind, into his characters or plot points—even when occasions call for it. In the general scheme of a Grisham plot, the strategy is far from a weakness. It could even throw up brilliantly subversive moments. In Sparring Partners, for instance, a prisoner on death row with just minutes to live is asked what the authorities should do with the paperbacks he has collected over his long years of incarceration. “Throw them in the fire with me,” he says, “and we’ll have the first literary cremation in the history of this wonderful state.”

With humour, Grisham often pokes at the deep scars left by slavery and racism in the south. In A Time to Kill, his debut novel published in 1989 and set in the fictional town of Clanton in Mississippi, a white lawyer called Jake Brigance tries to prevent a black father from being dispatched to the gas chamber for killing two rednecks who raped his daughter. A Time to Kill is a dark tale, just about enlivened by dark humour. “Can you see her?” Brigance asks the jurors, who are mostly white. “Her raped, beaten, broken body sacked in their urine, soaked in their semen, soaked in her blood, left to die. I want you to picture that little girl. Can you see her? Now, imagine she is white.”

A novella in Sparring Partners brings back Brigance as well as Clanton, the fictional town of 10,000 people “that somehow provided enough conflict to support 51 lawyers”. “The lawyers ate in the same cafes, met in the same bars, hustled the same clients, and almost all of them harboured the same gripes and complaints about their chosen profession,” writes Grisham in Ford County (2009), a collection of short stories that showed different shades of Clanton.

Grisham’s Clanton is mini-Mississippi, with a cast of characters that shun the good-bad binary. The town also doubles as a literary sandbox, where Grisham shapes compelling narratives that reflect his splendidly nonconformist political views. Nonconformist, because Grisham opposes the death penalty (like most Democrats) as well as abortion (like most Republicans), and fashions himself a centrist with progressive credentials (like most wealthy, white men in the south) even though he campaigned against Barack Obama for president. It is not without reason Grisham sets most of the Clanton stories in the 1990s; the current progressive political weather just will not do for his plots.

But then, to be fair to Grisham, ‘progressive’ is a difficult term to define in Mississippi. Long considered the most backward of the generally backward southern states, Mississippi has always been home to men with two faces. One of the state’s famous sons, Andrew Jackson, is revered as the seventh US president and the first from the Democratic Party, and reviled for having been a greedy cotton planter and slave owner. It was Jackson who built the Democratic Party into a formidable force that protected the interests of the slave-owning class and, later, anti-rights politicians in the south. It was not until the early 1980s that the party finally did away with that support base, and set itself upon a project to marry social liberalism and economic conservatism.

Grisham, a former Democratic legislator, is a child of that unhappy marriage, and he knows it. In the third and final novella in Sparring Partners, which give the book its name, he tells the tale of two brothers who are also fiercely competitive lawyers. One is a Republican, the other is a Democrat, and both of them battle each other for the soul of a large, once-prosperous law firm established by their illustrious-but-crooked father.

It might well be the story of Grisham and America. 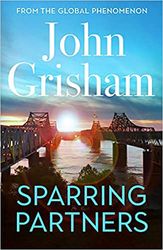