Vikram director Lokesh Kanagaraj is building his own cinematic universe

The filmmaker finally got to direct his childhood hero, Kamal Haasan 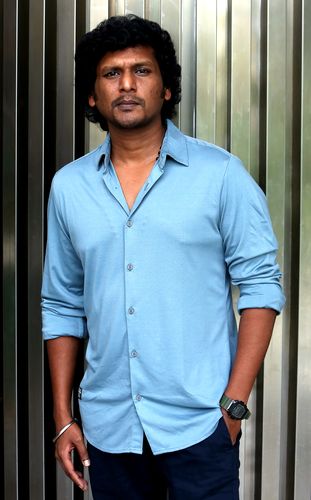 As Lokesh Kanagaraj joins the press conference, a hush descends over the room, before the silence is broken by the incessant click of cameras. His idol Kamal Haasan, who is also the hero of his latest film, Vikram, rises to welcome the director who has given him a blockbuster after six long years. Vikram grossed over Rs300 crore worldwide in the first 10 days of its release. All credit to Kanagaraj, 36, who conceived the story and screenplay. With the super-hit action thriller, the young filmmaker is now the latest sensation in Tamil cinema.

Kanagaraj, it is said, can give a film pan-India appeal just with his script and action-packed sequences. Despite the film's success, however, he has kept his feet firmly planted on the ground. More than success, the fear of failure has always haunted Kanagaraj. “If the film fails, it is not just me who fails, but also the technicians who worked with me, my entire team and the audience which believed in me. Even if a viewer is spending Rs200 for the ticket, if the movie fails it is a loss for them. If I understand this responsibility and fear failure, I feel I will be myself and can deliver,” says Kanagaraj.

Vikram's success did not happen overnight, neither was it merely a matter of luck. His hard work over a decade—ever since his days making short films—has paid off. Born and raised in a middle-class family in Coimbatore, Kanagaraj never dreamed of getting into the film industry. Having got his bachelor's degree in fashion technology, he went on to do his MBA and later worked for a private firm in Coimbatore for four years. But his interest in films, especially those of Kamal Haasan, made him want to be part of the industry.

His journey began with the acclaimed short film, Acham Thavir (2012), which won him the best director, best film and best actor awards at a short film festival called Clubace. He then made the corporate video, Customer Delight. And then he worked on an anthology, Aviyal, produced by Karthik Subbaraj’s Stone Bench Creations. Kanagaraj's segment, titled Kaalam, won four awards. That is when Subbaraj encouraged Lokesh to get into the feature film industry.

Kanagaraj took the leap in 2017 with his debut film, Maanagaram, produced by S.R. Prabhu. And then Prabhu again roped in Kanagaraj to direct actor Karthi in Kaithi (2019), which became a super-hit. Maanagaram made industry experts realise how a newcomer with a structured screenplay could draw the audiences to the theatres. If Maanagaram involved a structured screenplay, Kaithi employed a different style, with less writing and more execution. Then, he came out with Master (2021) that featured the parallel stories of two heavyweights (Vijay and Vijay Sethupathi), which was new to Tamil cinema.

The four-film-old director has always spoken about how a filmmaker can get whistles and applause for leading stars through his writing. Kanagaraj always ensures that his stars fully adopt his script. Though his fanboy moments are obvious, Vikram, too, is 100 per cent Kanagaraj's vision to which Haasan had to mould himself. “Kamal liked the idea I narrated to him,” says Kanagaraj. “But I liked his original Vikram script, and I suggested we take that character and fit him into my world. Kamal accepted.” But this was not an easy task. Kanagaraj took a long time to write and Haasan, too, he says, was confident enough not to hurry him. Apparently, when Vikram was in production, there were many times when Haasan would share his acting experiences with a star-struck Kanagaraj.

Kanagaraj never assisted any leading directors or got formal training at a film school. He learnt direction only from watching Haasan's films. He was five years old when he watched a video cassette of the original Vikram. He had even asked his mother why she did not name him Vikram because he was born the year the film released. As someone raised on 1990s Hollywood action films, Kanagaraj is fascinated by the action genre. “I grew up watching films like Predator, Rambo, Terminator and the Die Hard series, which were equivalent to the Marvel and DC films of today,” he says. “The action films I watched then had a lasting impact on me.” But he does not only want to stick to action; he also wants to explore the comedy and fantasy genres.

Vikram's success has increased the anticipation over Kanagaraj's upcoming projects as his cinematic universe is quite different from that of the existing set of directors in Tamil cinema. Kanagaraj, who has just signed his next project with Vijay, has plans for a sequel to Kaithi. Although Vikram and Kaithi are set in the same universe, it remains to be seen how different Kaithi 2 will be, and whether it will take us back to the past life of Kaithi’s protagonist, the ex-convict Dilli. When asked about this, Kanagaraj only smiles.

He is today one of the most sought-after and successful directors as all four of his films did well at the box office. With Vikram’s success, he is now known as a director with his own cinematic universe, which, observers say, he is building along the lines of Marvel and DC. What's more, his belief that this cinematic universe will take Tamil cinema to the next level is shared by none other than his childhood idol—Kamal Haasan.