iPadOS 16 takes tablets closer than ever to laptops

It will be available for consumers by September 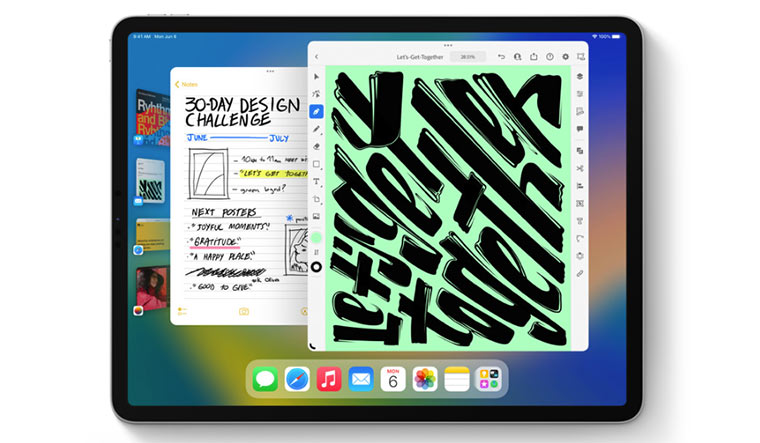 The past two years have been good for computers, thanks to the work-from-home and study-from-home arrangements. In the post-pandemic world, however, most people are back at office or have a hybrid work arrangement. That makes a strong case for devices that are more portable than laptops, but equally functional. Smartphones, of course, can do most things. But their small screens and the inherent limitations of their operating systems—Android and iOS—make them a less-than-optimal solution for work.

Tablets, on the other hand, fit the bill when it comes to screen size. But they are also constrained by the operating systems—iPadOS on iPads and Android on other tablets. Apple, maker of the iPad, seemed serious about making tablets an alternative to laptops when it launched the iPad Pro a few years ago. The hardware was excellent (the iPad Pro now has the same M1 chip used in the MacBooks) but the software never measured up.

That might change soon, as the iPadOS 16, which was launched a week ago and will be available to consumers by September, takes tablets closer than ever to laptops. A new feature called Stage Manager makes multitasking a breeze, as it is a lot easier to see the open apps and switch between tasks. You will also be able to see the folder size (yes, you could not do that earlier) and change file extensions. Apple will allow manufacturers to create drivers for iPad, which will let external devices connect to the tablet. There are rumours that Apple has plans for a 14-inch iPad Pro.

While the jury is still out on whether iPhones are better than Android phones, iPad’s supremacy among tablets is uncontested. iPadOS 16 will not only widen that gap but also take the battle to the realm of laptops.