Doniger says she found many passages in her letters “deeply embarrassing” 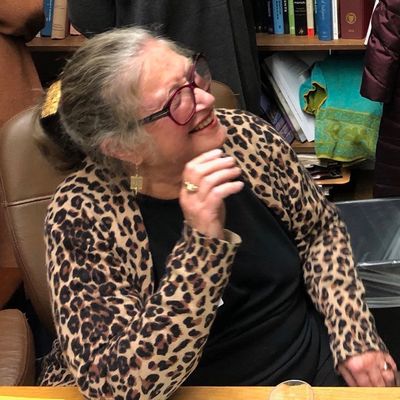 Wendy Doniger appears on the screen from the East Coast at 9:30am, bright red lipstick in place. Her trademark big glasses make her eyes seem large—and curious. At 82, Doniger’s energy leaps off the screen. Her latest book, An American Girl in India: Letters and Recollections, 1963-64, is a compilation of letters from a 22-year-old Doniger as she makes her way to India—the country she will spend the rest of her life obsessing over, reading and learning about, and loving deeply.

“I was sorting things out for myself all the time,’’ she says. “It was very exciting. It helped me to write. I had my Olivetti typewriter with me. I had my parents with me in some ways. I thought, If I tell my mommy and daddy what is happening with me, it would not be so strange. ‘Dear mommy and daddy,’ I wrote. ‘You won’t believe what I saw today.’ I was used to talking to them.”

Delightful, breathless, wide-eyed, vivid, warm and laugh-out-loud funny—the letters bring alive politically active Calcutta, and a Santiniketan clinging to Rabindranath Tagore’s way of life in 1963-64. It is the portrait of a young writer writing about a young, teenaged India trapped between two wars. She is in the country just post the 1962 war with China and in the lead-up to the 1965 war with Pakistan.

These letters written over the one-and-a-half years she was in India document her life in Santiniketan—where she stayed at the Birla Hostel with other international scholars. “I was younger than my 22 years,’’ says Doniger. “Many of the 22-year-old women would have been more sophisticated than I was in general. I was very pampered.”

Crammed with details—of friendships formed, of her travels across the country in local trains and buses, of wearing saris, of learning Manipuri dance, of meeting the sarod player Ali Akbar Khan—the letters tell a lot about India as well as about the young scholar Doniger: eternally curious and hungry to learn. She is also fun, fierce and feisty—qualities rare in a scholar, which makes her exceptional.

There are profound observations about an India caught between tradition and modernity. “But some of the Indian writers are beginning to realise the value of what they have thrown away,’’ she writes. “Articles appear bemoaning the fact that India is trying so hard to do what other nations do better and has no pride in her own way of life.”

The letters had been lost for decades, until when she cleared out her office upon retirement in 2018. “My mother kept them,’’ she says. “When she died in 1991, they came back to me. But I never read them. When I retired and had to give up my beautiful big office, there was this box of letters. So, I suddenly met my 22-year-old self when I was 80.”

The book, as she writes in the preface, is the annotated edition of the 33 long letters she wrote home. (Her mother, a towering figure in her life, was instrumental in sparking her interest in India. She gave her E.M. Forster’s A Passage to India to read when she was young.)

Stored in a time-capsule, the letters are very much a blast from the past. On the one hand, they chronicle the life that Doniger is living—far away from home and trying to reassure her parents, leaving out the more exciting details. On the other hand, she describes them as “field notes’’. But more than that they are also, as she admits, “naive’’. “I was tempted to edit out a number of passages that I found deeply embarrassing,’’ she says.

However, Doniger, on the advice of her publisher, Ravi Singh, did not. She kept the errors and misconceptions of her non-woke 22-year-old self. Passages, she writes, “now make me blush for their Orientalism: I loved the old and hated the new in India, just like the British did.” Instead, she did what is incredibly brave—she acknowledged them and “supplied a corrective footnote”. Again, proof of her character: Open, unafraid and always offering the possibility of better. 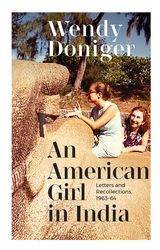 AN AMERICAN GIRL IN INDIA: LETTERS AND RECOLLECTIONS, 1963-64