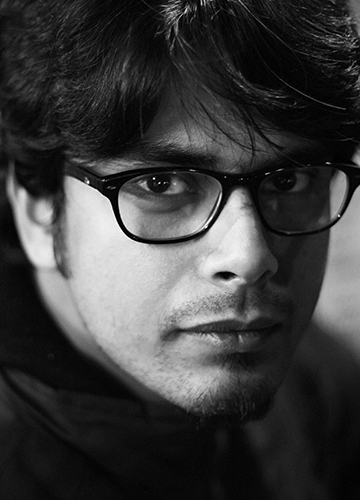 A dog rummages through a pile of rubbish even as it is drowned in the blinding headlights of a passing car. A lone black kite circles overhead, silhouetted against a grey, ageing sky. Rats feed on empty plastic bags. A building trembles upside-down on a puddle. A crane stares at a frothy stream, as though searching for its reflection trapped inside the foam. These are images from Shaunak Sen’s film, All That Breathes, which won the World Cinema Grand Jury Prize at Sundance and the Golden Eye award at Cannes this year. One might mistake it for a nature documentary set in an urban setting. Except that it is not, because Sen is not simply showing; he is making a point. So, you see an ant trundling across a leaf, while a newsreader announces that Delhi has become a war zone. She is referring to the anti-CAA protests, but the war might well apply to the city’s life forms, as they battle to survive in an increasingly hostile environment.

“In some sense, the film began as a vague texture, mood or tone,” says Sen. “As an evanescent glow at the back of my head. I wanted to capture the inherent greyness of Delhi, where the air is very tactile, heavy and oppressive, and lives are laminated by the noxious air they breathe in. Philosophically, I wanted to explore the human-nonhuman relationship, and so I was looking for people with a deeper, profound relationship with the sky or the birds. That is how I found the brothers.”

The story of the brothers, Nadeem and Saud—who rescue black kites with the money they make from selling soap dispensers—is at the heart of the film. Sen met them three years ago in the cramped basement in Wazirabad where they work. “I was fascinated by this tiny, industrial-looking basement with a garage on one side and these majestic birds on the other,” says Sen. “The duality of the space felt very cinematic.” There is a candour in the telling of the brothers’ story—Sen lets them narrate it without any attempt to manoeuvre the meaning. “I worked hard to elicit their trust,” he says. “If you show up every day, then people start trusting you and understand that you are empathetic and compassionate.”

Sen is an alumnus of Jamia Millia Islamia University and Jawarharlal Nehru University in Delhi. All That Breathes is his second feature-length documentary after Cities of Sleep (2016), about the metropolis’s homeless who struggle to find a safe sleeping space, which won six international documentary awards. “I myself was struggling with insomnia at the time. You tend to reflect on the thing bothering you, and that is when I thought of reconfiguring sleep as a political phenomenon,” says Sen. “When a subject interests me, I become all-consumingly, hypnotically addicted to it, and single-mindedly devote years to it.” The flip side, says Sen, is that it takes a lot out of him emotionally, mentally and physically. “You spend three years on a film with no certainty that it will work. In that sense, there are multiple layers of risk, and you need vast resources of belief,” he says.

Flying high: Stills from All That Breathes.

Flying high: Stills from All That Breathes.

Sen is an only child who spent a lot of time by himself while growing up. “I have always needed time alone to nourish and rejuvenate the inner life of the mind,” he says. “Filmmaking has always been a passion. In school, when you were asked to write essays on what you wanted to become when you grew up, I wrote about becoming a filmmaker. I used to enjoy going to the library and reading books on cinema. I am interested in illuminating concepts and ideas cinematically.”

He tells his story so allegorically that it leaves a lot of room for interpretation. You can excavate as many metaphors as you would like; the film is strewn with them. So, the news about anti-CAA riots on the street is bracketed within the shot of a lone kite. “Just like the kites are different, people are also treated differently,” says one of the brothers. 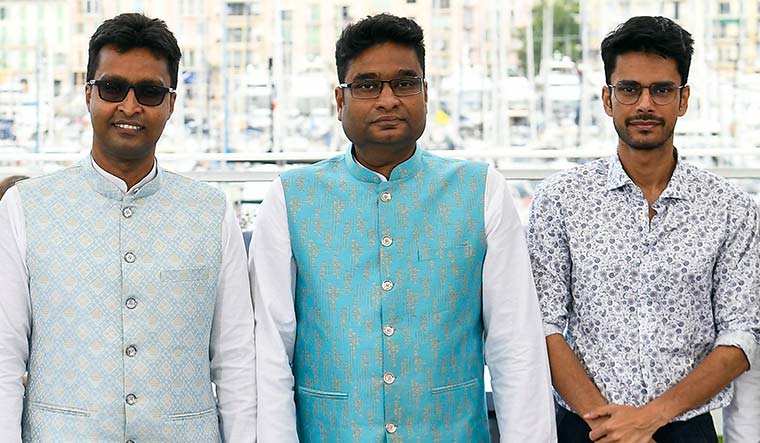 One cannot help but be touched by the work of Nadeem and Saud. It is a thankless task amidst a collapsing world, where everything seems to fail—electricity, the meat incinerator, the fridge…. Then, their lives themselves seem at break point, when the riots reach their door step. There is an everyday conversation among the brothers and their families during a meal. “Even small spelling mistakes matter,” says Nadeem. “Our dad’s high school certificate says ‘Mohd’ instead of ‘Mohammad’. Imagine being made a refugee because of a spelling mistake.” The ordinary, almost clinical manner in which they discuss losing their country is at once shattering and sedate. As though violence has become such a matter of course that no one pays attention to it anymore.

The film ends on a poignant note. Nadeem has just been accepted to an American college, where he wants to learn more about healing birds. It is his dream come true. As he video-calls his brother from the US, the frame gets frozen. The camera pans out as he repeatedly asks Saud whether he can hear him. The work the brothers are doing is much like knocking on a door which refuses to open. Is there anyone on the other side? Is there anyone to hear them?