Micro-fiction is gaining popularity in India like never before

Micro-stories can be savoured during lunch, commutes or while waiting at airport 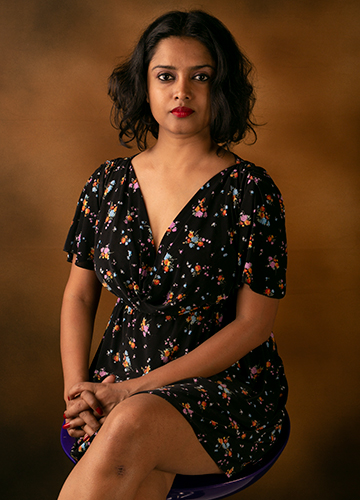 In an era marked by dwindling attention spans, micro-fiction is gaining popularity, especially on social media. Terribly Tiny Tales (TTT), a much loved online platform based in Mumbai, regales its readers with micro-stories. Written in 140 characters or less, some of them make you ponder and reflect.

The micro-fiction movement in India was pioneered by Anuj Gosalia’s TTT. Today, it reaches millions of readers through social media.

Jael Varma, poet and assistant vice president of a private bank in Bengaluru, agrees. “An average reader loses interest beyond 240 words. A good story is a good story whether you say it in 2,000 or 200 words. As Shakespeare said, ‘Brevity is the soul of wit’.’’

To write good micro-fiction, writers need to keep three things in mind, says Gosalia. “They should make sure the stories are reliable and that the reader can relate to the character in the least number of words. Also, a surprise element, or a twist in the end pays off.” Micro-fiction can easily become trite if you do not spend enough time and effort on the craft, he says, “The right word in the right place is the key.”

The beauty of micro-stories is that you can read and savour them during lunch break, short commutes or even while waiting at airport. Each word in this sub-genre of short stories is carefully chosen and is never a drag.

Micro-fiction has found a niche reader base, too, says Kavita Shastri, associate professor and head of department of English at Vijaya College, Bengaluru. “Micro comes under flash. Sometimes they are used as synonymous terms,” she says.

Micro-stories create a miniature world for readers. “Its concise format opens up new vistas of creativity on the one hand but on the other it constricts the expression due to its length,” says Shastri.

Those who dismiss micro-fiction stories as blunt must read Franz Kafka’s Give It Up! The 124-word story is layered with meanings. A compelling read, it echoes existential agonies.

Saideep Bharadwaj from Bengaluru likes how micro-fiction allows for the most absurd of interpretations—ranging from sorrow to silly. “I can imagine someone buying shoes during the pregnancy, but the baby didn’t make it through. But, there also could be as silly an explanation—like they got the size wrong and the store didn’t allow returns. Different people could see different explanations based on what they are going through in their lives,” says Bharadwaj.

Will micro-fiction be the haven for writers in an impatient world? Writer Anees Salim, known for The Blind Lady’s Descendants and Vanity Bagh, responds with an emphatic no. “Both as a reader and writer, micro-stories have never appealed to me,” he says, “To me, they are like the five-over cricket matches you play in the gully. No time to settle down, no time to pause and reflect, and no time to speculate the progress of the plot.”

Everything evolves. That is the law of nature. “So is the written form, from mighty novels to micro-fiction. There is no right or wrong, it is what it is,” says Varma, who sounds wise beyond her years.