'The Living Mountain' spins a tiny tale that encompasses the universe 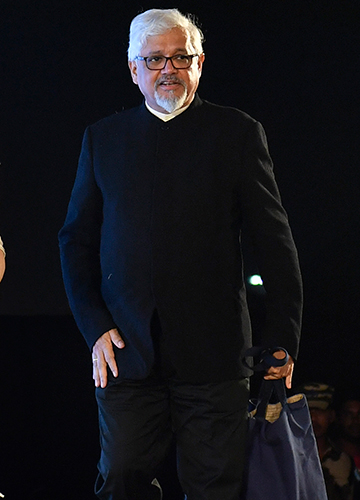 The Living Mountain arrived aptly in an April of record-breaking heat—scorching, exhausting, unrelenting, and a sneak-peek at the world ahead.

A fable for our times, Amitav Ghosh’s new book has spun a tiny tale that encompasses the universe. At the heart of it, the book tries to make sense of the inferno that rages outside. And it does it in a way that only a storyteller like him can—effortlessly, effectively, evocatively, and as always, completely unforgettably.

Simple—breathtakingly so—the story is told through a dream of Maansi, who set out to make a reading list on Anthropocene for a book club. At the heart of the story is a history lesson and it neatly wraps the beginning of man’s conquest of nature. From the spice trade to colonialism, neocolonialism and the inherent inequality in the power structures of solutions for climate change. There are very few writers who can take the complexity—and the complication—of climate change and make it a fable, and make it compelling.

But Ghosh has that gift. The scale of his writing has always been epic, but in The Living Mountain he magically turns what is gigantic into a sliver of a tale. Yet it is delicate and deep. “I always wanted to write things for my kids,” he says, looming large on the screen over a Zoom call. He is in Goa, just landed a day earlier, and is jet-lagged. “My work has not gone in that direction in years. Maybe if I have grandchildren, I could read it to them.”

Set in a valley in the shadow of the Himalayas, Maansi’s dream tells the story of a village that lived near the Mahaparbat. The villagers inherited the belief that the mountain was alive and that it would protect them and look after them. They lived for it, danced for it, sang for it, told stories for it, but never climbed it. There was an agreement that no strangers would be allowed on it. Till one day, a stranger of a new kind came. His people were Anthropoi and wanted to learn about the nuts that grew in the valley. Finally, they came with their army and subjugated the village. “The savants of the Anthropoi were unmatched in their wisdom and they decided that since we were not making use of the mountain’s riches, they were fully justified in seizing them and taking whatever they wished.” They then climbed the mountains. The story tells the disaster that follows and whether there is a way to save the mountain and humanity.

No prizes for guessing the lesson Ghosh is trying to teach. His last book, The Nutmeg’s Curse, traces to the spice trade the origin of the ecological disaster that looms present and imminent. And in The Living Mountain, Ghosh distills the whole weight of history into a dream-like story. The Anthropoi subjugate the village by wiping out their stories and imprisoning the Adepts, the old women who had kept alive dance and tradition, telling them that stories were worthless. “The idea of The Nutmeg’s Curse is very much there,” he says. “What happened to the people of the Bandas was exactly like this. This wonderful fruit produced nutmeg and mace, and it made them rich. People came from long distances to trade with them. It is not that the Dutch are treating people as resources. They are trees; as resources, it just exists to be exploited and this has set it on a disastrous course that we are on.”

Jungle Nama—a graphic verse novel that Ghosh brought out last year—uses the folk tale of Bon Bibi to bring alive the story of the forest, greed and nature. The Living Mountain, too, uses aspects of the power of oral storytelling to spin a tale for contemporary times. Jungle Nama recently became a musical production and was performed at the University of Pennsylvania. The music was courtesy his old student and artist Ali Sethi. It is very much at the heart of what Ghosh has been trying to do since he wrote The Great Derangement—a book where he addresses the climate crisis in full. The Living Mountain is part of that effort.

So, is there hope? Is it possible, as the Adepts said, the mountain can only be understood by listening carefully, not with our brains, but with the soles of the feet? “Maybe what she is saying is, forget the arrogance that you are taking care of the earth,” says Ghosh. “Our best hope is that the earth takes care of us.” 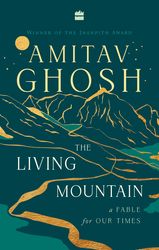