Anil Kapoor and his son, Harsh Varrdhan, speak about their new Netflix movie, and more

Still have a lot more to learn from the younger generation, says Anil Kapoor 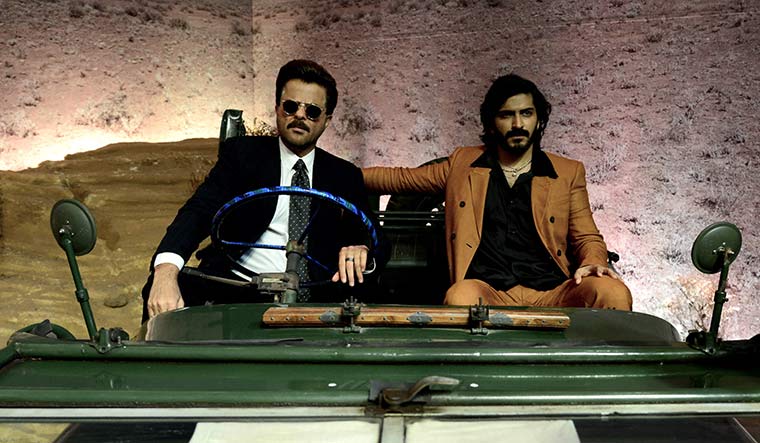 Sitting down with Anil Kapoor and his son, Harsh Varrdhan, for a chat, throws up a pleasant challenge. It is not easy to decide who is the primary interviewee. Perhaps sensing the dilemma, Kapoor leans back on his chair, allowing his son to take the lead. Harsh, the youngest of Kapoor’s three children, and his father are promoting their upcoming Netflix original, Thar, their second collaboration after AK vs AK which was released in the winter of 2020.

Thar, directed by Raj Singh Chaudhary, is a character-driven film, says Harsh, who plays the role of an urban drifter. An antiques dealer by profession, he travels across a remote village in Rajasthan that has been rocked by a series of violent killings. Kapoor plays a cop who investigates the murders and crosses paths with Harsh.

The father-son duo is going all out to promote Thar, after having invested in it not just as actors, but also as producers. Harsh is happy about the star power that his father brings to the project, but is wary about the inevitable comparisons that follow. “One cannot expect me to be Anil Kapoor 2.0. There is very little of him in me,” says Harsh. “Acting is very individualistic. It isn’t his stock portfolio that I am inheriting. I am trying to carve my own path and I cannot do that if I try to be him.” Dressed in a colourful printed jacket and denims, Harsh looks dapper. His heavily-bearded, chiselled jawline adds to his mature, ‘take-me-seriously’ look. Giving him tough competition is his superstar, sexagenarian father, who appears radiant in a full length, light-blue kaftan, which he pairs with a white churidar and sports shoes.

While being completely conscious of the legacy of his filmy family, Harsh has given the mass-market, masala films a miss so far. The five films he has done in six years belong to the non-commercial, character-driven, parallel genre. Take, for instance, his debut film, Mirzya (2016), based on the Punjabi folktale of Mirza-Sahiban, or the dark and edgy Bhavesh Joshi Superhero (2018) or even the anthology based on Satyajit Ray’s short stories, Ray (2021).

“I am only five films old. And even then I think I have had the luxury to do different films. There have been gaps, but I think the films have been unique and I can proudly say that they are very Harsh-centric,” says the young actor. Kapoor listens intently as he grabs a snack for himself. What is his assessment about the way his son’s career is panning out? “I think he has been very lucky. At least luckier than me,” he says. “Harsh has worked with established directors including Rakeysh Mehra and Vikramaditya Motwane and has done everything on his own.” 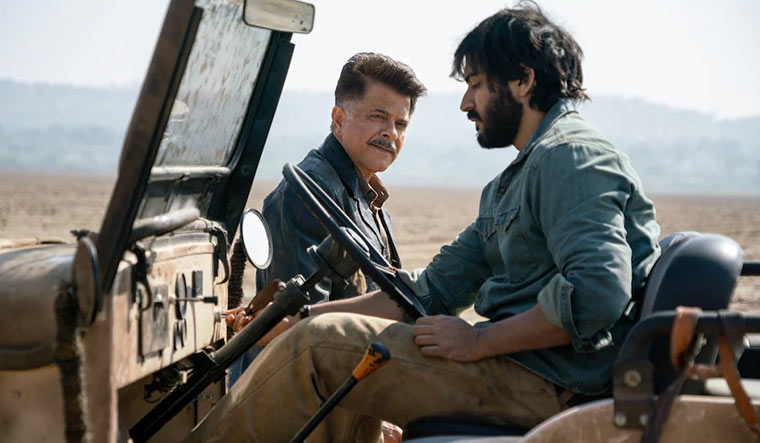 Different shades: A still from Thar.

Kapoor got his first big break in 1983 with Woh Saat Din, which was an in-house production by his father, Surinder Kapoor, and elder brother, Boney Kapoor. It came after numerous bit-sized roles in films, of which some never even saw the light of the day. But he never had to look back after Woh Saat Din, and can be credited for having brought his family to the club of Bollywood A-listers, singlehandedly.

Kapoor has never had a second phase in his career because he never took a break in the real sense. He has been a part of the industry consistently as he glided seamlessly from the chocolate boy image of the 1980s and 90s to that of a superstar in the early 2000s and thereafter essaying vivid roles, including negative ones, and as father to younger stars, with equal élan. 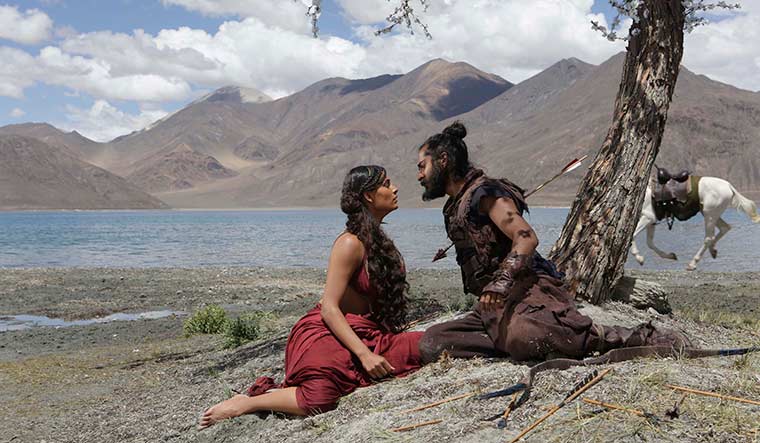 Harsh’s debut movie Mirzya was based on the Punjabi folktale of Mirza-Sahiban.

Today, his age and experience are worth their weight in gold. But Harsh does not seem to be keen to take tips or help from his dad. “The entire world will seek my advice, but who listens to me at home,” he says, laughing. “I have all the luxuries that life can offer but Harsh stays in a small flat all by himself. What can I do?” Kapoor stops mid-conversation, to get himself tested for Covid-19. His assistants say he is worried about getting infected and undergoes Covid tests quite often. His support staff, right from his PR manager to his driver, are always with him. “His core staff has been with him for years now, nobody leaves. He is so good with them and attends all their important functions, including weddings and birthdays. All are equally important to him,” says one of his team members.

As the conversation goes on, Kapoor starts looking more and more tired. Both father and son have been promoting their movie aggressively, giving back-to-back interviews and travelling around quite a lot. The previous day was hectic as well. Kapoor started at 7am and could get back home only by 11pm. He danced, answered questions, took “at least 70 pictures with 70 people” and smiled a lot. “My whole body was hurting when I lay down at night,” he says.

After nearly five decades in Bollywood, how will Kapoor define the recipe of his success? “I don’t know it yet,” he says matter-of-factly. His appeal is enduring, but the secret of his success, he admits, remains inscrutable, even to himself. And he says he has more to learn, even from the younger generation. “I was edgy, but he (Harsh) is sorted. There is so much that my own children can teach me. I am also evolving as an actor. I have realised that as one ages, the effort that goes in is also many times more. You have seen me a million times now, so what new thing can I offer to keep you engaged?”

So, what keeps him busy these days? Kapoor says he is involved in multiple projects. He also enjoys his regular conversations with other senior actors, discussing body ache and creaky bones. “I speak to Amit ji (Amitabh Bachchan) and Shabana Azmi. I ask Amit ji which part of the body hurts the most. And, I often tell Shabana ji how difficult it has become to get in and out of the car.”

As we wind up, Kapoor opens up about what he believes is his biggest strength. “I am not delusional. It is better to underestimate oneself. Earlier I would only think about myself. Now, my only wish is to remain in a position where I can be choosy about my films.”