Can Kannada cinema replicate the success of 'KGF'?

'KGF Chapter 2' is expected to break all records 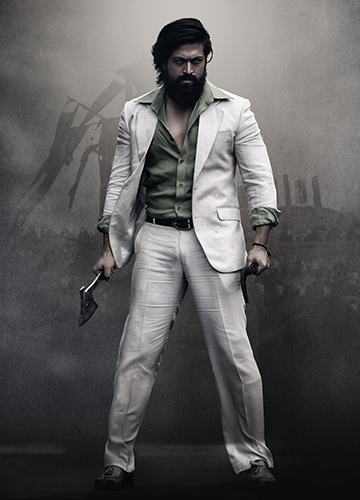 Adialogue by Rocky bhai from the Yash-starrer, KGF Chapter 2— “Violence, violence, violence. I don’t like it. I avoid. But violence likes me. I can’t avoid”—has set the internet on fire, ahead of the film’s pan-India release on April 14. It will be released in five languages—Kannada, followed by dubbed versions in Hindi, Tamil, Telugu and Malayalam— across 6,000 screens in India. In KGF 1 (2018), a hugely successful Kannada period-action film, the underdog Rocky bhai, rises from poverty to rule the Kolar Gold Fields (KGF) after felling the villain Garuda (Ramachandra Raju). In the sequel, Rocky will fiercely defend his empire from the antagonist, Adheera (Sanjay Dutt), and the country’s prime minister, Ramika Sen (Raveena Tandon).

After the gargantuan success of KGF 1, which grossed more than Rs250 crore at the box office, there is great anticipation over the sequel. This time, the film has been made on a larger scale and is expected to break all records, including that of S.S. Rajamouli’s RRR, which touched the Rs1,000 crore mark at the worldwide box office. KGF 2’s official trailer crossed 109 million views within 24 hours.

The film, helmed by Prashanth Neel and produced by Vijay Kiragandur under the banner of Hombale Films, is bound to remind one of Rajamouli’s Baahubali parts 1 and 2, starring Prabhas. The cult film made the audiences in the Hindi belt sit up and take notice of south Indian films, while ringing in big moolah at the box office.

KGF is not a film but an emotion, said Yash. Like the rest of the KGF team, he said the film will once again turn the spotlight on Sandalwood. What started off as a Kannada film for the Kannada audience grew into a mammoth project. Yash attributes the success to Neel’s “vision”, while Neel credits Yash for dreaming big. “When I narrated the story of KGF 1 to Yash, he saw huge potential for it to become a pan-India movie. But I did not believe him, as I saw it as a film for the Kannada audience,” said Neel. The movie, starring debutant Srinidhi Shetty as the leading lady, was shot in Hyderabad, Kolar, Bengaluru and Kadapa. The immersive sets by art director Shivakumar J., compelling visuals by cinematographer Bhuvan Gowda and music by Ravi Basrur have brought the dark world of Rocky alive on the big screen, with a riveting, almost haunting, storyline.

While Bollywood still reigns, regional blockbusters like Baahubali (2015), KGF, Pushpa (2021) and RRR (2022) have redefined the rules of the game. The larger-than-life southern heroes and their gravity-defying stunts are now going beyond home borders into the Hindi belt. It seems that the northern landscape has slowly developed an appetite for southern “masala” films. During media interactions, Yash repeatedly asks people to stop looking at films in silos. “It is not to be seen as different ‘woods’, but as Indian cinema,” he said. “The audience has moved on. As a viewer, I do not care whether it is a Hindi, Tamil, or Telugu film. I believe we are all one industry and we should stop using these titles (Bollywood or Sandalwood).”

While Kannada actors like Anant Nag, Girish Karnad, Arjun Sarja, Prakash Raj, Prakash Belawadi and Kichcha Sudeepa have made a mark in other film industries, it was post KGF 1 that the Kannada industry started looking at pan-India movies. Puneeth Rajkumar’s last multi-language film, James, which released on March 17 became the second Kannada movie to gross Rs100 crore at the box office.

Action Hero: A still from, James, which became the second Kannada movie to gross Rs100 crore at the box office.

KGF has no doubt provided a template for commercial success and has brought recognition to the Kannada film industry. But can the KGF success be replicated? “For decades, Kannada cinema has won many national awards for its content-oriented films. But KGF has helped us reach a larger non-Kannada audience. It is an epic that has set a benchmark for Kannada films aspiring to go bigger, both in terms of content and reach. But to make them a success nationally, it requires huge finances, big stars, ace craftsmanship and a sound marketing strategy,” said award-winning Kannada filmmaker P. Sheshadri. Sharing a similar sentiment, Kannada actor-producer-exhibitor Rockline Venkatesh said, “Yash was already a star in Kannada cinema when he embarked on this long and arduous journey. Prashanth’s directorial debut Ugramm, too, had made enough noise, and Vijay Kiragandur showed courage as a producer to go on this venture. But not every film can be KGF.”

The Kannada film industry is facing unique challenges. Despite being one of the highest film producers (200 to 250 films a year) in the country, if the industry has consciously avoided a larger canvas for itself, it is with reason. The stalwarts protected it by resisting the dubbing of films. They realised early on that dubbing or collaborations would open up the market but eventually shrink the space for native Kannada films. It would also promote star-centric big banner films from outside the state. Sandalwood has always looked at its films not as money spinners, but as an ecosystem that supports creativity, nativity and the livelihood of thousands of film workers. It was business with social responsibility. 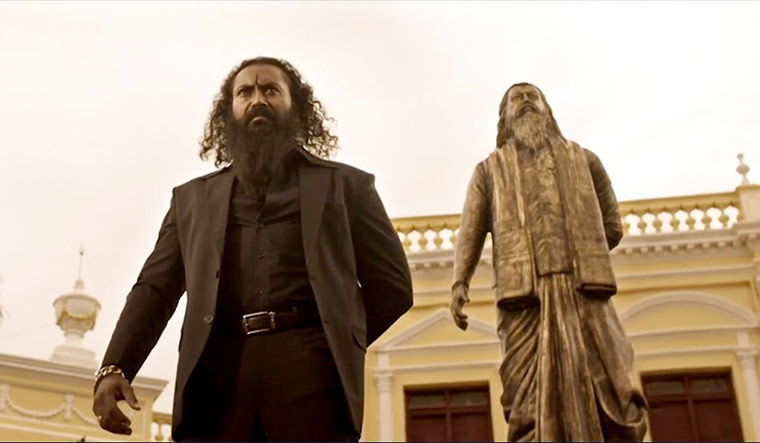 Cult status: A still from KGF 1.

“The film industry here is closely bound to the Kannada language and culture. Legendary actors like Dr Rajkumar, Dr Vishnuvardhan and Ambareesh made huge sacrifices to build and retain the Kannada identity. Despite being mega stars, they gave up big remuneration to support Kannada films. They also resisted the lure of working in other film industries. The pan-Indian films are no doubt bringing the industry into the limelight. But it is the smaller films that provide bread and butter to local talent, be it actors, directors, producers or technicians,” said Venkatesh.

According to him, Kannada films have always struggled to find enough screens for theatre release and have had to compete with non-Kannada films (English, Telugu, Tamil, Hindi and Malayalam) for prime-time slots in multiplexes. Last month, the Basavaraj Bommai government announced that the annual film subsidy of Rs10 lakh would be extended from 125 to 200 Kannada films. While the government support can build volumes, it takes the mad passion and craftsmanship of KGF to break the barriers, and dream bigger.