Matteo Bocelli on entering the world of his father, opera icon Andrea

The young singer has his own personal dragons to slay 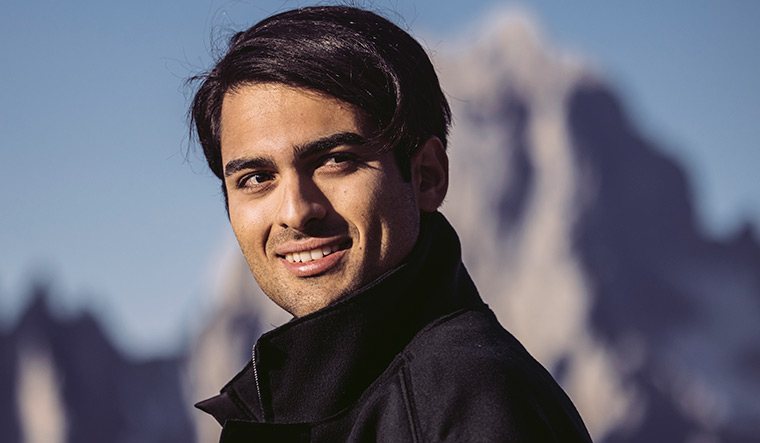 From the time Andrea Bocelli’s nanny gave him a record of the famous tenor Franco Corelli, his destiny was set. Music became “an unavoidable need, a way to give lightness to life”. Still, the 63-year-old Italian singing sensation, who is described on Spotify as “the most successful classical artist of all time”, did not have it easy. His family sold farm machinery and made wine for a living. Having learnt to play piano at the age of six, he paid for his music lessons by playing at local bars. At the age of 12, a sporting accident left him completely blind. His music career, “punctuated by disappointments and by doors shut on me”, took off in 1992, when he impressed Italian tenor Luciano Pavarotti with the demo tape of his song, ‘Miserere’, which became a huge hit in Europe. Since then, he has recorded 15 albums of pop and classical music, sung for popes, presidents and royalty, won a Golden Globe and a star on the Hollywood Walk of Fame.

Like the sons of most famous people, Andrea’s son, Matteo, 25, had it both easy and tough. He could follow the path forged by his father, but while doing so, he would have to carry the weight of his father’s fame. “I never felt that my father put pressure on me, but when you have a dad who is world-renowned, it is hard not to perceive some external pressure to succeed,” says Matteo, who was in India recently for a collaboration with singers Amaal Mallik, Prakriti and Sukriti Kakar for his debut album.

Matteo grew up in the seaside town of Fortei dei Marmi in Tuscany, in a “pretty noisy household” where someone was always playing music. “Dad would take us with him to events and on work trips,” he says. “He was involved in a lot of work for his charity, the Andrea Bocelli Foundation, so there were lots of fundraising events with celebrities at our home. They were just normal people to us. My father was fun and playful and really wanted to connect with us. He tried and failed many times to get me into horse riding with him.”

He might not have got his father’s love for horses, but he definitely inherited his musical gene. He was taking piano lessons by the age of six and “singing in secret” as a teenager. “I hadn’t really told anyone I was interested in singing…. I knew from a young age I wanted to go to music school and train properly, but I didn’t consider a career as a singer until much later,” he says.

Matteo was 18 when he debuted onstage alongside Leo Nucci and Sumi Jo to sing ‘Verdi’ at the Rome Colosseum. Since then, he has performed at iconic venues around the world, from Madison Square Garden to the Hollywood Bowl, and on TV shows like The Kelly Clarkson Show, Stephen Colbert’s The Late Show and Dancing with the Stars. He has performed for royalty and shared the stage with the likes of Elton John and Steven Tyler. He recently joined his father, Camilla Cabello, the Jonas Brothers, Norah Jones and more at the White House for a musical soiree.

It might look like a glittering resume, but Matteo has had his own personal dragons to slay, most evident in his debut single, ‘Solo’, which he says is about feeling alone and facing your fragility, especially during the times when his father was away touring. “Feeling so far away, but I gotta find my way, They tell me don’t go, But I know it’s time to go, ‘Cause I’m singing solo,” goes a line in the song. ‘Solo’ was released by Capitol Records in September 2021, and racked up more than three million global streams.

Matteo’s voice is not as full-bodied as Andrea’s; it betrays a note of tentativeness. If Matteo carries his music admirably, Andrea is carried by it. There is an abandonment which Matteo has yet to master. Still, his voice displays a maturity that has overshot his age. There is that curious phenomenon of joy born in pain. And an ability, like his father, to immerse you in his story. As Andrea once put it, “In order to sing well and convey emotions to those who are listening, it is necessary to have something to tell through singing. Therefore, to sing well, you must develop a passion for life.”

Their voices complement each other in their single together, ‘Fall On Me’; one smooth as butter, the other strong and spirited, rising to a crescendo of hope and pathos. ‘Fall On Me’, which featured in Andrea’s 2018 album, Si, went on to soundtrack Disney’s The Nutcracker and the Four Realms. The haunting track could well have been a paean they sing to each other, one asking the other to carry him along on the tidal wave of life. It might well have been Andrea’s response to his son when he sings, “Fall on me, With open arms, Fall on me, From where you are, With all your light.”