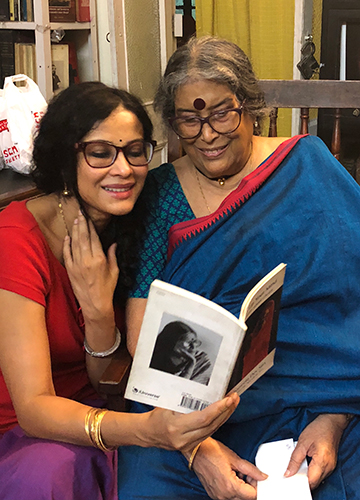 In Nandana Dev Sen’s family, poetry is inherited, cherished and very much a daily affair. Her grandfather Narendra Dev, her grandmother Radharani Debi and her mother, Nabaneeta Dev Sen, were all poets. It is also part of tradition—instead of birthday cards, the family would write birthday poems. And this year was no different. On her mother›s birthday (January 13), Acrobat, a book that captures 60 years of Nabaneeta›s poetry, hit the shelves. A perfect present, one that her mother will never read.

Nabaneeta died barely two weeks after the contract for Acrobat was signed. A feminist, writer and poet, Nabaneeta di—as she was known to her fans—could fill up a whole room; she left the world emptier in November 2019. For Nandana, losing Ma, whom she spoke with many times a day, came at a time when the world was about to stop. Poetry, which was a refuge for her mother, became hers, too. “I retreated into poetry,” she says. And Acrobat, which is a collection of her mother›s poems Nandana has translated from Bangla, became this tangible link to Ma.

It is the hour before midnight. But across continents, on a bright day in New York, Nandana is at home. A picture of her mother is on the shelf behind her. “I still cannot see a video of her,” she says. “I am now at a point when I can look at her photos with gladness. Even that was hard for a long time. But I still cannot bear to see a video of Ma, or hear her recorded voice.”

A fat, grey cat walks across the corridor. Lekhika, with a name worthy of a family of writers, loves books and computers. “I was keen to rescue a cat from a shelter,” says Nandana. “When she came to us her name was Lake (her wilder twin was called River). At one point in our Kolkata home, we had 17 cats.”

Growing up in a home where everyone wrote, Nabaneeta believed that all grownups wrote books. She also wrote, every day, and deliberately in Bangla. Years later, she returned to Kolkata with her daughters, Nandana and Antara, after her divorce with Nobel laureate Amartya Sen.

Poetry was inescapable for her, as much as it was an escape. “She often said, and wrote, that poetry had saved her many times; it had pulled her ashore when she was drowning,” says Nandana. “Now, I was translating her poetry at a time when I felt truly lost and disoriented by my own grief for her. I had never experienced this kind of all-encompassing sadness before. I think in the same way that poetry had worked as a coping mechanism for her, it became that for me, too.”

Tender, evocative, sad and deeply felt, Acrobat is a book that is life-changing and life-affirming. It is unflinchingly honest and impossible to forget. It is also a labour of love. “There were large parts of my mother’s life that I had not fully understood until I translated the poetry,” says Nandana. “I had not understood why my parents broke up. It happened when I was so little. They were wonderful people, wonderful parents, and till the end, remained wonderful friends. We were quite a close family, but I came to understand their estrangement and separation much better while working on Acrobat. The big difference between experiencing a poem as a reader versus as a translator was that you could not but “claim” it, almost as a co-creator, a conduit. Choosing those words and finding the language for her pain made me realise just how much pain there was.” 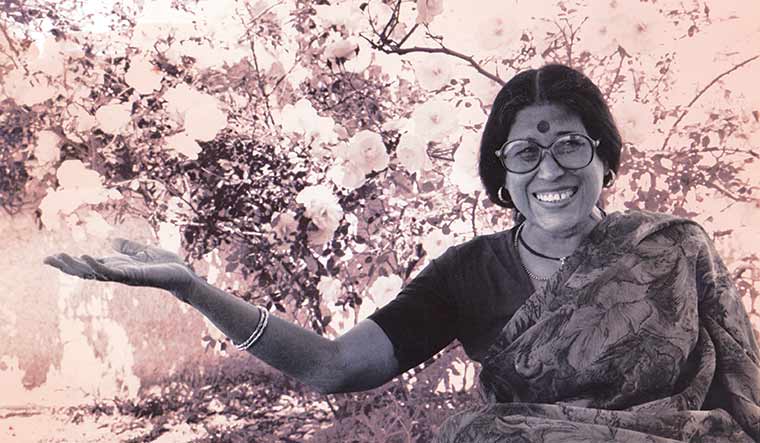 The Return of the Dead, the last poem in the book, captures Nabaneeta’s experience as a single mother in a city that was her home, but where she now felt a little unwelcome. “It has a vulnerability, an honesty that is true to all her poetry, but also, a kind of brutality of disappointment,” says Nandana. “It is not easy to be able to talk about your own feelings of betrayal in such a stark way. When my mother left Kolkata at 21, she was this incredibly glamorous young person the city did not want to let go of. A brilliant student headed for Harvard, a published author, a wonderful painter. She was also stunning, with a large coterie of suitors, and she was engaged to someone on the brink of stardom.

“But when Ma came back as a young mother with two kids and a marriage that was falling apart, she was met with an awkwardness that she was not expecting. Even in her liberal literary and social circle, no one knew anyone who had got divorced. Of course, she made a place for herself again soon enough, but the heartbreak of what felt like another rejection is so clear in this poem, which is why I end the book with it.”

The poems linger in your head and get lodged deep in your heart. “If she opened her heart in her prose, Nabaneeta continued to bare her soul in her poetry,” writes Nandana.

In The Lamp, Nabaneeta writes about a dialogue with her mother—to switch off the light and go to sleep while her mother wants to read one more, hinting at time running out. It is heart-breaking.

What makes Acrobat essential is that it is an act of love. It is a daughter’s tribute to her mother—the most beautiful woman in the world—through finding words for her pain while she grappled with her own. “I was holding Ma when she died; I can still feel her warmth in my arms,” says Nandana. “Because of the pandemic, I have not had a chance to go back to Kolkata to process and absorb the loss. It still feels very raw. On my birthday a few years ago, Ma gave me some of her children’s books—at least, I think that’s what they are—along with other gifts. She had wrapped it so beautifully; I had saved it to open later as a treat.

“I fished it out this year and I was going to open it on my birthday. I carried it to England. But then I carried it back. I could not open it. She had wrapped it with her hands, written a little note on it. So, I still have this present from my mother—if I open it, it would no longer be a surprise from Ma.” 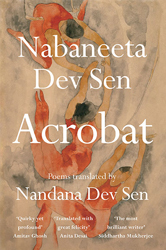