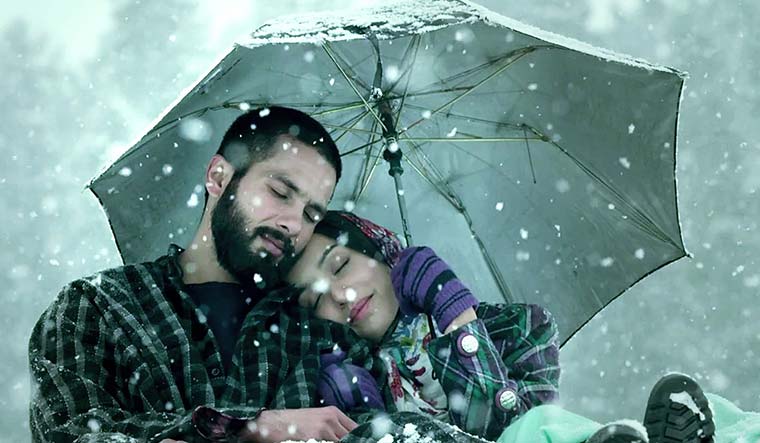 Evergreen film songs like ‘Tareef karun kya uski’ (Kashmir Ki Kali, 1964) and ‘Chahe koi mujhe junglee kahe’ (Junglee, 1961) immortalised Bollywood’s love affair with Kashmir in the sixties. Thanks to films shot in the valley, people across India could immerse themselves in the beauty of places like Gulmarg and Pahalgam, and their lakes, gardens and snow-capped mountains.

It was the militancy in the 1980s that ended the affair. When the violence finally subsided, Bollywood films began focusing more on the valley’s ugly political turmoil than on its ravishing beauty.

Now, Jammu and Kashmir Lieutenant Governor Manoj Sinha wants Bollywood to fall back in love with Kashmir. In August, he launched the Union territory’s new film policy in Srinagar, in the presence of actor Aamir Khan, director Rajkumar Hirani and other major Bollywood players. “The new policy will transform Jammu and Kashmir into the most preferred film shooting destination, reviving its halcyon days of being a cinematographer’s delight,” said Sinha.

The policy offers a slew of incentives to filmmakers, ranging from hassle-free grant of permissions and security arrangements to subsidies of up to Rs50 lakh, if five or more local artistes are hired for a project. The incentives are also available for producing televisions shows, web series, documentaries and content for over-the-top platforms.

While they have welcomed the new policy, local producers and artistes fear that it may not be adequate to revive the regional television and film industry, which was dealt a crushing blow when Doordarshan shut down DD Kashir in 2011. Many artistes and technicians have been struggling to find steady jobs since then.

Nazir Josh, a comedy actor known for his work in popular TV serials such as Hazar Dastan and Jum German in the 1980s, said artistes have been in an existential crisis since the closure of DD Kashir. “The government must frame a separate policy for regional TV and cinema. Otherwise, the future looks bleak,” he said.

According to Josh, it would be easier for Kashmiri artistes to work in Bollywood once they have made a mark in the regional industry. He cited his own experience in 2012, when filmmaker Mahesh Manjrekar cast him in a film shot in a Kashmir. “We had never met,” he said. “But he had heard about me and offered me a role in the film. I had a small role initially, but when he saw my acting, he gave me a bigger role.”

Veteran actor Zameer Ashai, who has been in the industry for 38 years, said the new policy may not widen the field of opportunities for local producers and artistes. “There is no work because of the closure of DD Kashir,” he said. “The government needs to formulate a separate policy for supporting regional television and cinema.”

Ayash Arif, a prominent actor and director, pointed out that the film policy was ambiguous about how the government would support regional television. “It talks about the film development council. The council’s role needs to be clarified. The government should create a financial body to provide funds and subsidies to regional producers, like it does in other states,” he said.

A senior actor who did not wish to be named said the provision for subsidising projects that employed at least five local artistes would not make much of a difference. “Filmmakers who invest big money on their projects will not be enticed by incentives. They don’t need local technicians or writers either,” he said. “We have people who have invested in lighting equipment, editing suites, cameras and sound systems, but all of that has been lying idle since DD Kashir was closed.” 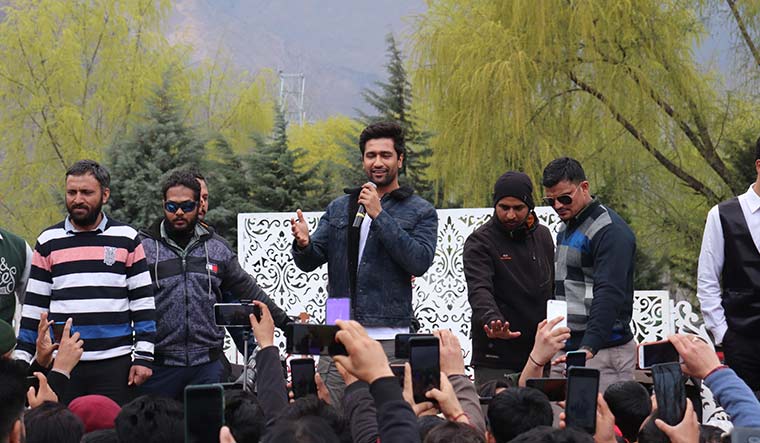 Artistes for whom acting was the only source of revenue are now forced to do small-time jobs to provide for their families. There are people like Pranna Shangloo, an award-winning actress, who need help from relatives and charities to survive. In her sixties now, Shangloo began her theatre career soon after graduating in the 1970s. She became so famous for her performances in television serials in the 1980s that she played Indira Gandhi, albeit for a very short time, in the 1999 Bollywood film Heeralal Pannalal. Shangloo’s husband died in 2009, after which she fell on hard times. “Since the death of my husband, my daughter has been paying the rent of the house I am living in,” she said. “I have had to sell many household items just to survive.”

According to actress Safiya Maqbool, artistes find it difficult to land jobs in other fields because of their fame. “People treat us like celebrities and are reluctant to offer jobs,” she said. “And we have not been paid for our work because Doordarshan withheld payments to producers.”

Producer Mushtaq Ali Khan said Doordarshan left local producers like him in the lurch. “They are not releasing the payments they owe us. The government must come to the rescue of people who earn their living from this field,” he said.

Will the new film policy help in this regard? “At least someone has thought of a film policy,” said Khan. “The previous government neglected this sector altogether.” According to him, the policy will help boost the local economy.

According to Maqbool, though, if the government really wanted to help people in the entertainment industry, it should have revived DD Kashir. “I have been an actor for 20 years, but for the last 12, I have been unemployed,” she said. According to her, DD Kashir not only gave artistes like her opportunities, but also played an important role in promoting Kashmiri language and culture.

Lack of opportunities in the valley has been forcing artistes to relocate to cities outside the Union territory. “There is nothing for actors in Kashmir,” said actress Saniya Miraj. “I shifted to Mumbai nine months ago; it has helped me get great opportunities.”

According to playwright Arshad Mushtaq, the film policy is intended as surrogate advertisement for tourism, and is designed to benefit middlemen in the logistics business. The aim, he said, was to show that everything was hunky-dory in the valley. “If the government is serious about promoting cinema in Kashmir, then it must focus on cinematic art,” he said. “The government should train local people and provide a platform for regional cinema, like Tamil and Malayalam films. There is also the question of censorship. Will they allow films like Omar Mukhtar, and those based on local narratives, to be screened in Kashmir?”

Despite criticism, the government remains hopeful that the policy will attract filmmakers to Kashmir. “At the launch event, producer Mahaveer Jain announced that his upcoming project will be shot in Jammu and Kashmir,” said a government official. “A web series by Rajkumar Hirani’s son, Vir Hirani, will also be made in Kashmir.”