It was London in the 1980s. Bret Easton Ellis of American Psycho fame had just sold his first book. Sonny Mehta—who loved his Scotch, cigarettes and had a bloodhound’s nose for a good book—was his editor. One day, Ellis was at Mehta’s for dinner. They had just finished drinks when Mehta, one of India’s best-known literary editors, asked him what he would like to eat. Ellis promptly said ‘sushi’, “not really grasping the culinary limitations of mid-1980s London, expecting that Japanese restaurants and sushi bars were as popular there as they were in Los Angeles,” says Ellis, in his tribute to Mehta. A distinct silence fell over the living room. It took Mehta 45 minutes to find sushi in London, and an hour later they were all seated. Ellis was “mortified”, he told his host. Only to be told by Mehta that he was the writer, and “the writer always comes first”.

Whim-satisfiers, hand-holders, collaborators, counsellors, first readers, complete believers, and always, always champions, editors might remain invisible in a book, but they are at the heart of the project. “I know I am doing my job well if you don’t know that I have done my job,” says Manasi Subramaniam, executive editor and head of literary rights, Penguin Random House.

But more than words, it is about trust. “It is a time of vulnerability for many writers,” says V.K. Karthika, publisher, Westland Books. One of the most sought-after editors in the business and the last one to have a Booker Prize under her belt, she has the ability to bring out the best from the toughest writers. “They let the editor into their lives and speak their minds in the knowledge that it is safe to do so. Trust—I guess that is the crux of it. And it lasts long after you have stopped working on that particular book. Like old friends, you can usually pick up the conversation where you left off,” she says.

Editing is almost always about love. It is a feeling at the pit of the stomach, as an editor put it. And often, like love, it requires pursuit, especially when the writer is committed elsewhere. Chiki Sarkar, publisher, Juggernaut, remembers calling actor and author Twinkle Khanna and saying, “I have to have you. I can’t let you be published somewhere else.” Khanna had asked her for advice about her contract with HarperCollins India. Sarkar spoke with her, liked her, read her pieces on her way to work and knew that she had to have her.

Years later, Sarkar and Khanna are still an item. “One of the things I tell my authors is that, while the book is getting published they can call me any time,” says Sarkar. “They can send me emails at 10pm or 11pm, or at midnight. Typically, I reply immediately. I am on the phone with my authors a lot. Alex, my husband, says he can tell when I am speaking to an author. He says that I have a ‘Twinkle’ voice. You talk a lot to your authors outside work. It is 24x7, every day of the week.”

Responsible for bringing the stars to the shelves, Sarkar is probably one of the few editors who have managed to make Bollywood saleable outside the big screen. It takes a lot of skill, proper pitches, finding the perfect fit and a mantra that Sarkar has perfected. “You never take the first no as no,” she says. “You take it as an entry point. People often say I don’t have time. If Kareena [Kapoor Khan] had said no, I would not have pushed it. But, say, with a businessman. You would find me saying, ‘Sir, can you give me 20 minutes and I will see if I can charm you.’ If you say that, they won’t be churlish.” 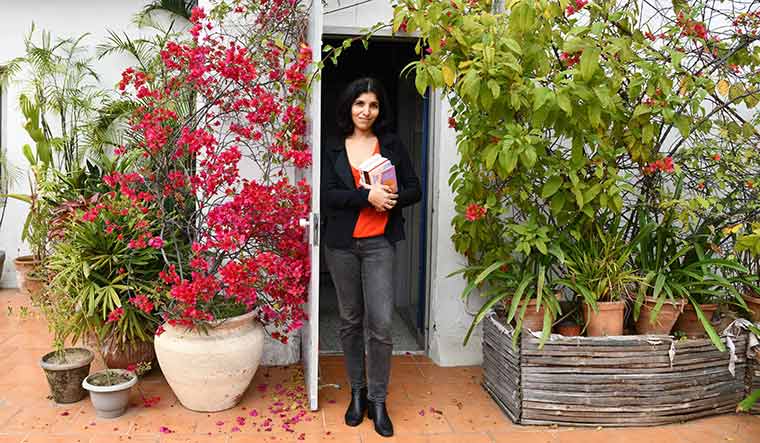 Then there is the question of the right ghost writer, the right questions and hard work. “When I was editing [actor] Sunny Leone’s book, we were working on the story of a girl who liked nice underwear and was sleeping around,” says Sarkar. “She said, ‘Here is this girl who is so particular about what she puts on her body. Don’t you think she would care a little about who she would sleep with?’ In another, we were doing a story about a girl at a hill station boarding school. She said that she did not want anyone fantasising about underage girls in her stories. You know, she shamed me. I should have thought of that.”

Each book is different. In true blue cricket-lover terms, Udayan Mitra, executive publisher HarperCollins India claims that working on every book is not equally a scintillating experience.“It can’t be, just like every Test match can’t be Eden Gardens 2001,’’ he quips.

"A lot of the time, we as editors are simply providing our professional services: straightening out the argument, snipping off the curly fringes, even putting in a semicolon, or a comma or two. But..working on every book is a learning experience." In his long innings as an editor, there is one author, stands out. 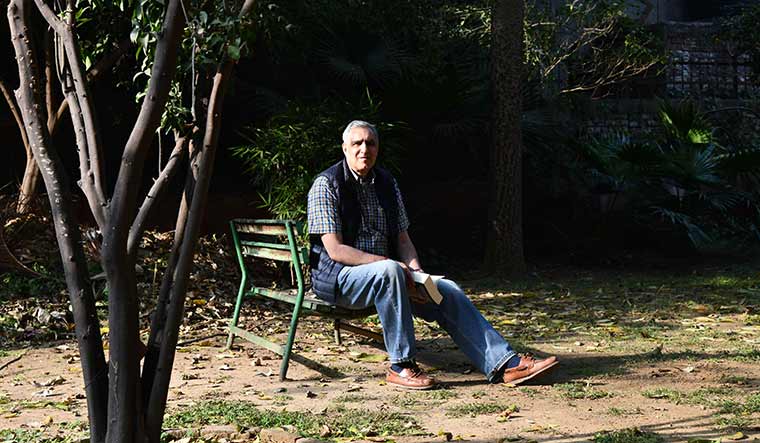 “One author I will never forget is Dev Anand,’’ says Mitra. “Dev saab was unusual in so many ways: he would always answer the phone himself; he handed over a 600-page handwritten manuscript, I shuddered to think how long that would’ve taken him; at eighty-plus, he was as excited as a teenager when a new idea struck him. Being in the same room with him was as exciting as being in a movie hall.’’

But often, it takes years of quiet wooing, a gut instinct and jumping through many hoops. Many times, it is also about going the whole hog. Milee Ashwarya, publisher, Ebury Publishing and Vintage Publishing at Penguin Random House India, was a passionate supporter of publishing debut authors much before it became fashionable. She remembers sitting by TV personality Cyrus Broacha’s dining table and getting him to write. “It was difficult,” she says. “His handwriting was atrocious. He used to tease me saying that it was only his mother and I who had been able to get him to write. I used to have to transcribe it onto notebooks and then edit.” The hard work paid off. It was a big hit for its time, and it set a trend. “We became friends with him, his family and his dog,” she says. “We went on to do two more books together. I have seen him evolve as a writer.”

If Broacha needed to be coaxed to write, editing those who can is not always easy either. Krishan Chopra, editor-in-chief, Bloomsbury India, remembers how he had the idea in 1997 that became a super hit book, India 2020, by Dr A.P.J. Abdul Kalam, who was then the scientific advisor to the defence minister. He had a hectic schedule travelling across the country to research labs. The book came chapter by chapter, and it was a race against time to get it published. In the last leg, Chopra, along with two other editors, sat in a flat in Chanakyapuri to proofread the manuscript just before it went to print. “There were three of us—Udayan Mitra, Paul Vinay Kumar and me—sprinting through the text at eye-popping pace to correct as much as we could,” he says. “The taxi had been kept waiting, and the last set of pages was sent to the typesetter near midnight.”

This was a relationship Chopra nurtured and built. “Publishing is among the toughest businesses,” he says. The lockdown has made it tougher. It may have been a difficult time for the industry, but it has been a golden time for reading. Two of the hottest books of 2020—Djinn Patrol on the Purple Line by Deepa Anappara and A Burning by Megha Majumdar—were edited by Subrabaniam. “I think there is a point in everyone’s publishing career when you realise that you have a burden of responsibility about what goes out in the world,” she says. “It can be anxiety inducing and nerve wracking. I am using this in a positive sense, because that pressure is what keeps me on my toes. It is a very exciting kind of anxiety. I get to do this, it is a privilege. With great power comes great responsibility.”

This has also changed the way relationships between editors and writers are built. “We did a lot of phone and video calls,” says Ashwarya. “I feel that we got closer and, in some inexplicable way, we were thinking through things. But human connection is very important for books.” More than just the job, the pandemic also changed perspective. “The tragedy that unfolded during Covid had a much deeper effect than just re-looking at routines,” says Chopra. “The effects of that churn, I am sure, will be reflected in publishing lists, too, going forward.”

Ritu Menon, of Women Unlimited, writes about when Taslima Nasrin invited her for lunch. Menon—who, along with Urvashi Butalia, had set up ‘Kali for Women’, a start-up feminist publisher—published Nasrin’s first work in English, My Girlhood. Nasrin had been exiled from Bangladesh and was living in Delhi. “I hesitated [about accepting the invitation], but then agreed because it would be rude to refuse,” writes Menon in Address Book: A Publishing Memoir in the time of COVID. “She cooked the most elaborate, utterly delicious meal, huge quantities of it, and watched with obvious pleasure as I, and a couple of her friends ate. ‘It’s my birthday,’ she said, ‘and I wanted to cook for my friends. That’s what I used to do in Dhaka’.” Writers always come first.