Mods must be crazy 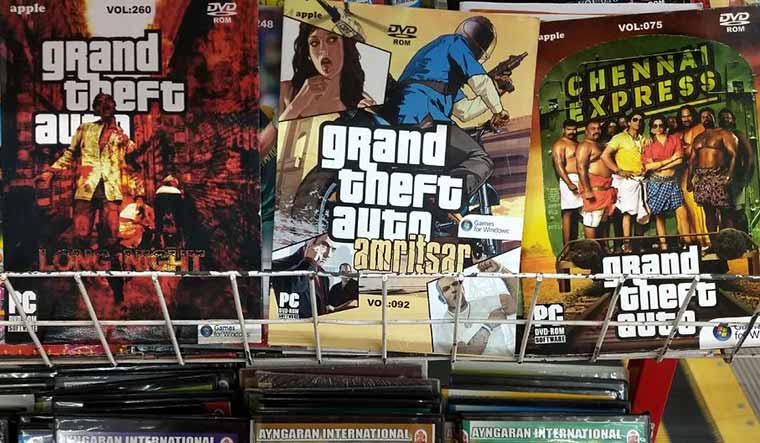 At a supermarket in Thiruvananthapuram, as my eyes roved greedily over the magazine rack nearest to the checkout counter, I spotted a DVD for a video game that should not exist—Grand Theft Auto: Chennai Express.

Since the release of Grand Theft Auto: San Andreas in 2004, developer Rockstar North have added two sequels and a handful of expansion packs to the franchise, but none of them were based in India, or involved hordes of the undead.

The GTA series is a byword for open-world, explore-and-do-anything video games, with many imitators but no equal. But its detailed vistas that imitate and parody Los Angeles, San Francisco, Miami and New York may feel alien to non-American audiences. And thus, the ‘modding’ (modifying) community steps in, adding regional touches for a bit of a laugh and giggle.

From a YouTube search, I gathered that the Amritsar and Chennai mods for San Andreas were little more than the addition of a few character models, renamed places, and occasionally, some Tamil dubbing overlaid onto a custom mission. Modders have yet to recreate the Chennai experience in a GTA game, but that does not mean that they cannot.

Mods can transform a game into a totally different experience. Some five decades of video gaming have shown us the extent to which talented programmers and artists can take the aged clay of an outdated game and reshape, retexture and re-imagine it into new form. Many YouTubers amass lakhs of views simply by playing popular games retrofitted with bizarre and entertaining mods.

While some mods exist for mirth’s sake (a popular Minecraft mod replaces the sun with a photo of Nicholas Cage), many seek to improve the experience. If you thought the graphics, music and gameplay of Doom (1993) seem prehistoric today, you should check out the Brutal Doom mod, which adds more gore, better graphics and punchier weapons; it won praise from Doom’s designer, John Romero.

If The Elder Scrolls V: Skyrim (2011) seems passé today, there are more than 40,000 mods to choose from that can make the game look like a next-generation title. When gamers grew tired of waiting for Valve to remaster Half-Life 1 properly, they decided to do it themselves—the resultant product, Black Mesa, was so good that Valve approved it for commercial release.

Some of the biggest games in eSports today—Counter Strike: Global Offensive and Defense of the Ancients—began as mods for older games like Half Life and Warcraft.

The modding community shares parallels with the free software movement, releasing most of their work for free or under open-source licenses. But it also has tendrils in piracy, with modders sometimes porting games from one platform to another, and in cheating, with many mods allowing players more abilities and access to unique hacks.

Modding is not without risk. In 2019, Japan cracked down on this in a bid to protect intellectual property, and laid down a five-year prison sentence and a fine of five million yen for modding game data and consoles. Publishers like Rockstar—while beneficiaries of some of the largest modding communities in the world—have also been hostile to modders, forcing makers of GTA Underground (which sought to unify three GTA games into one playable super-world) to shut down and remove all download links.