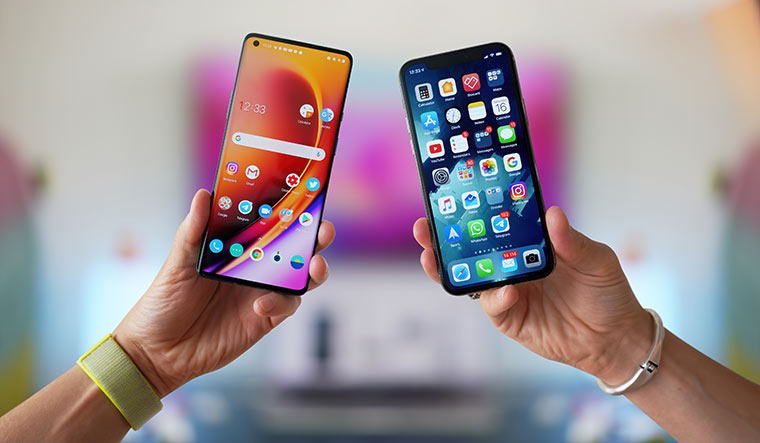 Android’s market dominance in India, and in the world, to an extent, is the result of the availability of Android phones at almost all price points. You can buy the decent Nokia C01 Plus 4G phone for about Rs7,000 and you can buy a Samsung Galaxy Z Fold 3 for Rs1.8 lakh.

On the other hand, the cheapest iPhone is Rs29,999 (after discounts offered by sellers). Flagships with all bells and whistles from some Android phone makers cost only as much, making themselves the first choice for even buyers with higher budgets.

There is, however, a catch. Android phone makers usually offer two OS updates, and only a few of them offer three. That means, a phone shipped with Android 10 would get Android 11 a year later and 12 a year after that. You might or might not get security updates from the manufacturer for another year or two.

iPhones, on the other hand, get OS updates for a far longer period. iOS 15, the latest, is offered even to iPhone 6S, which was launched in 2015. Apple supports these phones for a period even after the last OS update.

Phones these days carry a lot of sensitive data, from private photos to bank account details. A phone with a dated OS and obsolete security features is a sitting duck for cybercriminals. It may still be taking great photos and connecting all calls, but it is no longer as safe as it was.

Even if you pay a premium upfront while buying an iPhone, you will earn it back if you use the phone long enough. iPhones are built to last and Apple makes sure the software measures up by providing long support.

There is very little that separates Android and iOS when it comes to capabilities. The flagships from the likes of Samsung and One Plus are as well built as the iPhone and offer even better features. If only they offered longer updates.