No jealousy in romance; it is complete surrender: Mohanlal 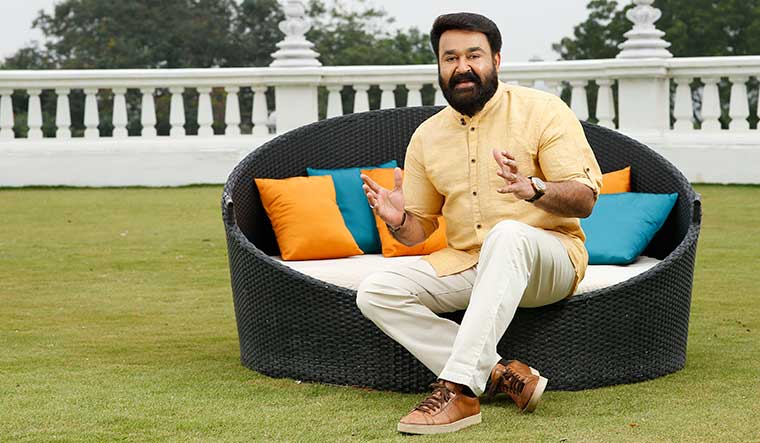 A conversation with Malayalam superstar Mohanlal is almost like talking to a spiritual guru. One gets to hear words like “love”, “divinity”, “happenstance” and “providence” multiple times. And, Lal testifies that a sort of “detached attachment”—almost in an Osho sort of way—is very important to him.

In a career spanning over 43 years, Lal has acted in more than 360 films in different languages, winning hearts and accolades. In a chat with THE WEEK, he opens up about life, relationships, politics and the next release, the much-awaited Marakkar: Lion of the Arabian Sea, which will hit screens on December 2.

Q\ After a gap of almost two years, your film is going to hit the theatres. What are your thoughts?

A\ A film on Kunjali Marakkar has been a dream that Priyan (director Priyadarshan) and I have shared for the last 25 years. Marakkar is one of our earliest freedom fighters and the first naval commander who fought for our country. But not many people know about him as not much has been written about him. It remained a distant dream for many years. But as destiny would have it, it is happening now after a series of hurdles.

Q\ You are said to be a ‘natural actor’. How did you prepare for this role?

A\ Kunjali Marakkar was a real person. Even though the story may have happened in the past, the emotions of people are the same. People get angry the same way; people love each other the same way. This Marakkar has been performed according to my perspective, and we arrived at it after years of research and subtle detailing.

Q\ You have a decades-long association with Priyadarshan.

A\ We have mutual respect. We understand each other so well. He knows what I am capable of, and I understand what he wants. We trust each other completely. He has pan Indian exposure and is one of the most sought-after filmmakers in the country. He has grown with every film. It was destiny that brought us together.

Q\ There were rumours that Marakkar’s producer wanted to release the film on an OTT platform.

A\ We always wanted a theatre release, as it is a movie for big screens. But in the Covid-19 scenario, there were some apprehensions. It will be released later on OTT platforms.

Q\ Your previous film, Drishyam 2: The Resumption, was produced exclusively for OTT platforms and was a super hit. How do OTT platforms impact content and production?

A\ OTT platforms opened up new opportunities for hundreds of people and helped many families survive the pandemic. A traditional Kerala Christian name like Georgekutty (the protagonist of Drishyam 2) became popular across the country; this was possible only because of the OTTs. It does impact content as there is not much censorship and allows more creative freedom.

Q\ You have done several characters that glorified toxic masculinity in your career.

A\ A movie becomes a hit when common people identify with the characters. When a hundred people watch a film, there will be a hundred perspectives. Those films had great storylines, and all those dialogues had a context. A dialogue becomes toxic only when we place it out of context. Context gives value to every scene. And if one look closely, love is camouflaged in all such films... But is there any point in performing a post-mortem on films that I did 25 years back? 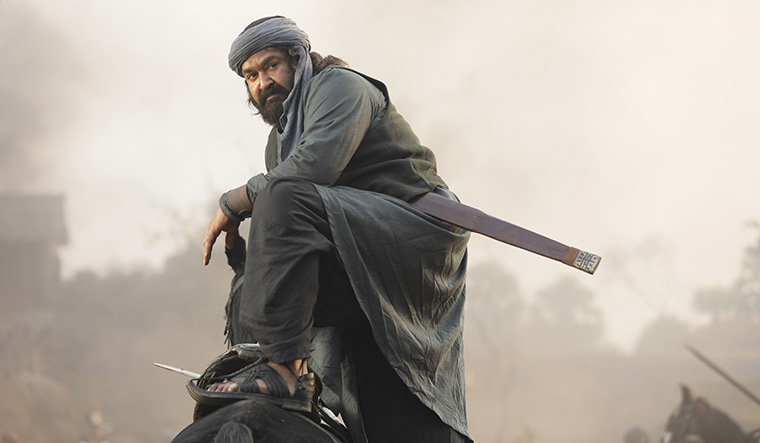 Making history: A still from the film Marakkar: Lion of the Arabian Sea.

Q\ Dramatic changes happened in Malayalam cinema in the last decade. Now Mollywood has more female-centric films and female characters who are bold enough to say “sex is not a promise” to the hero. I asked the previous question in this context.

A\ The whole world is changing. Male-female equations also have changed. It is good that things are changing. As I said earlier, everything looks awkward when taken out of context. I am a performer, and my responsibility as an actor is to do justice to the character. That is my social commitment.

Q\ Kerala is a state where people have strong political affiliations. But you seem to be an exception.

A\ I am socially conscious and observe what is happening around me. I have no proximity to any party, or rather, I connect with all parties. My ultimate affiliation is towards my country only.

Q\ You have a close relationship with both Prime Minister Narendra Modi and Kerala Chief Minister Pinarayi Vijayan—two leaders who are diametrically opposite in their ideologies.

A\ Modi is our prime minister and Pinarayi Vijayan is my state’s chief minister. They are in those positions because people trust them. Both want the best for the people of this country. My relationship with them is not political but personal.

Q\ Coming back to films, what are your criteria for choosing a film?

Q\ Late actor Srividya once said that Mohanlal was born to be an actor. When did you realise that you want to be one?

A\ Everything in my life is a coincidence. I entered films because a friend applied for an audition on my behalf. I have had the luck to be part of some good films of many great filmmakers like Aravindan, Bharathan, P. Padmarajan, Blessy…. I just go with the flow, bowing to the sublime’s plans.

Q\ You are said to be a die-hard romantic—both onscreen and off-screen.

A\ Yes, I am. In the play Chayamukhi, Bhima says: “It is easy to love anyone, but what is difficult is to make others love us.” If we love someone, we need to go to any extent to look at things from their perspective. Love, for me, is complete surrender, not dominance. Many have misunderstood love and romance. Love is mundane, while romance is a beautiful state of mind. There is no jealousy in romance; it is complete surrender. Possessiveness comes out of fear.

Q\ Are you insecure—as a person or as an actor?

A\ An uncouth person like me survived in the film industry for these many years. That itself is the handiwork of the divine. I have never planned [my career], but have always gone with the flow. One becomes insecure only when one has unfulfilled dreams. The maximum that can happen to us is death. Then, what is there to be insecure about? My life has been a combination of happenstance and divine interventions. All I feel is gratitude towards the sublime.