OTT has been a lifesaver, says R. Madhavan 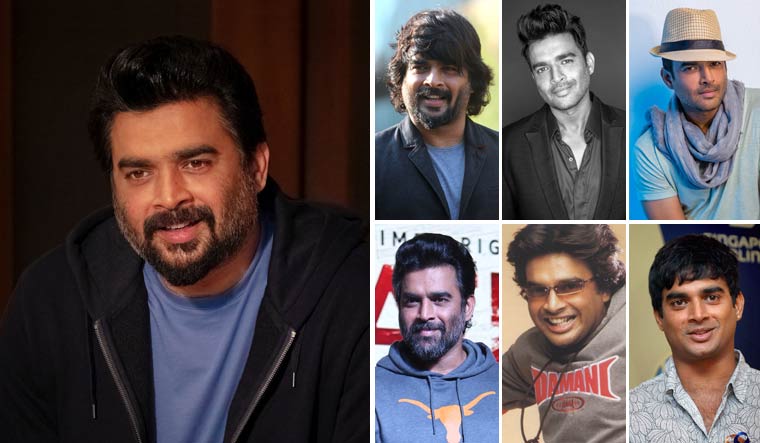 In June, actor R. Madhavan turned 51. This called for some serious introspection. After all, for most male actors from Bollywood, this is the 'definitive milestone' when they are legitimately entitled to romance leading ladies half their age and pull off age-defying stunts on screen. And so, before the subject even comes up, Madhavan “clears the air”. “No, you will not see me wooing younger women on screen. As much as my aging bones and legs would like that, I don't think my mind will allow it,” says the actor who moved on gracefully from his chocolate boy image in Rehna Hai Tere Dil Mein (2001) and Rang De Basanti (2006) to that of a stylish and serious encounter specialist in Vikram Vedha (2017) and a hulking angry man in Saala Khadoos (2016).

“Very early on in my career I decided to make my content age appropriate,” he says, referring to his upcoming comedy-drama on Netflix, Decoupled, in which he plays a sarcastic and delinquent middle-aged Arya Iyer, whose “uncompromised sense of objectivity in life” threatens his marriage to his CEO wife (Surveen Chawla). The couple decides to call it quits, but keeps finding reasons to be together, even as they navigate a maze of issues that typically symbolise today's urban marriages. The series, created by Manu Joseph and directed by Hardik Mehta, is slated to release on December 17.

In a way, Arya—as the difficult, yet loving husband and pulp fiction writer—adds a different dimension to Madhavan's filmography. In almost all his roles so far, you can either love him or hate him—but never both. This changed with Decoupled. Arya is likable for his honesty and innocence, but annoying for his indifference. As the actor puts it, “The challenge was to be Maddy and not be Maddy at the same time. The key was to make Arya as lovable as possible without him coming across as mean, because the things he says are harsh, which is why I thought there was a challenge.”

In this aspect, Madhavan has yet again managed to stick to his career mantra of not repeating his roles. “It is so easy to do story after story in the same vein and get more success,” he says. “For instance, after Rehna Hai Tere Dil Mein, I could have done four to five similar films, and so also with Rang De Basanti. That kind of excited me. I think I must have been a fool not to have exploited [that opportunity]. But then, having to constantly change and be aspirational for the next generation is actually a big challenge and for that, one has to move away from the industry. One cannot be surrounded by people from the industry and listen to the same views and not be completely separated from the public's feelings.” This is why he takes long breaks between projects—to be able to “go out and spend time on the ground to understand where the world is headed”. And once satisfied that the learning can be translated to the big screen, he goes “full hog” into it.

Madhavan has appeared in Tamil, Hindi, Kannada and English films, and the introduction of OTTs further enabled his personal ambition of providing fans with quality cinema. He was among the first to get onto the OTT bandwagon with Breathe (2018), Amazon Prime's second Indian original series. “OTT has been a lifesaver both before and after Covid-19. We were in a way pioneers with Breathe, and thankfully it worked very well for us. That was the risk we took and it paid off and then everybody jumped onto the OTT bandwagon,” he says. This year has been exceptionally good for the actor. His Tamil romantic drama, Maara, about a girl who comes across paintings of her favourite fairytales, released earlier this year. And so did the trailer of Rocketry: The Nambi Effect, in which he plays the former ISRO scientist and engineer, Nambi Narayanan. Happily ever after?: Madhavan and Surveen Chawla from Decoupled.

Madhavan is determined to give equal importance to his co-stars. “All my films have had extraordinary roles for the ladies, and it has been wonderful to lean back and see them perform well,” he says. “For the kind of romantic image I have, you got to have equally powerful women to lead from the front. So, be it Kangana Ranaut (Tanu weds Manu), Dia Mirza (Rehna Hai Tere Dil Mein), Soha Ali Khan (Rang De Basanti) or Ritika Singh (Saala Khadoos), they all have plum roles. I don't want to be the alpha male on the set because I don't think I possess enough talent for that. I will not pass an opportunity to act in iconic films just because I am not playing the main lead. I have done that over and over again, from Guru (2007) to Vikram Vedha and Maara. They all have substantial roles for others and that is what makes a great film."

When not on the sets, Madhavan is a doting father to his teenage son, Vedaant, who recently had his share of the limelight when he won seven medals at the junior national aquatic championships. “We are quite inundated of late with all the attention,” says the actor, who has over three million followers on Instagram. “I would like to say clearly that there are much better swimmers than him in the same age group in India, but because he is my son, he has gotten the attention. I am just in awe of him and my wife, who gets up every day at 4am to take him to the pool at 4:30am. And this kid has never once complained about getting up so early. He is focused and developing the kind of grit that I am grateful for.”

During the Aryan Khan controversy, there were many memes comparing the two boys. Madhavan had expressed his relief on the day of Aryan's release. As if referring to that episode, he says, “I am sure Vedaant is going to give me a lot of reasons to be anxious and stressed out, but as of now he is living his dream and I am happy to let him.”